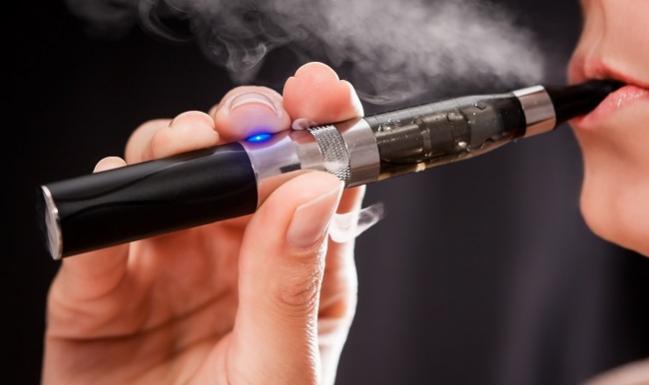 Despite the perception that “vaping” is less harmful than puffing away on a Marlboro, new research suggests that frequent use of electronic cigarettes may trigger the same biological changes that contribute to cardiovascular disease risk in tobacco smokers.

“In the United States people are worried about the health effects of electronic cigarettes, . . . but there’s really no data in humans,” said senior investigator Holly R. Middlekauff, MD (University of California, Los Angeles, CA). “What we found was that there are real, physiologic adverse effects from chronic e-cig use that are measurable.”

Studies conducted in smokers of traditional cigarettes have demonstrated changes in cardiac sympathetic activity, as well as increased oxidative stress and inflammation, compared with nonsmokers. These changes have been linked to an increased risk of cardiovascular disease. But until now, little has been known with regard to whether similar changes occur in users of e-cigarettes.

Middlekauff and colleagues, led by Roya S. Moheimani, BS, conducted their study in 42 young, healthy adults. They included 16 e-cigarette users who had vaped on most days for at least 1 year, and 18 controls with no history of smoking either traditional or e-cigarettes. Smokers of e-cigarettes showed signs of variability in heart rate, as measured during quiet rest and controlled breathing, that were suggestive of sympathetic nervous system predominance and diminished vagal tone. Compared with nonsmokers, e-cigarette users also had increased LDL oxidizability in their blood, a measure of increased oxidative stress.

To TCTMD, Middlekauff said while the observations are early and in a small group of subjects, they refute some claims that e-cigarettes are “harmless.” She added that epidemiologic studies with long-term follow up are needed to see if e-cigarette users do in fact develop cardiovascular disease.

Douglas Jorenby, PhD (University of Wisconsin Center for Tobacco Research and Intervention, Madison), who was not involved in the analysis, described the study to TCTMD as “an important first step” signaling that the field of epidemiology has learned that waiting decades to test for harmful effects, as was the case with traditional cigarettes, is a bad idea.

“We know more now about mechanisms [so] let’s not wait 40 or 50 years to see if there’s a signal in the epidemiologic data that [e-cigs] are having health effects,” he said. “It’s just good science to look for indicators that could suggest these may be functioning in a way that is similar to traditional cigarettes.”

The study was published online February 1, 2017, in JAMA Cardiology.

For the researchers, the findings “have critical implications for the long-term cardiac risks associated with habitual e-cigarette use.” Furthermore, they suggest that research is needed in the area of aerosolized nicotine and its metabolites to shed more light on whether frequent exposure results in sustained adverse physiologic effects that can increase the risk of cardiovascular disease.

Another issue for future research, they add, is whether all liquids used in the e-cigarettes are alike. They cite a 2016 study, which showed that only 1 in 11 e-liquids tested actually induced significant oxidative stress. The study was conducted with cultured human endothelial cells.

“Nonetheless, it remains likely that the heated, aerosolized nicotine, the humectants (propylene glycol/glycerol), and/or flavorings, all known or potential airway irritants, could lead to the presence of reactive oxygen species in the human airway, in turn leading to systemic oxidative stress,” Moheimani and colleagues write. Participants in their study used a variety of flavors and brands of e-liquid.

In an editorial, Aruni Bhatnagar, PhD (University of Louisville, Louisville, Kentucky), writes that studies of the cardiovascular effects of e-cigarettes are important. Despite the current lack of evidence to support claims that they pose less of a health threat than conventional cigarettes, there are numerous high-profile groups, such as Public Health England and the Royal College of Physicians, that have publicly stated they are likely to be 95% safer, he writes.

Bhatnagar says the new findings “demonstrate that the use of e-cigarettes is not without consequence and might impose cardiovascular harm and increase CVD risk.” However, the meaning of the changes observed by Middlekauff and colleagues—and their implications for e-cigarette users—remain unclear.

To TCTMD, Jorenby said research using more sensitive markers of cardiac risk such as carotid intima-media thickness (CIMT) and brachial artery responsivity may help shed more light on the physiologic changes and their meaning, as well as whether the changes may be reversible when people quit vaping.

Middlekauff hypothesized that nicotine is the most likely culprit for increasing CV risk, adding that there may be systems that are activated by nicotine and remain activated even when nicotine is not present. “The reason I think it’s the nicotine is that a) we know that it does increase sympathetic nerve activity and b) it’s the one known biologically active compound that’s common to virtually all e-liquids,” she said. Her group is looking closer at this issue by focusing on individual components of the liquids.

Jorenby pointed out that 10 of the 16 e-cigarette users were former smokers, which muddies interpretation of the findings. It’s questionable whether they are representative of most e-cigarette-only users, since some of them may have lasting CV effects from their smoking days. He added that although replication of the findings in larger cohorts is needed, evidence of biologic changes can be an important tool in patient counseling.

“With something as tenacious as nicotine dependence, it doesn’t do much good to just tell people ‘smoking is bad for you’ or ‘vaping is bad for you.’ It’s not that simple,” Jorenby observed. “But if a cardiologist can sit down with that patient . . . and give specific feedback based on risk-factor testing, measured changes, and people in their extended family who have died from cardiac events, they may be much more likely to persuade them to make a change in their behavior.”