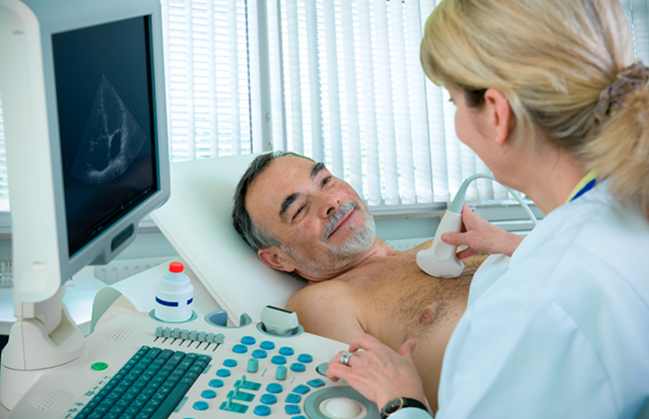 NEW ORLEANS, LA—Early administration of an investigational natriuretic peptide has the desired short-term effects in patients with acute decompensated heart failure, but that does not translate into better outcomes after hospital discharge, results from the TRUE-AHF trial show.

The approach did not, however, have an effect on myocardial microinjury or on longer-term risks of cardiovascular mortality and other clinical outcomes, he reported at the American Heart Association (AHA) Scientific Sessions 2016 here.

At a press conference, Packer said that the trial should be interpreted as a test of a scientific hypothesis and not as a comparison of ularitide and placebo.

There are two pathways involved in acute heart failure, he said. The first involves an increase in intravascular volume causing wall stress, hemodilution, and a worsening of heart failure events. The other includes myocardial microinjury and an acceleration of disease progression leading to increased rates of hospitalization and cardiovascular death. The question tested in TRUE-AHF, Packer said, is whether intervening on the first pathway leads to beneficial changes in the second.

The trial—conducted at 156 centers in 23 countries—randomized 2,157 patients with an unplanned hospitalization or emergency department visit for acute decompensated heart failure to receive a 48-hour infusion of ularitide or placebo, which was begun a median of 6.1 hours after the initial assessment.

Packer said ularitide had the expected effects, inducing a drop in systolic blood pressure and a greater reduction in cardiac wall stress versus placebo. Both effects wore off after the infusion ended. The drug also increased hemoglobin and serum creatinine and decreased hepatic transaminases, which indicates that intravascular decongestion was achieved. In-hospital heart failure events and the need for treatment of persistent or worsening events were also reduced during the infusion.

Those effects did not, however, prevent cardiac microinjury, as indicated by troponin measurements. There was no difference between arms for a hierarchical clinical composite endpoint at 48 hours (one of the two co-primary endpoints). The intervention also had no effect on cardiovascular mortality (the other co-primary endpoint). During a median follow-up of 15 months, there were 236 cardiovascular deaths in the ularitide arm and 225 in the placebo arm (HR 1.03; 95% CI 0.85-1.25).

Primary endpoints were cardiovascular mortality and a hierarchical clinical composite at 48 hours (included moderate or marked improvement in symptoms at 6, 24, and 48 hours within in-hospital worsening heart failure or death, modest improvement or unchanged symptoms, worsening of symptoms at 6, 24, or 48 hours, persistent or worsening heart failure (in-hospital) requiring IV or mechanical interventions during first 48 hours, and death during first 48 hours)

As expected, according to Packer, the major side effect of ularitide was hypotension, which occurred more frequently than in the placebo arm (22.4% vs 10.1%). Aside from that, the drug was well tolerated, he said.

A Series of Failed Therapies for Acute Heart Failure

Discussing the study at the press conference, Clyde Yancy, MD (Northwestern University Feinberg School of Medicine, Chicago, IL), a past AHA president, said TRUE-AHF is an informative trial despite the fact that ularitide did not improve outcomes over placebo.

Yancy pointed out that several therapeutic approaches have been explored as potential single interventions to change the natural history of acute decompensated heart failure, with little evidence of benefit.

Following the results of TRUE-AHF, he said, there is now a need to consider whether other drugs or devices may help improve outcomes in this patient population. “In these failures, we’ve been informed [about] what we need to do differently for this condition,” Yancy said.

But several important questions remain regarding the need for new drugs, better phenotyping, or better targets; the role of devices; whether it would be worthwhile to return to neurohormonal targets known to be dysregulated in heart failure for which effective interventions already exist; and whether the hypothesis explored in TRUE-AHF is worth pursuing further.

To that last point, Yancy said: “I think a compelling statement can be made that the results of TRUE-AHF really negate the importance of this particular component in our treatment strategy.”