The changes included pyramid scheduling, installing an electronic whiteboard system, and increasing the use of a patient prep and recovery area. 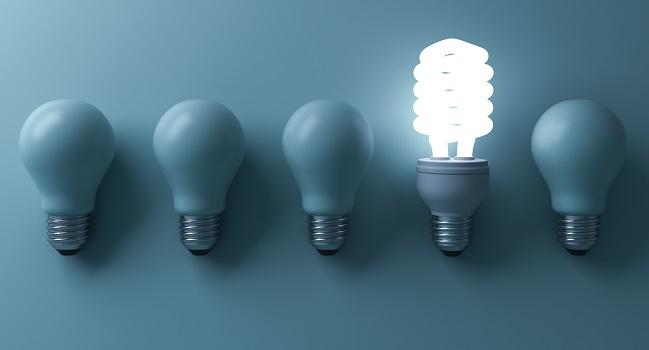 Systematic improvements made to the operations of a busy cath lab—including the institution of a pyramidal nurse staffing system, an electronic whiteboard, and greater use of a patient “holding” area—resulted in a gain of at least 5 hours per day of lab utilization as well as greater employee satisfaction. While every institution is unique, the researchers who took part in the effort suggest that productivity can be increased globally with a few mindful changes and, of course, employee and administration buy-in.

“Cardiac catheterization laboratories are run by doctors [who are not taught] managerial skills” as part of their training, senior author and cath lab director Samir R. Kapadia, MD (Cleveland Clinic, OH), told TCTMD. Also, “most cath lab directors are extremely busy clinically, so the organization of the cath lab is the goal, but it is not the primary job.”

For their study, published online this week ahead of print in JACC: Cardiovascular Interventions, Kapadia along with Grant W. Reed, MD (Cleveland Clinic), and colleagues looked back on the effect of changes they implemented to their cath lab operations for nonemergent cases in June 2014. After surveying nurses, doctors, and other staffers who worked in the cath lab, they made the following improvements:

Comparing data from 1 year before and 2 years after their processes changed, the researchers found that start times improved over time, with only 63.9% of cases starting by the goal of 7:45 AM in the earlier period and 88.8% doing so in 2016. Moreover, the average case start time went from 7:59 AM at the beginning of the study to 7:42 AM at the end (P = 0.0024), amounting to at least an extra 2 hours of cath lab use time per day assuming eight rooms were active.

Room turnaround times were consistently under the goal of 17 minutes, but these improved over time (P for trend < 0.0001). Specifically, average room turnaround time decreased from 20.6 minutes before the changes were implemented to 16.4 minutes in 2016, amounting to a gain of about 3 hours of cath lab use minutes per day assuming their average case load of 48 cases. Additionally, the proportion of days when the cath lab as a whole was operating at full capacity increased from 7.7% to 77.3% before and after the changes were made (P < 0.0001).

Importantly, there were no increases in overtime as a result of the operations improvement program, and there was even a reduction in the number of full-time cath lab employees from 36.1 in 2013 to 29.6 in 2016. Employee satisfaction went up as well, as measured by Press Ganey surveys.

Kapadia said he started looking into ways he could increase the efficiency of his cath lab when he first took the job, but commented that the literature was limited in this regard. He spent time visiting other comparable cath labs to see what they did differently, and those observations helped him decide what he wanted to implement back home. “Most of the places I visited had a problem that doctors seemed to want to do certain things and the nurses would . . . want to do certain things,” Kapadia remembered. “If this kind of dichotomy exists, there's no way to improve operations.”

So firstly, he set out to make sure there was good communication among all cath lab staff members at his institution, specifically spending 45 minutes with each of the 57 nurses to gauge their thoughts.

“We formed groups with the doctors and the nurses, and we got leadership from the nurses to say that, ‘Listen, we are all in this together.’ That was I think the most important first step, which took almost more than a year to accomplish,” Kapadia said. Then it was only a matter of receiving buy-in from the institution to provide funding for the electronic whiteboard system as well as general encouragement and acceptance of change.

In an editorial accompanying the study, R. David Anderson, MD, and Michael Massoomi, MD (UF Health at the University of Florida, Gainesville), write that “cardiac catheterization laboratory inefficiencies are nearly universal and most face various challenges while striving to increase throughput. There is a necessary balance between patient safety and satisfaction, employee fulfillment and retention, and overall quality of care. . . . Though we all may experience similar sources of delay, our approaches must be unique and tailored to our specific programs.”

There is no reason why other cath lab leaders wouldn’t be able to implement some of the same changes that he spearheaded, Kapadia said. All of the changes they made are “very portable,” especially given the fact that there is “nothing proprietary” or anything that is cost prohibitive.

In fact, he encouraged other cath lab directors to think about improving efficiency, especially in the current era. “We have a very tight budget with the healthcare environment that we live in, so we cannot waste money,” Kapadia commented. “You save money by organizing yourself.”

Perhaps the biggest challenge, though, in moving forward with an organizational improvement program is the need for a “champion,” he said. “You have to have a person who has buy-in from all the people including the hospital administration, nurses, and the physicians who work in the cath lab. They should trust this person to say that, ‘Okay, whatever they're doing, there's no agenda. It is just to make our system better.’”

Anderson and Massoomi add that “most or all institutions will have to come to terms with their own version of quality or process improvement. It is certainly more desirable that the stakeholders drive the process before an outside entity does it for us.”

Managing Occupational Hazards and Burnout in the Cath Lab

Is it a Board or a Battlefield? Managing Doctors and Case Flow in Your Cath Lab