A new study finds English patients more likely to not undergo repair and to experience rupture and aneurysm-related death. 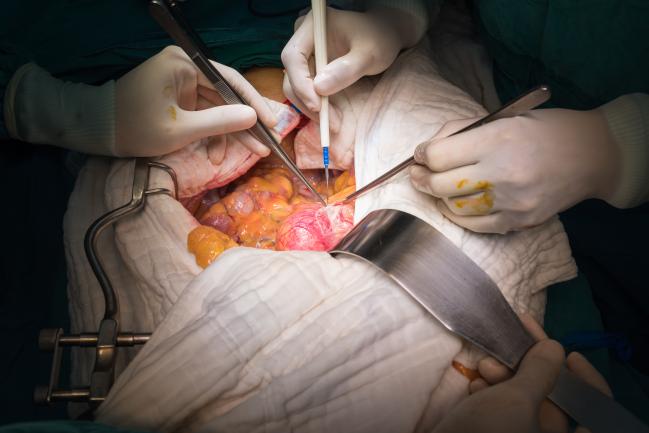 Compared with the United States, physicians in England may be waiting too long to intervene in patients with abdominal aortic aneurysm (AAA), as evidenced by new data showing that aneurysm diameters are larger at the time of repair, and that rupture and aneurysm-related death are both higher.

Reporting their findings online November 23, 2016 ahead of print in the New England Journal of Medicine, the researchers also found that the likelihood of AAA repair in England—by either endovascular or surgical means—was half that of the US (OR 0.49; 95% CI 0.48-0.49).

“I think the take-away message for physicians and national authorities is that we must pay attention to our non-operative rate and the outcomes of non-operated patients to the same extent as we currently scrutinize our operative outcomes,” lead author Alan Karthikesalingam, PhD (St. George’s University of London, London, England), told TCTMD in an email.

The NEJM data, which looked at AAA differences between the two countries from 2005 through 2012, found that intact aneurysms at the time of repair in England were about 5.3 mm larger than similar aneurysms at the time of repair in the US (P < 0.001). Furthermore, repair at an aneurysm diameter < 55 mm was more common in patients undergoing EVAR than those undergoing open surgical repair in both the US and England. International guidelines recommend considering intervention for aneurysm diameters above 55 mm in men or 50 mm in women. According to Karthikesalingam, the findings from the US and England support the hypothesis that “the lower operative mortality of EVAR is associated with lower diameter threshold and an influence on practice patterns.”

When patients from either country were selected for aneurysm repair, in-hospital mortality and rates

of 3-year survival were similar regardless of intervention type, suggesting that a greater degree of aneurysm repair in the US does not come at the expense of greater perioperative or postoperative risk, the authors add.

To TCTMD, Karthikesalingam stressed that the study is observational and therefore cannot demonstrate a causal link between EVAR and threshold diameter, “nor can we draw causal inference that EVAR uptake was directly responsible for the discrepancy in population-level death rate/rupture.”

Contemporary research is required to establish and define the causal link between operative delay (or non-operative rate) and population rates of AAA-related death, said Karthikesalingam, adding that “perhaps international guidelines could then consider how we can discourage risk aversion or how we might better monitor/publish non-operative rates alongside operative mortality.”

Importantly, inferences cannot be made about other parts of Europe based on the data from England.

“I don't think that is safe to say that [things are the same] because we don't yet have data to comment on comparative AAA repair rates in the rest of Europe, or elsewhere in the world,” Karthikesalingam said. “We know . . . that there is considerable variation in AAA repair practices across Europe.”