The ESC Congress heads back to Munich with more “late-breaking” trials than could be crammed in a Hofbräuhaus beer stein. Stay hydrated. 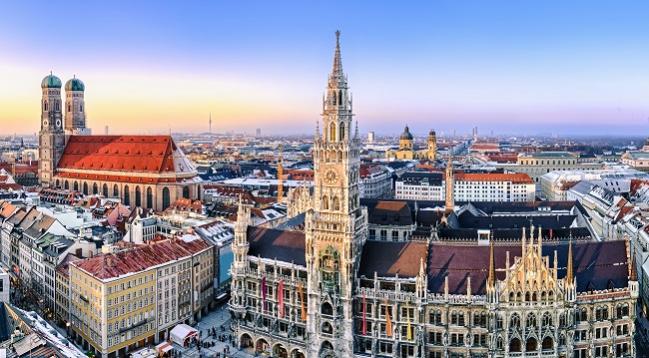 Later this week, leaders of the European Society of Cardiology (ESC) are gearing up to willkommen 31,000 cardiologists and other healthcare professionals from 150 different countries back to Munich, Germany, for the ESC’s annual 5-day Congress. The last time the meeting was held in the Bavarian capital, famous for its Rathaus-Glockenspiel and oversized beer steins, was 2012.

A whopping five different types of sessions have been grouped as “late-breaking” in this year’s program. These include the main tent “Hot Line” sessions, five in total, each featuring three to four trials. In addition to those are an additional 13 “Late-Breaking Science” sessions, grouped according to specialty: interventional cardiology, pharmacology and pharmacotherapy, imaging, telemedicine, arrhythmias/electrophysiology, and heart failure. Rounding out the list are late-breaking registries (four sessions), clinical trial updates (one session), and two basic science and translational hot-line sessions.

Speaking with TCTMD last week, Bax zeroed in on a range of trials sprinkled across the five session types that he predicts will have a significant impact on cardiovascular care.

Hot Line Session 1 kicks off Sunday, August 26, with three trials, two of which Bax flagged to TCTMD. CAMELLIA-TIMI 61 is a 12,000-patient study examining the cardiovascular safety of the widely used anti-obesity drug lorcaserin (Belviq; Eisai). This trial, said Bax, will of no doubt be of major interest, particularly to physicians who weathered the fen-phen debacle of the 1990s, when another heavily marketed obesity drug, fenfluramine/phentermine, was approved in the United States without a black-box warning despite early signs linking the agent with pulmonary hypertension and valvular disease. Topline results for CAMELLIA were released last month by the manufacturer, Eisai, indicating that the drug did not increase the incidence of cardiovascular events in obese patients taking the drug, but did appear to reduce the development of diabetes while improving a range of cardiovascular risk factors.

Also in this opening Hot Line is MARINER, Bax noted. This is the 12,000-patient trial looking at rivaroxaban versus placebo in preventing symptomatic venous thromboembolism (VTE) and VTE-related death after hospital discharge in high-risk, medically ill patients.

Rounding out this session is ARRIVE, one of two Hot Line trials addressing the time-honored place of aspirin in the primary prevention of CVD. ARRIVE is looking at daily low-dose aspirin to prevent cardiovascular disease events among patients at moderate (10-20% over 10 years) risk of CV events. The other major aspirin trial, ASCEND, is part of Hot Line Session 2, later in the day, and is addressing the use of aspirin for preventing cardiovascular disease among almost 15,500 patients with diabetes but no heart disease.

“There has never been a trial that shows that if you give every diabetic patient an aspirin, and they don’t have cardiovascular disease, that their outcomes are going to be better,” Bax said.

A second part of the ASCEND study, immediately following the presentation of the aspirin results, looks at omega-3 fatty acids in the same primary prevention population of diabetic patients.

Hot Line Session 3, on Monday morning, has three trials that made Bax’s list. The first, COMMANDER HF, is comparing rivaroxaban (Xarelto; Bayer/Janssen) to placebo among more than 5,000 patients with heart failure and significant CAD following an episode of acute, decompensated heart failure. The other, GLOBAL LEADERS, is a 16,000-patient, randomized comparison of 24 months of ticagrelor (Brilinta; AstraZeneca) plus one month of aspirin versus 12 months of dual antiplatelet therapy followed by aspirin monotherapy in an all-comers population undergoing PCI.

A third trial in this same Hot Line Session is also on Bax’s radar: the hotly awaited MITRA-FR trial testing the MitraClip (Abbott) in functional mitral regurgitation (MR). As previously reported by TCTMD, results from both MITRA-FR and COAPT, which will be coming out next month at TCT 2018, are addressing whether use of the device, which is currently US Food and Drug Administration approved for primary MR, is also safe and effective in secondary MR, where it is widely used off-label. MITRA-FR randomized just under 300 patients to clip coaptation or optimal medical therapy, with a primary endpoint of all-cause mortality or unplanned hospitalizations for heart failure at 12 months.

Experts in this space have predicted that the mortality benefit may be difficult to prove, particularly among patients with advanced disease at the time of onset. Symptomatic benefit has been documented in nonrandomized studies and may be enough to sway some physicians and patients, Bax noted.

“We are all constantly looking for improving or prolonging survival,” Bax told TCTMD. “But I would say in diseases that are highly symptomatic, in those diseases you could easily think that reducing symptoms is probably equally good as survival, from a patient perspective. In other words, this is adding life to years versus years to life.”

Among the trials in Hot Line Session 4, on Tuesday morning, are a new analysis from the massive, ongoing PURE cohort—this one looking at diet quality and subsequent cardiovascular disease—as well as VERDICT, addressing early versus deferred invasive examination and treatment of patients with non-ST-segment elevation acute coronary syndromes using computed tomography.

For Congress-goers wanting to stick with their own subspecialty, the “Late-Breaking Science” sessions begin Saturday and run through Tuesday afternoon. There are two devoted to interventional cardiology—one Saturday and the other on Tuesday. Transcatheter valves have their own late-breaking registry session Tuesday afternoon. Included in this batch, said Bax, are two well-known registries, each delivering new results. These include 1-year results in low-risk TAVR patients in GARY TAVI, and 5-year follow-up from the FRANCE 2 registry, with a focus on durability and thrombosis, said Bax.

Several headline-making trials first presented over the last 12 months are back for an encore in the two clinical trial update sessions, Bax noted. Investigators from COMPASS, for example, will present a new analysis of bleeding and cancer risk in patients with vascular disease treated with rivaroxaban. That same Sunday morning session also includes new data from CABANA, the ablation trial first unveiled at the Heart Rhythm Society 2018 meeting. At the ESC Congress, investigators will unveil new data taking a closer look at rates of recurrent atrial fibrillation among patients randomized to either catheter ablation or antiarrhythmic drugs.

Beyond the Big Trials

In all, this year’s meeting boasts 4,500 abstracts across 400 cardiology topics, grouped into six “villages”: Preventive Cardiology, Hypertension, Imaging, Basic Science, Heart Failure, and Arrhythmias and Devices. A “spotlight village” is hosting sessions devoted to the theme of this year’s meeting: Valvular Heart Disease.

The ESC always uses its major meeting to unveil new guidelines and updates, and this year is no exception. A total of three new practice guidelines—covering myocardial revascularization, CVD during pregnancy, and arterial hypertension—and one expert consensus document, the Joint Fourth Universal Definition of Myocardial Infarction, will be released at this year’s meeting. Guideline sessions will also cover the 2018 syncope recommendations, first released earlier this year at the European Heart Rhythm Association meeting in Barcelona, Spain.

Beyond the science, Bax assured TCTMD that this year’s organizing committee has taken pains to make the experience aesthetically appealing, in addition to being educational. Rather than being tucked away in a dark, windowless hall of the convention center, this year’s posters can be found in a brightly lit hallway complete with “light, soft music,” Bax said. “This will sort of make people appreciate being inside and seeing new things.” Also novel this year are special sessions in the “library room”—casual seating that lends itself both to clinical crosstalk and also something Bax described as “close to my heart.” This is a special session, on Sunday afternoon, dedicated to physician burnout.

Much celebrated for its beer and bratwurst, Munich is not particularly well known as a heart-smart city, despite the warren of paths in the sprawling Englischer Garten at the city center. For conference-goers who can’t lace up to get a work-out in during the action-packed program, Bax assured TCTMD that there will be plenty of exercise to be had simply tramping the length of the convention center—formerly an airport hangar.

There is also one day of special heart-healthy programming outside the ESC Congress itself. On Saturday, August 25, the ESC in partnership with the German Heart Foundation is hosting Healthy Hearts for Munich, geared towards educating the public about cardiovascular risks. The all-day program held in the city’s center, Odeonsplatz, offers lectures, a walk-in model of a heart, healthy food stands, a group exercise program in the square, and the chance to play against the German women’s ice hockey team.

TCTMD reporters Todd Neale, Michael O’Riordan, and I will be furiously filing stories from the convention center in Munich. Bookmark TCTMD on your mobile device or follow us on Twitter for breaking news and updates.