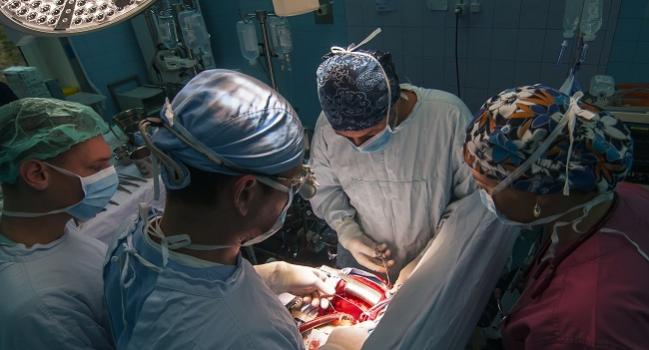 Patients with diabetes and multivessel coronary artery disease have fewer adverse events, including death and MI, with a surgical revascularization versus PCI, according to results from a Canadian registry. Importantly, the long-term advantage of surgery was evident in patients with and without ACS.

“The early and late benefits seen with CABG in our cohort of mainly ACS patients raise the possibility that in the current era, further gains may be made by moving beyond ad hoc PCI as the default procedure in diabetic patients with [multivessel] CAD,” write study authors led by Krishnan Ramanathan, MB, ChB (University of British Columbia, Vancouver, Canada).

The registry results are closely aligned with those of the randomized FREEDOM trial, which demonstrated an advantage for CABG over PCI in the form of lower rates of MACCE (composite of all-cause mortality, nonfatal MI, and nonfatal stroke). The FREEDOM investigators also reported a borderline reduction in the individual endpoint of all-cause mortality favoring CABG over PCI with DES.

Unlike in FREEDOM, many more patients in the Canadian registry had recent ACS. According to Ramanathan and colleagues, their registry sought to assess the real-world generalizability of FREEDOM and analyze the ACS subgroup. Among those with ACS in the registry, 65.2% underwent PCI and 34.8% underwent CABG.

Looking longer term, rates of MACCE and its individual components, with the exception of stroke, were lower in CABG patients from 31 days to 5 years in the overall population. All-cause mortality was 52% lower, MI was 60% lower, stroke was 20% lower, and repeat revascularization was 72% lower.

Unlike the early results, the late results (31 days to 5 years) showed that both ACS and stable patients benefited in terms of lower MACCE rates with CABG versus PCI. For both groups, the reduction in MACCE was 33%.

The registry study was conducted between 2007 and 2014, enabling researchers to conduct detailed sensitivity analyses of outcomes with first- and second-generation DES. Using the year of the procedure as a proxy for second-generation devices, there was no further attenuation of the advantage of CABG over PCI in the early or late periods.

Ramanathan and colleagues say the results need to be validated by “other large, population-based registries, and a randomized controlled trial of CABG versus PCI in the ACS population is needed to inform practice guidelines.”

In an editorial accompanying the study, Sripal Bangalore, MD, MHA (New York University School of Medicine, New York, NY), and Deepak L. Bhatt, MD, MPH (Brigham and Women’s Hospital, Boston, MA), note that better equipment and technique for complex PCI has increased the potential for complete revascularization, which was a concern with first-generation DES. But in the absence of contemporary randomized trials, they say registry data such as that from the Canadian group provide important insights into optimal management of diabetic patients with ACS.

According to Bangalore and Bhatt, the finding of a lower risk of death and stroke with CABG versus PCI could be due to residual confounding.

“Although the superiority of CABG over PCI over short-term follow-up in the ACS cohort is difficult to explain, it is possible that inability to identify the true culprit lesion in diabetic non–ST-segment elevation myocardial infarction patients undergoing PCI results in less protection against recurrent ischemic events than does complete revascularization,” they write. Regardless, they agree with the registry authors that a randomized trial is needed.

Studies Support DES Use in Diabetics, But Results Vary by Device