The findings might help guide development of systems of care in the developing world, one expert says. 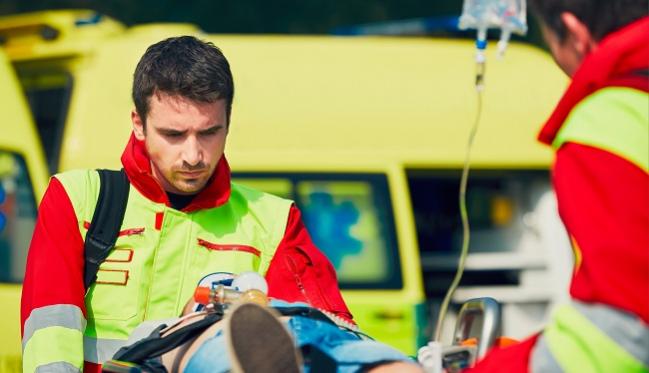 When opting for a reperfusion strategy for STEMI that includes fibrinolytics, fibrin-specific agents combined with parenteral anticoagulants are the best choice, a network meta-analysis affirms.

“Significant differences exist among various fibrinolytic regimens as reperfusion therapy in STEMI and alteplase (accelerated infusion), tenecteplase, and reteplase should be considered over streptokinase and nonaccelerated infusion of alteplase,” lead author Peerawat Jinatongthai, BScPharm (Ubon Ratchathani University, Thailand), and colleagues report in the August 19, 2017, issue of the Lancet.

Moreover, they say, “the addition of glycoprotein IIb or IIIa inhibitors might be undesirable in view of the significant increase in bleeding risk despite the potential added benefit of mortality reduction.”

Commenting for TCMTD, Adhir Shroff, MD (University of Illinois at Chicago), said the findings do not have much relevance for physicians practicing in developed countries like the United States—except in some rural areas—because most patients with STEMI are able to undergo primary PCI. On the other hand, he noted, use of fibrinolytics is more important in the developing world, where many—if not most—patients do not have access to primary PCI because of infrastructure or economics.

“If you’re in rural Africa or India or Pakistan and you need to develop a system, [the meta-analysis] does give you some guidance [regarding] the drugs which may provide the most benefit,” Shroff said, adding, however, that the more effective medications also tend to be more expensive. That might be a deciding factor when it comes to choosing a fibrinolytic in a developing or economically challenged country.

“It’s a much more complicated issue than just knowing what drugs to use,” he said. “I think people know what the drugs are—there’s not a lot of big questions about that. It’s whether they can afford it, whether they can deliver that medication to those patients.”

Fibrin-Specific Agents Come Out on Top

For the network meta-analysis, the investigators included 40 randomized controlled trials with a total of 128,071 patients. The studies, published between 1986 and 2005, compared fibrinolytic agents alone or in combination with adjunctive antithrombotic therapy with other agents, placebo, or no treatment. Only medications approved for STEMI reperfusion therapy—streptokinase, tenecteplase, alteplase (either accelerated or nonaccelerated infusion), and reteplase—were included.

All in all, a cluster rank plot incorporating both mortality and bleeding pointed to the fibrin-specific agents—accelerated alteplase, tenecteplase, and reteplase—as having the lowest risks when combined with parental anticoagulants. The addition of glycoprotein IIb/IIIa inhibitors pushed bleeding risk higher.

“The current study has the most clinical relevance for settings in which access to cardiac catheterization is absent given that the authors excluded studies assessing acute pharmacoinvasive strategies or early transfers for catheterization after initial fibrinolytic administration,” they continue. “The latter is a preferred approach when available given its association with improved clinical event rates.”

Shroff said that looking to older data—the most recent trial in the meta-analysis was published in 2005—and applying them to current practice can be a challenge, particularly when treatments have changed so much in the interim. “If you were to repeat all these trials in 2017, would the outcomes be exactly the same or not?” he mused.

That said, he added, “the data is still the data, and it is nice to be able to use all those patient experiences to learn new things.”

Chatterjee and Giri commend the authors for “recognizing that data from past randomized trials do not expire and could have relevance to current clinical practice, especially when we take a broader global view of healthcare. Studies such as the current one might not carry the commercial appeal of those testing the most novel devices or therapeutic agents, but their effect on global health may be substantial.”

They underscore the importance of moving toward more personalized approaches to delivering care, however.

“We must strive to understand treatment-level heterogeneity and tailor our therapies to the individuals who will derive the greatest benefit from them,” Chatterjee and Giri write. “For example, some lower-risk patients might actually benefit from the addition of glycoprotein IIb/IIIa inhibitors—an approach that seems to be unfavorable at the population level. To realize these goals of tailored, personalized therapies, we must encourage more widespread sharing of patient-level data from clinical trials.”

E-Cigarette Use in Youth Linked With Smoking Initiation, Escalation