A novel algorithm for wearable fitness trackers and smartwatches may enable large-scale identification of undiagnosed atrial fibrillation (AF), according to the virtually conducted Fitbit Heart Study of nearly half a million people. But how finding these arrhythmias might affect treatment, and ultimately outcomes, remains the big unknown. 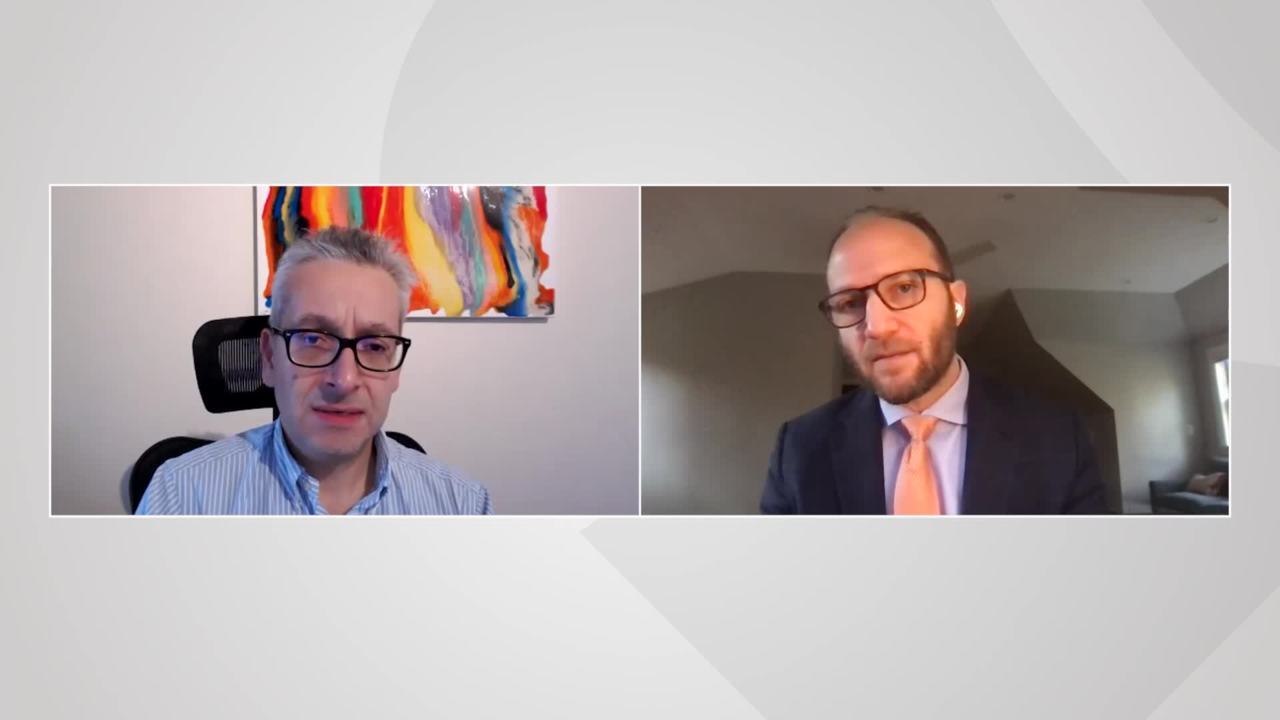 The comparison between this study, sponsored by Fitbit, and the Apple Heart Study “are salient,” said Steven Lubitz, MD, MPH (Massachusetts General Hospital, Boston), who presented the new data at the virtual American Heart Association 2021 Scientific Sessions today. “A lot of these algorithms require that participants be inactive at the time that the pulse is sampled,” he told TCTMD. “So that's not unique to this particular algorithm that we studied; that's more or less a limitation of the current technology. And one could imagine scenarios or algorithms in the future that can interpret data during periods of activity to sample over a longer period of duration.”

What the Fitbit Heart Study did demonstrate, Lubitz continued, is “a very high positive predictive value” for identifying AF in patients who received an alert from the app and then had a telemedicine appointment and wore and returned an ECG patch monitor for confirmation. “The values that we saw in our study are higher than have been previously reported by other software algorithms, including the Apple Heart Study, and were stable in an elderly population, so those aged 65 or older. That's an important subgroup of individuals, because if they have atrial fibrillation, they are at the highest risk of having an ischemic stroke.”

Rashmee Shah, MD (University of Utah School of Medicine, Salt Lake City), commenting on the study for TCTMD, said that the potential 70% false-positive rate—822 out of 1,162 patches returned did not confirm AF—in the study is “high.” While her knowledge as a cardiologist might allow her to disregard an alert prompted by a device she was wearing, said Shah, “if my parents got that alert, I'm not so keen about ignoring it. It causes anxiety. It requires more engagement with the healthcare delivery system, which is not easy.”

Over time, she said she anticipates this problem will lessen as screening becomes more tailored to at-risk populations. “Screening everybody, everywhere always has problems because of low prevalence. When the prevalence of the condition in the population is really, really low, you are almost always going to have high false-positive rate,” Shah said.

Also, she added, AF is “rarely isolated,” meaning that many of the adults in whom wearable devices detect the arrhythmia may actually have heart failure or mitral stenosis, for example. Shah said the next step will be using this technological approach in conjunction with telemedicine to catch and treat these overarching conditions.

And that’s a key concern. While the Fitbit Heart Study addressed the important question of whether the technology can identify AF, said Sana Al-Khatib, MD (Duke University Medical Center, Durham, NC), who discussed the findings during a press conference, “they really did not test whether this detected A-fib can translate into improvement in patient outcomes.”

For the study, Lubitz and colleagues developed a novel software algorithm which analyzes the optical photoplethysmography (PPG) sensor heart rate data the wearable collects to detect at least 30 minutes of irregular rhythm (11 out of 11 irregular tachograms) and deliver a user warning. “The algorithm only operates if the participant is inactive, and that's judged by accelerometers on the device,” Lubitz explained.

They enrolled 455,669 US adults at least 22 years old with no prior history of AF or flutter with a compatible Fitbit tracker or smartwatch and smartphone app. Participants were excluded if they were on oral anticoagulation or had a pacemaker or defibrillator. Over a 5-month period during the COVID-19 pandemic, 4,728 participants (1%) received an irregular heart rhythm detection (IHRD) notification, of whom 1,671 completed a telemedicine appointment. ECG patches were shipped to 1,409 participants, and 1,162 were returned for analysis. AF was confirmed in 340 (32.2%).

“That's a marked enrichment compared to other trials of screening for atrial fibrillation which used ECG patch monitors without any type of pulse irregularity prescreening that occurs,” Lubitz said, noting that the participants who had AF on the patch monitor had a “relatively high burden of AF” at 7% and a median duration of the longest episode being 7 hours.

The overall positive predictive value for the concurrent AF on the ECG patch was 98.2%. This was stable by sex and age over and under 65 years.

Although cost-effectiveness of this type of screening method has come up in the past, Lubitz said that wasn’t a focus here in Fitbit Heart. “To reframe this study a little bit,” he explained, “the way we thought about this was among individuals who are existing users of wearable devices—who are consumers, they've already purchased a device—if we were to turn on this algorithm, would we be able to accurately detect atrial fibrillation? I think the result of that is yes based on the results of the study.”

In the future, it may well be that physicians prescribe the use of wearable technology or payers reimburse for it to detect AF, he said. “Those types of questions need to be answered.”

First, however, “we really do need to demonstrate the effectiveness of this type of technology and software for preventing adverse outcomes in patients and assessing the costs associated with the deployment of technology like this,” Lubitz advised.

Al-Khatib said the “study shows proof that something like Fitbit could be used to look for irregular heartbeats,” but notably the device only looks for AF when people are inactive. “What about if people are active? We are all familiar with sympathetically driven atrial fibrillation,” he observed, “so if people are using this tool, might we miss, perhaps, atrial fibrillation that's mostly triggered sympathetically and with activity?”

Elaine Hylek, MD, MPH (Boston Medical Center, MA), who moderated the press conference, pointed out that “we don't have a good handle on the clinical relevance and meaning of an individual with a short, brief run of atrial fibrillation. Paroxysmal atrial fibrillation is still, I would say, an understudied area, and we can't necessarily extrapolate that to the persistent and permanent atrial fibrillation group [that’s] given rise to our stroke risk models, in large part.”

Notably, she continued, “as a consumer myself, I would be thinking, boy, if I see some atrial fibrillation on a wearable, I'm going to be insightful. Should I be exercising more? Losing weight, obesity, should I be working on that? Should I be decreasing my salt, because blood pressure is such a huge trigger for atrial fibrillation? So I think that all these questions are exciting and hopefully will be studied before our next Scientific Sessions.”

Since the release of the Apple Heart Study in 2019, Shah said she hasn’t seen much change in the logistical processing of patient data produced by wearables. However, she pointed out, the 2022 Medicare Physician Fee Schedule includes reimbursement for remote therapeutic monitoring. “The concept here is that if you are a clinician managing patients using these devices, you can reimburse for that time,” Shah said. “So that I think along with the COVID changes is going to continue to push along this kind of technology. I think it's exceptionally exciting.”

At the same time, “I think all of us on the clinical side want just the same type of gold standard evidence in randomized controlled trials to test the efficacy of an intervention,” she continued, adding that she would like to see a trial show that use of wearable devices increases the rate of anticoagulation in patients with AF, or takes on the even harder endpoint: a reduction in the number of strokes over time.

Another angle altogether might be to test the efficiency of a wearable-aided workflow, Shah said. “If your health system is in charge of 100 patients and it took you 100 hours to deliver the care to get the treatment rate but this method allowed you to do it in 20 hours, that's a win. A different kind of win, but still important I think for the advancing of this technology.”

Discussing the trial during the session, Mintu Turakhia, MD (Stanford University School of Medicine, CA), said the algorithm used here is comparable to that in the Apple Heart Study. What is “remarkable” in the Fitbit trial, he added, was their enrollment. “Fitbit was able to enroll more than what was enrolled in the Apple Heart Study and also during a pandemic,” he noted. “The positive predictive values are a bit different, but what is most important is that the yield on subsequent [ECG] patch is very similar. And so I believe that both of these algorithms identify . . . consumers early in the course of the disease.”

The problem for both studies relates to engagement, which is substantially lower than has been seen in “site-based trials,” according to Turakhia. “We clearly need to do more in this area to really do better.”

Apple Heart in Print: The Conversation on Data Privacy Continues

Apple Watch May Detect A-fib in the General Population, but at What Cost?

Wearables Under the Microscope: How New Tech Will Disrupt Patient-Physician Dynamics

Apple Heart Study, Wearables, and What Lies Ahead

Wearables - The Future Is Now