High use of IVUS guidance and low dissection reentry techniques could limit the generalizability of these findings in the US, experts caution. 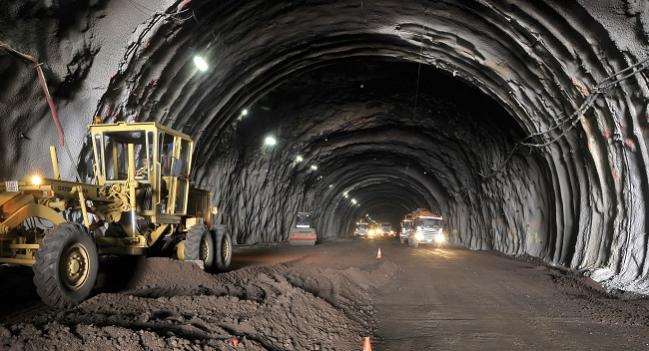 For patients who undergo PCI for chronic total occlusion (CTO) lesions, fully covering the lesion with more than 60 mm of stents without gaps—called the full metal jacket (FMJ) approach—seems to be successful in the long-term for select patients, a new study suggests. The findings could also have implications for longer non-CTO lesions, where concern about the risks of overlapping stents has also posed a quandary for interventionalists.

The prevalence of CTO PCI is increasing around the globe despite ongoing controversy regarding its superiority to medical therapy, but optimal technique for performing such a procedure is still unclear.

“Our study showed that the FMJ procedure is increasingly more common to treat coronary CTOs in real-world practice. Contrary to the popular belief that the FMJ procedure may be related to a high rate of treatment failure, it offered acceptable long-term safety and efficacy outcomes for CTOs with the use of DESs,” write lead author Seung-Whan Lee, MD, PhD (Asan Medical Center, Seoul, South Korea), and colleagues. “The information provided by our study will be important considering the potential clinical benefits of successful CTO recanalization.”

Adam Salisbury, MD (Saint Luke’s Health System, Kansas City, MO), who was not involved in the study, explained that there used to be more concern in general about FMJ stenting, “particularly in the days of the early-generation drug-eluting stents or bare-metal stents. There was a well-founded concern that there would be a very high restenosis rate, a high rate of repeat procedures, and potentially MIs in follow up,” he told TCTMD. “The current-generation stents have alleviated some of those concerns and it’s nice to see a study like this that really validates that approach, [one] that really suggests that we’re not exposing patients to untoward risks by stenting long diseased segments.”

For their retrospective analysis, the researchers looked at 1,126 successful CTO procedures (1,107 patients) from their institution between 2003 and 2015. Slightly more than one-third of patients overall received FMJ stenting, and this practice increased over the study period; 28.5% were treated this way during 2003-2006 and 41.7% in 2011-2015. IVUS-guided stenting was performed in 90.6% of cases. Notably, after stenting 31.3% of patients had persistent luminal narrowing at the distal reference segment.

Over a median follow up of 5.1 years, the primary composite endpoint of target lesion failure (cardiac death, target-vessel MI, or target lesion revascularization/reocclusion) occurred in 16.0% of patients treated with FMJ stenting, including 17 reocclusions and five cases of stent thrombosis.

On multivariable analysis, the number of implanted stents (HR 1.72 per stent) and persistent distal luminal narrowing (HR 2.73) were independent predictors of the primary endpoint. CTO complexity had no effect on future stent failure.

The study was published online June 28, 2017, ahead of print in JACC: Cardiovascular Interventions.

The long-term rates of target lesion failure and stent thrombosis “suggest that the FMJ procedure with the use of DESs may be safe and effective in the treatment of diffuse coronary lesions with CTO,” the authors write. “However, we also found that persistent poststenting luminal narrowing at the distal reference segment increases the future likelihood of TLF in this situation.”

But they emphasize that these findings were achieved with a relatively high rate of IVUS guidance. “Cumulative evidence supports the belief that this imaging guidance is of more benefit for complex lesion subsets, particularly for long coronary lesions,” the authors write. “Our PCI policy involves routine use of intravascular ultrasound if possible; consequently, it was used in 90% of our patients, a rate that is considerably higher than that of other reports, and may have contributed to the attenuation of the drawbacks of an ultra-long stent length.”

Lee and colleagues also indicate that the subintimal dissection and reentry strategies were not frequently used in their study, so it may be difficult to extrapolate these results to places where those techniques are more common.

In an editorial accompanying the study, Subhash Banerjee, MD (University of Texas Southwestern Medical Center, Dallas), and Emmanouil S. Brilakis, MD, PhD (Minneapolis Heart Institute, MN), write that the study, one of the largest to date on the FMJ stenting technique in this population, “provides important insights into treatment of coronary [CTOs] with multiple overlapping DES. Although, it is focused on CTO lesions, its findings may be relevant to the [PCIs] of both CTO and diffusely diseased non-CTO stenoses, as these lesions are being increasingly tackled during multivessel PCI in contemporary clinical practice.”

David Kandzari, MD (Piedmont Heart Institute, Atlanta, GA), also commenting on the study for TCTMD, agreed. “There are, however, some important differences that make study specific to CTOs unique and relevant,” he observed in an email. “First, aside from lesion length, CTOs are generally more complex lesions characterized by extensive plaque and calcium burden, in addition to frequent subintimal guidewire passage. These features may compromise long-term patency, and therefore a study reporting outcomes of long lesion treatment could be considered the 'worst case scenario.'”

Also, PCI of lengthy CTOs “can be associated with side branch loss, and is further associated with more extensive disease within the target vessel independent of the CTO segment,” Kandzari continued. “To this end, it is also of interest to understand patency relative to extent of distal vessel runoff/patency, which these investigators defined as persistent distal narrowing.” He called this definition “somewhat limited.” Distal narrowing secondary to negative remodeling is commonplace immediately after CTO recanalization, he pointed out, but may improve with vessel expansion (positive remodeling) several weeks after successful revascularization.

In general, though, Kandzari called the results “very favorable” and said they will “help inform the discussion we have with our patients regarding long-term benefits of CTO PCI.”

These results are “reassuring” at this point, according to Salisbury. He pointed to the fact that a substantial portion of the FMJ-treated patients from early in the study received first-generation DES “for which we would expect higher event rates.”

But, echoing the study authors, Salisbury pointed the challenge of generalizing the results to US practice, given the lack of dissection reentry strategies employed. “We use a method called the hybrid approach that not only focuses on wiring from the true lumen to the true lumen to cross the CTO, but will use an antegrade or retrograde dissection approach using the subintimal space to cross the CTO and then reenter the lumen. The use of dissection and reentry is much lower in Korea and was much lower in this study than it would be for most CTO operators in the US.”

The editorialists comment that the observed rate of FMJ stenting in the study is representative of current clinical practice both in the United States and worldwide. The reason for its increased use is multifaceted and due to “improved CTO recanalization techniques, operator experience, a more standardized approach, access to specialized guidewires, crossing and reentry devices and improved deliverability and performance of coronary balloon catheters and DES platforms,” they say.

Additionally, the rate of target lesion failure observed among FMJ-treated patients is “well within the accepted range for complex PCI with contemporary DES,” Banerjee and Brilakis argue. “These findings may provide reassurance and alleviate concerns regarding FMJ stenting that include: potential loss of side branches, especially with dissection reentry, implantation of additional stent layers to treat TLF, loss of coronary bypass surgery options and associated high TLF and [stent thrombosis] rates.”

As for limitations, they note that while the observed persistent distal luminal narrowing rate “may seem high,” the lack of a non-FMJ comparator group “deprives us” of a needed assessment. “This number should also be considered in light of relatively low use of dissection reentry (2.7% patients) that has been associated with longer stented segments.”

Overall, the editorialists say “this information can be used for informed decision-making by both patients and operators performing CTO PCI. These decisions hinge on the balance between anticipated benefits and risks (both immediate and long-term) prior to undertaking the now ‘en vogue’ FMJ stenting of coronary CTOs.”

Moving forward, Salisbury said a takeaway from this study should be the operators’ frequent use of IVUS. In the future, researchers should make an effort to better “understand this persistent narrowing distal to the stented segment. It’s something that we often struggle with in our practice as well because we know that for many of these patients that persistent narrowing is just an underfilled vessel, and that that vessel is going to grow after we restore or integrate flow with the CTO procedure.”

But it’s likely that it’s the patients with actual severe atherosclerosis distal to the stented segment who “are driving the higher event rates that the authors of this paper saw in their multivariable model,” he commented. “So my concern is that we need to study the routine use of IVUS in this population.”

Lastly, Salisbury said, “it would be nice to see this replicated in a US population that uses a hybrid approach and uses more dissection reentry.”

Hybrid CTO Case Review: Forwards, Backwards, True, Sub, or All of the Above?