A 10-year analysis of over 6 million patients illustrates a clear pattern of higher mortality and more bleeding and vascular complications in women. 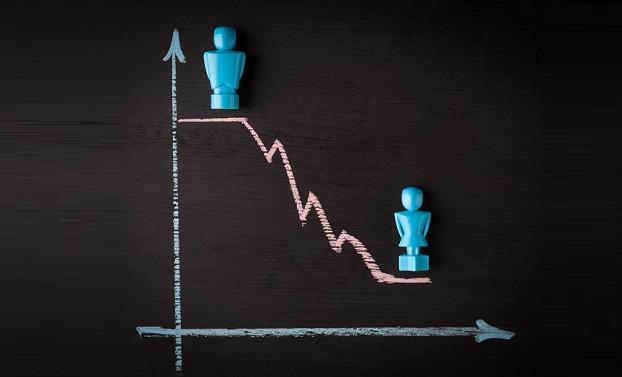 During hospitalization for PCI, women are 80% more likely than their male counterparts to experience bleeding complications and about 20% more likely to die, according to data from the largest inpatient database in the United States.

“Over the past decade, despite the fact that the disparity of outcomes in women are increasingly recognized, there hasn't really been much of a change,” noted the study’s senior author, Mamas A. Mamas, BMBCh (Keele University, Stoke-on-Trent, England), in an interview with TCTMD.

The study, published online last week in PLoS ONE, looked at PCI outcomes over a 10-year period and is consistent with other studies that have shown women to have a higher burden of comorbidities. But even after the researchers adjusted for a wide range of comorbidities and demographics, women still had worse outcomes.

“It’s really important that we don't just recognize that women are at higher risk and that they have worse outcomes, but that we start to think about how we can close the gaps,” Mamas said. “Talk is cheap after a while. There may be biological differences that account for the disparities, but I don’t buy the fact that there is nothing we can do.”

Talk is cheap after a while. There may be biological differences that account for the disparities, but I don’t buy the fact that there is nothing we can do. Mamas Mamas

Commenting on the study for TCTMD, Samir Pancholy, MD (The Commonwealth Medical College, Scranton, PA), agreed that the persistence of disparities in mortality and complications is frustrating.

“Sixty percent of America is still using femoral access for women as opposed to radial access when we know that women, especially elderly women, have the highest risk for puncture-site-related bleeding. You can nearly eliminate that by choosing to go radial, so is that something that is such a difficult thing to do? Actually not, it’s very doable . . . it’s just a matter of making the choice in the cath lab,” Pancholy said.

Compared with men, women were more likely to be admitted with NSTEMI, were an average of 5 years older, and had a median Charlson score ≥ 3. Women more often had diabetes, heart failure, chronic obstructive disease and previous stroke, while men more often had a history of previous MI. From 2004 to 2014 the number of elective cases decreased in both sexes, and the percentage of patients with a primary diagnosis of MI increased.

The researchers also noted a steadily increasing burden of comorbid conditions over the 10-year study period among both men and women that they say “is likely to reflect a general US population that is both increasing in (mean) age and therefore accompanying comorbidity.” The proportion of patients with acute MI also saw a steady rise, suggesting this may be another important contributor to increasing mortality.

The study has to be considered in the context of the limitations inherent in the database including nonavailability of some of the granular pieces of information about the procedures and “little things that matter that were not available to analyze,” Pancholy said.

“But, even in 2014, which is relatively recent, we still had the difference persisting between the two genders, so we can’t go to sleep saying we have conquered this and let’s not worry about it,” he said.

To TCTMD, Mamas said the implications go beyond the finding that the gender gap for outcomes is not closing.

He added that perception of risk may play a role in the disparity when it comes to management decisions surrounding PCI. “And what you see is that those with the greatest to gain tend to be less likely to be referred,” he said, adding that the application of clinical practice guidelines seems to be much different across the sexes, for reasons that remain unclear.

One thing that may help is the growing number of female cardiologists. “There are so many iconic women and role models in cardiology today and they are drawing in more women into our subspecialty, and I think that can only help to address the inequality amongst the sexes and perhaps women will get better care,” Mamas noted.

Ronald G. Victor, Who Brought Hypertension Treatment Into the Barbershop, Dead at 66

Benefits of Dairy, Particularly Milk and Yogurt, Get Boost in New PURE Analysis

Meta-analysis: Higher In-Hospital Mortality for Women with STEMI vs Men