When the generic medications made it to market, investigators saw a spike in hospitalizations and ER consultations in the first month. 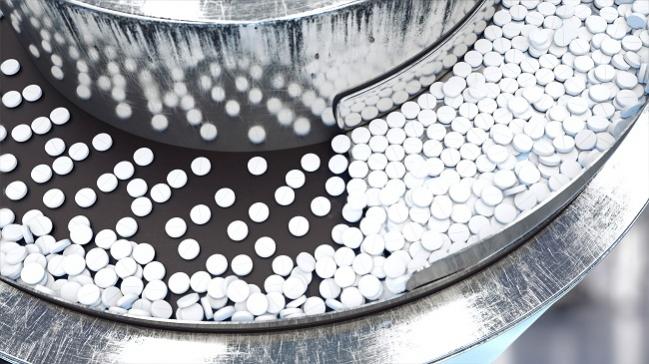 The commercial availability of three angiotensin receptor blockers (ARBs) as generic medications led to an increase in immediate and delayed adverse events, according to the results of a new study.

In the first month after the introduction of generic losartan, valsartan, and candesartan, the number of adverse events that resulted in an emergency room (ER) consultation or hospitalization increased 7.5%, 17.1%, and 16.6%, respectively. The excess risk observed in the first month declined over time.

The bottom line, according to investigators, is clinicians need to pay attention to patient complaints when they switch from brand-name medications to generic drugs and not assume the two are equivalent.

“I’ve been in cardiology for the last 20 years and I’ve often heard patients say, ‘Oh, when I use that drug, I get swelling of the leg,’ for example,” senior investigator Paul Poirier, MD (Laval University, Quebec City, Canada), told TCTMD. “My old teacher always taught me to listen to the patient and believe them.”

The new study was published October 3, 2017, in Circulation: Cardiovascular Quality and Outcomes.

‘Spike’ in Hospitalizations and ER Consults

The researchers assessed the risk of adverse events associated with the introduction of generic ARBs using data available through the Quebec Integrated Chronic Disease Surveillance System (QICDSS). The evaluated three brand-name ARBs—losartan, valsartan, and candesartan—and all generic versions of the commercialized drugs available within 6 months of patent expiry.

My old teacher always taught me to listen to the patient and believe them. Paul Poirier

All patients included in the analysis had been taking the brand-name ARB for at least 2 years. “When the generic drugs became available, some, but not all, of the patients switched,” said Poirier. “What we’ve seen is a spike in hospitalizations and consultations in the ER with the generic drugs.”

One of the limitations of the study is that researchers lacked clinical details explaining the reasons for patient visits to the hospital or ER.

Speculating as to the possible reasons for the increased risk of adverse events, Poirier said there is a wide range of accepted equivalency for generic medications. For example, a 20% variability in some pharmacokinetic parameters is accepted for most generic drugs to be considered bioequivalent. In the present study, the bioavailability features of five of the 16 studied generic ARBs differed from the brand-name counterpart’s features, the authors point out.

Substituting a more or less potent medication could result in a wide range of adverse events, anything from hypotension and falls with more potent agents to continued high blood pressure and shortness of breath with weaker drugs, said Poirier.

Sripal Bangalore, MD (New York University School of Medicine, New York, NY), who was not involved in the study, also noted that bioequivalence testing of some generic medications has revealed wide variation in the active drug content, which can be a real issue in low-income countries where reliance on generic medications is greater.

That said, the issue of bioequivalence between generic and brand-name medications remains controversial. When Plavix (Bristol-Myers Squibb/Sanofi Pharmaceuticals) became available as generic clopidogrel, there were reports of an increased risk of stent thrombosis among patients treated with coronary stents. Those reports, however, haven’t seemed to pan out, noted Bangalore.

“Similarly, although this study is interesting, it does not prove causation,” Bangalore commented in an email. “I am particularly concerned about confounding because of all the class of antihypertensive agents, ARBs are one of the best-tolerated groups of agents—as good as placebo. So if there were to be an increase in hospitalization/ER consults, it should likely be due to medication ineffectiveness.”

And if the drug was ineffective, he explained, this effect would unlikely result in a spike in adverse events in the first month, but rather over a longer period of time.

If Inferior, Implications Would Not Be Trivial

In an editorial, David Alter, MD (University of Toronto, Canada), notes the present study has several limitations, including a lack of clinical detail for the hospitalizations and ER consultations and an ecological study design that doesn’t allow for adjustment of patient risk profiles. He points out that other studies have suggested “clinical interchangeability” between generic and brand-name drugs for cardiovascular disease, including a recent meta-analysis of 74 randomized trials, some of which tested various hypertensive agents.

Still, the difference between brand-name and generic ARBs has some validity as not every generic has been compared with its on-patent counterpart.

“If we were to assume that these three drugs were indeed clinically inferior to their brand-name counterparts, the potential clinical, policy, and economic implications would be nontrivial,” writes Alter. Based on the 136,177 patients included in the analysis, this would translate into approximately 5,400 additional adverse events and an enormous cost to the healthcare system.

“More likely than not,” though, the incremental risks observed in the present analysis are “not entirely attributable to the use of generic drug preparations,” writes Alter. He adds that further research is needed, but such studies are not easy when it comes to drug surveillance of generic medications.

We need to get our act together and figure out what to do with information like this when it presents. David Alter

“This paper should be a call to action for regulatory bodies, formularies, researchers, clinical-guideline developers, and thought leaders,” Alter told TCTMD. “We need to get our act together and figure out what to do with information like this when it presents. I think we need an international approach which outlines ‘next steps’ when questions are raised about interchangeability.”

At the physician level, Alter said it’s challenging to find a message for clinical practice, but added it’s worthwhile to reappraise drug choices among patients considered nonresponders, such as those with repeat hospitalizations and adverse events. “But, in general, it is difficult to separate ‘nonresponders’ from ‘high-risk’ patients who were destined to do poorly regardless of medication choice,” he said.

To TCTMD, Poirier agreed it’s important to be cautious when interpreting their findings, but said the researchers do plan to forge ahead with further study. His next plan is to assess adverse event reporting with the introduction of generic statin medications. “I’ve had patients in my practice on a given dose of statin for 10 years,” said Poirier. “What has happened is, [they switch to] the same drug, the same dose but not the same brand, and they suddenly have muscle aches. Why is that? I don’t know, but we’ll try to answer the question.”

Requiem for a Heavyweight: Big Brand Statin Era Comes to a Close as Crestor Heads Off-Patent