The variant may help explain the clinical link between SCAD and fibromuscular dysplasia, raising the possibility of novel therapies. 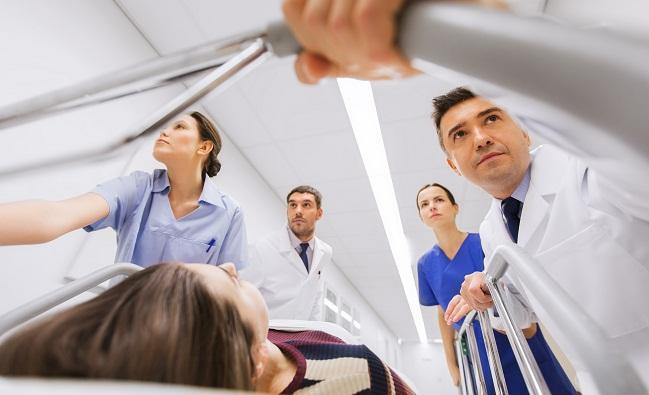 For the first time, researchers have identified a genetic variant associated with a greater risk of spontaneous coronary artery dissection (SCAD), a common cause of acute MI in young and middle-age women.

The variant—rs9349379-A, which is located in the PHACTR1/EDN1 locus on chromosome 6—is also associated with a greater risk of fibromuscular dysplasia (FMD) and may help explain the observed clinical overlap between the two conditions, senior author Nabila Bouatia-Naji, PhD (Paris Cardiovascular Research Center, INSERM, France), explained to TCTMD.

Additionally, she said, when viewed within the larger context of research in the field, the relationship between this variant—commonly seen in the general population—and SCAD helps shift how the disease should be viewed: from one that is rare and monogenic to one that is relatively common and caused by a variety of genetic factors.

“Why is this important? Because if we understand that it is not as rare as we initially thought, people maybe will start looking for it and making the diagnosis,” Bouatia-Naji said, noting that a correct diagnosis is key when assigning effective preventive therapy. “It’s just about the perception in the clinics. If the people now understand from our study, and from other studies also, that SCAD is not that rare, it may improve how cardiovascular disease is dealt with for middle-age women who are in theory considered protected from cardiovascular disease.”

… if we understand that it is not as rare as we initially thought, people maybe will start looking for it and making the diagnosis. Nabila Bouatia-Naji

The study, with lead authors David Adlam, DPhil (Glenfield Hospital, Leicester, England), and Timothy Olson, MD (Mayo Clinic, Rochester, MN), was published in the January 8/15, 2019, issue of the Journal of the American College of Cardiology.

Research on SCAD has been accumulating in recent years, but the causes of the disease, which predominantly affects women with few atherosclerotic vascular disease risk factors, are still not well understood.

It is known that women with SCAD have a high prevalence of vascular anomalies beyond the coronary vasculature, including FMD. Bouatia-Naji’s team set out to determine whether the rs9349379-A variant that was previously shown to be associated with FMD was also tied to SCAD.

The genetic variant was associated with a higher SCAD risk in each of the individual studies and in a meta-analysis incorporating all of the data (OR 1.67 per copy of the risk allele; 95% CI 1.50-1.86).

The mechanisms underlying the relationship are not yet clear, Bouatia-Naji said, adding that the variant is likely changing the expression of one of the nearby genes—PHACTR1 or EDN1. Research from a different group of investigators suggests that it could be EDN1, the endothelin-1 gene, but that has not been definitively established, she said.

The current study is the first step in revealing the genetics of SCAD, and there are further investigations underway to work out the genetic maps for both SCAD and FMD, Bouatia-Naji said.

“Because maybe this is how we can develop new drugs in the future and understand how to deal with these very atypical cardiovascular diseases,” she said.

In an accompanying editorial, Guillaume Paré, MD (Population Health Research Institute, McMaster University, Hamilton, Canada), and Deepak Bhatt, MD (Brigham and Women’s Hospital, Boston, MA), say the study “represents a clear advance in our understanding of the genetic basis of SCAD,” adding, however, that “substantial research remains to be performed.”

That’s because the variant studied here likely explains only a small part of SCAD risk, they say. Moreover, Paré and Bhatt stress, additional genetic and mechanistic studies, as well as replication in more ethnically diverse patient populations and exploration of potential differences between men and women, are needed.

The editorialists touch on the research showing that this genetic variant regulates the expression of endothelin-1, which influences vascular tone.

“The observation that the same genetic variant can promote SCAD and protect against coronary artery disease suggests that an equilibrium is necessary for optimal coronary health, in which excessive vasoconstriction can accelerate atherosclerosis, whereas excessive vasodilation favors dissection,” Paré and Bhatt write. “In addition to its implications for SCAD, this observation may also have implications for the development of novel therapies targeting endothelial dysfunction and vasoconstriction to prevent CAD or to treat pulmonary hypertension.”

In-hospital and Long-term Outcomes with SCAD