The researchers say the real-world outcomes refute the findings of a hotly debated meta-analysis. 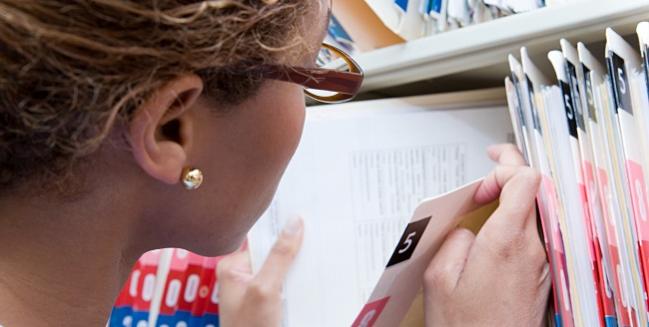 Investigators from Germany say their analysis of outcomes from a large health insurance database, with the longest follow-up to date on patients receiving endovascular revascularization, shows no increased signal of mortality for paclitaxel-based devices compared with plain old balloon angioplasty (POBA) or uncoated stents.

Although recent presentations and publications of Medicare data have also been reassuring with regard to the mortality signal in real-world populations, the median follow-up was only 2 years, out to a maximum of 4.1 years. The German database allows for longer follow-up due to earlier availability of the devices on the market (beginning in 2007 versus 2012 and 2014 for the introduction of paclitaxel DES and drug-coated balloons [DCB], respectively, in the United States).

“Katsanos indicated increased mortality from 2 years after [drug-eluting device] application and beyond. Therefore, [the Medicare] study does not answer the question of long-term safety, as it is beyond the scope of the published work,” Freisinger stated. “Our analysis provides a median follow-up of 7.6 years, covering an 11-year period maximum from the introduction of [paclitaxel devices] on the market until very recently,” through the end of 2017.

In the paper, published online today in the European Heart Journal, the German group says their analysis “exemplarily demonstrates the significance of health claims data for assessing urgent safety concerns without undue delay.”

However, Eric A. Secemsky, MD (Beth Israel Deaconess Medical Center, Boston, MA), who has led ongoing Medicare data analyses into paclitaxel safety told TCTMD that some limiting factors of the German study should be noted.

"There is value to this data set," Secemsky commented. "The downside of the analysis is that they had some older devices that we don't necessarily use in the US and so there are questions about whether the technology was different than what we saw in the Katsanos meta-analysis." Another important difference, he added, is that this study includes patients who had both iliac and other lower limb artery disease, not just those with femoropopliteal disease. Additionally, the accuracy of how the procedures were coded to include paclitaxel cannot be firmly established. For DES, procedure codes were combined with a paclitaxel material code and for DCB, an angioplasty code was combined with a DCB material code.

For Katsanos as well, the jury is still out.

“The results appear quite reassuring for the question at hand,” Katsanos said in an email to TCTMD. “However, the total patient sample size that received paclitaxel was around 3,300 cases out of a total 65,000 patients examined and with different case-mix risk factors [such as 40% critical limb ischemia] compared to our analysis and the FDA datasets. Of interest, this appears to be a classic case of inconsistency between randomized evidence (select patient groups with little selection bias during treatment allocation) compared to real-world data (unselected patients with probably a lot of selection bias during treatment choice).”

For the new study, Freisinger and colleagues analyzed deidentified patient-level data from the BARMER health insurance database, the largest government-regulated public health insurance system in Germany, which covers approximately 10% of the country’s population. The study included 64,771 patients who had a first endovascular revascularization procedure between 2007 and 2015. Patients received either DES (n = 676), DCB (n = 2,648), BMS (n = 28,290), or POBA (n = 33,157).

To say that there is certainty, that this mortality signal is put to rest with confidence intervals this wide is a little premature. Eric A. Secemsky

He added that the new data are “helpful and supportive of the Medicare data,” but cautioned that treatment selection bias in observational analyses is a concern that is difficult to address. At TCT 2019, Secemsky announced plans for a new prospective study done in conjunction with the US Food and Drug Administration and the five manufacturers of paclitaxel DCBs in the United States. Called SAFE PAD CMS, it will follow Medicare patients treated with paclitaxel-based devices out to 5 years and will include “pressure tests” to help account for unmeasured confounders or confounding by indication.

Freisinger noted that the BARMER database is just one of several in Germany that contain health claims details on patients treated with paclitaxel-based devices over many years, although BARMER is the largest. According to Secemsky, more information from databases like these in Germany, other areas of Europe, as well as Asia will probably be forthcoming in the near future.

But while European and other out-of-US databases are valuable, the signal for mortality in the meta-analysis was stronger in the pivotal trials that were conducted in the United States than those in Europe or Asia, making the US population of femoropoliteal patients of greatest interest as far as exploring whether or not the signal is real, he noted.

Early Mortality Rates After TAVR Halved in a Decade, With Some Gender Differences