Two specific protocols in India and New Zealand have had success in improving optimal care and could be models for other countries. 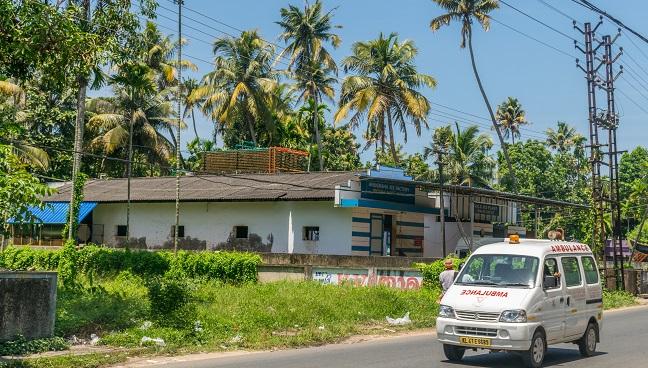 ANAHEIM, CA—International, locally adapted programs to improve the care of patients with acute myocardial infarction seem to be showing promise in a variety of settings, according to two new studies.

With their regimented processes and documentation tools, the American Heart Association (AHA)’s Get With the Guidelines (GWTG) programs have been linked with substantial progress in the care of ACS patients across the country to the point that other regions are taking note.

In a presentation at the AHA 2017 Scientific Sessions, Mark Huffman, MD, MPH (Northwestern University Feinberg School of Medicine, Chicago, IL), explained the ACS QUIK randomized trial. For the study, he collaborated with investigators at 63 hospitals in the Indian state of Kerala to evaluate a custom quality improvement toolkit. The program was studied between November 2014 and November 2016.

More than 21,000 patients presenting with acute MI were enrolled, and hospitals switched from usual care to the new care protocols—including an audit/feedback mechanism to inform monthly quality meetings, standardized admission and discharge order sets, patient education materials, and linkage to code and rapid-response team training—in a stepped-wedge fashion with all institutions implementing the changes sequentially but randomly over the study period. Of note, 78% of hospitals were private, 14% were government, and 8% were “semi-government.”

Compared with controls, patients who presented to hospitals using the new quality improvement protocols were more likely to receive beta-blockers (P < 0.001) and anticoagulants (P = 0.04) in the hospital as well as more likely to have echocardiography or thrombolysis (P < 0.001 for both). Additionally, study patients were more likely than controls to be discharged on beta-blockers, statins, or ACE-inhibitors/angiotensin receptor blockers (P ≤ 0.05 for all).

After adjusting for within-hospital clustering and temporal trends, which is “critical for stepped-wedge analyses,” according to Huffman, there were no longer differences in 30-day MACE or death between the patient groups. This could have been due to “insufficient training, implementation or adoption of the intervention, or period of exposure to sufficiently change hospital practice,” he explained.

Nevertheless, “we observed higher quality of care and lower event rates in the control group than in previous reports [and the] data compare favorably with US rates,” Huffman said. “The stepped-wedge study design is useful to evaluate the effects of health system quality-improvement interventions in dynamic settings like India.”

Discussing the study in a press conference, Gregg Fonarow, MD (University of California, Los Angeles), said that “we are really fortunate to have so many evidence-based guideline-directed therapies for patients with acute myocardial infarction that can really markedly improve clinical outcomes over the short term as well as prevent complications and recurrent events, but what we see in a variety of clinical settings is that these therapies have been traditionally underutilized.” He also pointed to “tremendous variation” among clinicians and institutions with regard to how these therapies are doled out that needs to be reduced.

GWTG is a “classic example” of a program designed to decrease that variation and improve ACS outcomes, Fonarow explained. “This has been studied in a variety of settings, though usually in well-resourced countries.”

In a location like India where some of these hospitals have never before participated in a clinical trial, there are a few more obstacles to implementing quality-improvement programs like the one in Huffman et al’s study. “This trial was really ambitious and I applaud the investigators for taking that on,” Fonarow said. As for the lack of difference in clinical outcomes after adjustment, “it may very well be that we need larger sample of hospitals and more patients to really detect those differences,” he added.

“What the investigators have really nicely shown is that they could get a collaborative effort together, prospectively test the intervention, collect this data, and have valuable insights into the care patients were receiving as well as their clinical outcome,” Fonarow concluded. “There is terrific news here that was highlighted—these patients are receiving . . . exceptionally good care and are having good outcomes. There are clearly opportunities to further improve, but really we are seeing a level of care now internationally that is beginning to rival the type of care we're seeing in the United States, even despite having started quality-improvement efforts here one to two decades ago.”

In another presentation at AHA 2017, Martin Than, MBBS (Christchurch Hospital, New Zealand), presented results from the ICare-ACS study, also a multicenter stepped-wedge trial, involving seven centers in New Zealand and more than 31,000 patients with suspected ACS. The results were simultaneously published in Circulation.

In this trial, the intervention included a protocol for the assessment of patients with suspected ACS that entailed a clinical pathway document in paper or electronic format, structured risk stratification, specified time points for electrocardiographic and serial troponin testing within 3 hours of arrival, and directions for combining risk stratification and electrocardiographic and troponin testing in an accelerated diagnostic fashion, according to Than. Each hospital had a 6-month control period followed by a 4-month implementation period and then a 0- to 7-month continuation period.

Over the study period, the mean 6-hour discharge rate (primary endpoint) increased from 8.3% to 18.4% and the odds of being discharged within 6 hours increased after clinical-pathway implementation, with a final odds ratio of 2.4 (95% CI 2.3-2.6). In patients without ACS, the median hospital length of stay decreased by 2.9 hours after implementation of the new protocols.

“This study demonstrates that a clinical pathway incorporating an [accelerated diagnostic protocol] for possible ACS can be safely implemented in diverse [emergency departments] over a brief time interval,” Than and colleagues write. “This suggests that the adoption of similar clinical pathways may be possible in other countries.”