The disparity is not explained by education or insurance, and it highlights the importance of addressing social aspects of health, say researchers. 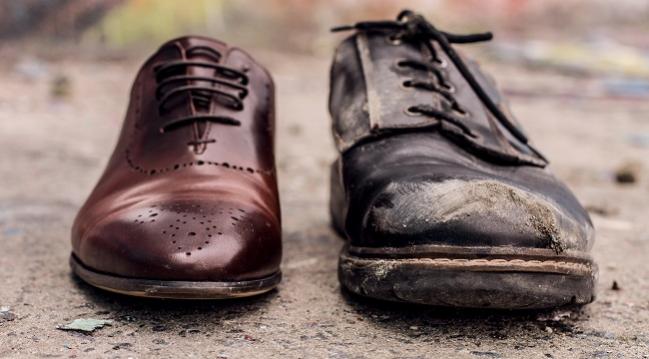 There has been a significant decline in the absolute risk of cardiovascular events and CVD risk factors among high-earning US individuals over a recent 15-year period, but these same improvements have not been observed among those with much lower incomes.

From 1999 to 2014, the percentage of adults with a predicted 10-year risk of CVD 20% or greater declined among high- and middle-income individuals, as did mean systolic blood pressure, but it remained unchanged among adults at or below the federal poverty level.

“It’s known that there is a discrepancy, that people who have lower incomes, depending on how we define it, have a higher prevalence of cardiovascular risk factors versus those who have higher incomes,” lead investigator Ayodele Odutayo, MD (Li Ka Shing Knowledge Institute of St. Michael’s Hospital, Toronto, Canada), told TCTMD. “What’s less known is how or if the pattern has changed over time. There’s been an ongoing effort to improve the control of cardiovascular risk factors in the US and other countries, but it’s not clear if this effort has benefited everybody.”

The researchers state that reducing these income-related health disparities “represent an important focus for population-level interventions.”

Health Benefits Not Seen By All

The study, which was published June 7, 2017, in JAMA Cardiology, is based on three datasets from the National Health and Nutrition Examination Survey (NHANES) and included 17,199 men and women aged 40 to 79 years without CVD who were stratified by socioeconomic status. The researchers calculated the family income-to-poverty ratio, a measure that reflects income relative to the US poverty level. Individuals were classified as high-income earners, middle-income earners, and those with incomes at or below the poverty line.

There was a decline in the percentage of adults at the highest risk for CVD, and this trend varied by income (P = 0.02 for interaction between high-income earner and those at or below the poverty level). The decline in the percentage of adults with a 10-year risk of CVD ≥ 20% was observed in the middle- and high-income earners, but not among poorer adults. In 1999-2004, 14.9% of those at or near the US poverty level had a 10-year risk ≥ 20%, and while the increase was not statistically significant, 16.5% of these adults had a very high risk of CVD in 2011-2014.

Following this, the researchers sought to identify the specific risk factors contributing to this greater percentage of low-income adults with the high 10-year estimated risk of CVD.

Odutayo said while diabetes is increasing across all incomes—and the rate of change is the same for all groups—considering that adults at or below the poverty line have worsened blood pressure and a greater prevalence of smoking, as well as a higher overall risk of CVD, it’s especially urgent for low-income individuals to halt the increase.

“The contribution of diabetes for them would be a lot worse than it would for other groups,” he said.

Results Not Explained by Education, Insurance

The researchers also conducted an exploratory analysis that included education and health insurance as variables in the regression model and found that even after controlling for these factors, outcomes continued to vary by income. Odutayo told TCTMD, however, their analysis only captured whether the individual had insurance or not.

“This doesn’t tell us much about the type of insurance they have, how high the deductible is, or what type of coverage is included,” he said. Previous studies have shown that “high-performing” insurance plans can close racial disparity gaps, but treatment gaps persist when individuals have less comprehensive plans, said Odutayo, adding, “Just having insurance is not the only solution.”

The study adds to the large body of evidence showing that social determinants, such as the environment in which individuals live and work, are important contributors to health, Odutayo concluded. For example, studies have shown that moving adults in high-poverty neighborhoods to less impoverished communities reduced the incidence of diabetes.

The bottom line is that “where you live, and how you interact with your environment, has an important impact and could contribute to this growing health disparity,” he said.

Socioeconomic Standing May Affect Statin Adherence in Men, With Unclear Consequences in Women

Hypertension on the Rise in Low- and Middle-Income Countries

Many Lower-Income Patients Fail to Stick With Clopidogrel After PCI