Compared with moderate drinkers, men who consume 14 or more drinks per week had more arterial stiffness in early old age. 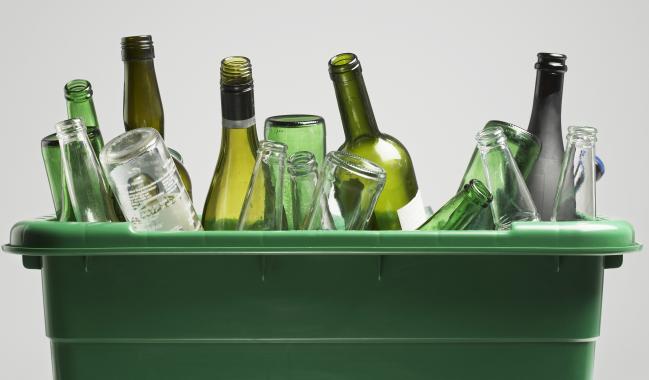 Years of heavy alcohol consumption can lead to progressive arterial stiffness that does not seem to be reversed even when a person stops drinking, according to new data from a 25-year study of British civil servants.

“The main message of this study is that men who consistently drink above the recommended maximum alcohol intake guidelines have significantly higher arterial stiffness by early old age compared to those who drink consistently moderately—moderately defined as below the recommended maximum intake levels,” study author Darragh O’Neill, PhD (University College London, London, England), said in an email.

Prior research has suggested that arterial stiffness may be a marker of cardiovascular disease risk. To TCTMD, O’Neill added that it “is predictive of both cardiovascular morbidity and mortality, and has been shown to improve prediction of such outcomes independent of other known risk factors.” In the new study, arterial stiffness was measured by carotid-femoral pulse wave artery velocity (PWV); the greater the velocity, the stiffer the artery.

Published online February 20, 2017 in the Journal of the American Heart Association, the study included 3,869 men and women who are being followed in the Whitehall II cohort study, which originally recruited 10,308 participants between 1985 and 1988. At the beginning of the study, participants ranged from 34 to 56 years of age. Alcohol consumption was self-reported through the years and participants were classified as non-drinkers, long-term heavy drinkers, or moderate drinkers.

Long-term heavy drinking was defined as more than 3.9 ounces of ethanol per week, or consumption of 14 or more servings of an alcoholic spirit, half pint of beer, or half glass of wine. Moderate drinking was defined as less than 14 servings per week. The American Heart Association defines moderate alcohol consumption as an average of one to two drinks per day for men, and one drink per day for women.

Men were more likely than women to be heavy drinkers, although the sample included more men than women (73.7% vs 26.3%). Furthermore, women were twice as likely as men to be either non-drinkers or former drinkers. Although few participants reported smoking, 68% of men and 74% of women failed to meet weekly exercise levels recommended by the World Health Organization.

After excluding participants with known cardiovascular disease and adjusting for age and assessment interval, those who reported consistently heavy drinking had higher baseline PWV values than the moderate drinking group. The effect, however, was confined to men and not seen among the women after adjustment.

According to O’Neill, changes in arterial structure and functioning occur over time as people age, which leads to loss of elasticity. To TCTMD, he said some pharmacological and non-pharmacological treatments may help reduce stiffening, including antihypertensive treatments and dietary changes.

In the meantime, follow up of the Whitehall II cohort will continue and cardiovascular disease will be documented as it develops. O’Neill and colleagues say their research is consistent with that of other studies suggesting that there is a threshold effect with regard to impact of alcohol consumption on cardiovascular health.

“Compared to heavier volumes, moderate intake is known to be associated with higher high-density lipoprotein cholesterol, a protective factor against arterial stiffening,” they write.

Although no link was seen between long-term heavy drinking and higher arterial stiffness in women, O’Neill and colleagues caution that firm conclusions are limited by the smaller numbers of women in their sample. There may also be differences between men and women in how the alcohol-PWV relationship is confounded by other clinical characteristics. For example, they note, increased HDL has previously been shown to be associated with lower PWV in men, but not women, while triglycerides appear to be a predictor of PWV in both sexes. Additionally, the study also showed high rates of variation in alcohol intake, which was more common among women than men. At least one study has suggested that triglyceride levels may attenuate the relationship between variable alcohol intake and cardiovascular disease risk.

Same-Day Discharge and Transradial Access: ‘Millions’ of Dollars in Cost Savings on the Table