A real-world study comparing the year before and after TAVR provides a slightly different perspective than what was seen in clinical trials. 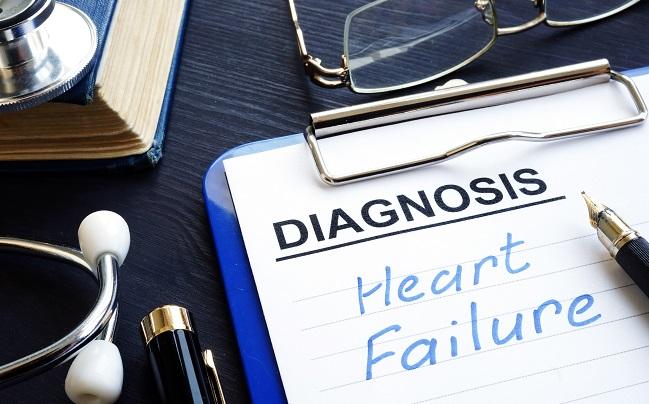 Heart failure (HF) admissions and total number of hospitalized days are reduced in the year after undergoing TAVR compared with the year prior to the procedure, contributing to a significant decrease in Medicare costs, according to findings from an observational study. Admissions for noncardiac causes such as infections and bleeding, however, crept higher after the procedure.

In an interview, lead author Sreekanth Vemulapalli, MD (Duke University School of Medicine, Durham, NC), said unlike much other prior research in this area that has shown an overall decrease in hospitalizations after TAVR without really explaining why, the new study drills down into the individual causes of admission and puts them into the context of pre-TAVR health.

“We can't say for certain but we think . . . that it may just be that patients are getting a bit older and they are fairly frail at the time that they undergo their TAVR and that's why you see these pneumonias and hip fractures and things like that. Even though you vastly improve their aortic stenosis, and their associated cardiovascular hospitalizations go down, they still have these other things that are frailty related that are going on in the year after TAVR,” Vemulapalli said.

The data are at odds with those of the PARTNER B trial, which found that TAVR was associated with fewer all-cause hospitalizations compared with medical therapy but no significant difference in noncardiovascular hospitalizations.

“This is something a bit new that we see here in the real-world data that wasn't seen in the clinical trial data,” Vemulapalli said.

In the paper, published online March 11, 2019, in the Journal of the American College of Cardiology, the most common non-CV reasons for hospitalization after TAVR were septicemia, pneumonia, inpatient rehabilitation, acute kidney injury, urinary tract infections, GI bleeding, chronic obstructive pulmonary disease, and respiratory failure. Among bleeding hospitalizations, only 17% of episodes in the year after TAVR occurred in the first 30 days. Stroke also was increased among the cohort, with a more than doubling of risk from the year before TAVR to the year after TAVR (RR 2.36; 95% CI 2.18-2.55). The group of patients who saw the greatest reductions in hospitalization after TAVR were those with left ventricular ejection fraction < 30%.

Vemulapalli and colleagues evaluated actual use of hospital resources for the 15,324 patients through linkage of the Society of Thoracic Surgeons/American College of Cardiology (STS/ACC) TVT Registry and Medicare claims files.

Despite the increases in stroke, bleeding, and noncardiovascular hospitalizations, there also was a modest but significant reduction in mean inpatient Medicare costs after TAVR compared with before TAVR when the index hospitalization was excluded ($21,519 vs $20,425; P < 0.01). The decrease was similar when 1-year survivors were analyzed separately ($19,722 vs $17,882; P < 0.01).

Vemulapalli and colleagues say the findings suggest that HF is the major driver of Medicare costs in the pre-TAVR and post-TAVR periods.

“This paper should be a strong incentive to replicate, if possible, country-specific cost analyses,” writes Bernard Iung, MD (Bichat Hospital, Paris, France), in an editorial accompanying the study.

But Iung cautions that “the persistence of high rates of hospitalizations for HF after TAVR shows that the relief of aortic stenosis does not prevent HF in many patients.” He contends that the findings “support considering TAVR at an earlier stage, even in high-risk patients, before extensive cardiac damage occurs.”

To TCTMD, Vemulapalli said he does not entirely agree, since HF is frequently multifactorial. “There’s single-center data out of Australia suggesting that 20% to 30% of patients with aortic stenosis who are undergoing TAVR also have something like amyloidosis,” he commented. “If you fix their aortic stenosis with a TAVR, they’ve still got these other things going on that lead them to have heart failure.”

Vemulapalli added that while structural damage can be a reason why patients are hospitalized, “if I were to put my nickel on which contributes more to these heart failure hospitalizations, I would say that there are other reasons beside aortic stenosis for the heart failure . . . because they tend to be elderly, they tend to have a lot of comorbidities. And we know that those two things are correlated with heart failure with preserved ejection fraction, which has nothing to do with aortic stenosis.”

Could PET Imaging Be the ‘Game Changer’ for Detecting and Predicting Bioprosthetic Valve Degeneration?

DOACs in Patients With Mitral Stenosis and A-fib: Analysis Suggests a Benefit

TAVR Readmissions Similar to Surgery’s at 30 Days, but Costs Are Higher

Heart Failure Before and After TAVR