“We were surprised to find such a compelling link between the two,” a researcher says. 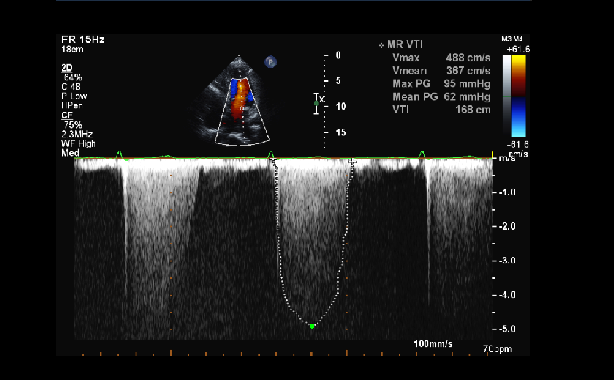 People with high systolic blood pressure but no known cardiovascular disease are at risk for developing mitral regurgitation (MR), a longitudinal study suggests.

Every 20-mm Hg rise in systolic blood pressure was associated with a 26% relative increase in MR risk (HR 1.26; 95% CI 1.23-1.29) among adults in the United Kingdom, a relationship that remained even after accounting for other conditions known to be associated with MR, Kazem Rahimi, DM, MSc (University of Oxford, England), and colleagues report in a study published online October 17, 2017, ahead of print in PLOS Medicine.

“We were surprised to find such a compelling link between the two,” Rahimi told TCTMD, adding that potential mechanisms are speculative at this point. But he said the association might involve a “mechanism whereby an elevated blood pressure leads to higher pressure in the left ventricle and across the valve and over time leads to some changes to the structure of the valve surface and ultimately to the valve function.”

There is little information in the literature about a potential link between high blood pressure and MR risk, with a single cross-sectional analysis from the Framingham Heart Study showing a relationship between hypertension and MR. No prior longitudinal analyses have been conducted.

To explore the issue, Rahimi and colleagues examined electronic health records from the UK Clinical Practice Research Datalink. The analysis included about 5.55 million adults with no known cardiovascular disease or mitral valve disease who were not receiving prescriptions for lipid-lowering or antihypertensive therapy at baseline.

During follow-up lasting about 10 years, 0.52% of participants were diagnosed with MR. Risk was directly related to systolic blood pressure, with no apparent thresholds at high or low readings. The associations was stronger in younger age groups and in individuals with lower body mass index. Similar relationships were observed for diastolic and pulse pressures.

A Direct Effect on Mitral Valve?

Only 13% of the continuous relationship between systolic blood pressure and MR risk was explained by conditions known to be associated with MR, including MI, ischemic heart disease, cardiomyopathy, and heart failure. The association remained after controlling for those factors (HR 1.22; 95% CI 1.20-1.25).

“This indicates that 87% of the effect of [blood pressure] on mitral regurgitation was independent of diseases of the left ventricle that occurred during follow-up, suggesting that [blood pressure] may exert its main effect on the mitral valve directly or via mechanisms unrelated to left ventricular dilatation or dysfunction,” the authors say. “However, our mediation analysis was relatively crude and alternative causal inference modeling approaches might be better suited to disentangle the effect of mediators and confounders during follow-up.”

Rahimi noted that additional research is needed to confirm or refute the causal association between high blood pressure and MR suggested by this study and to investigate whether interventions to lower blood pressure will lessen MR risk. “These are very novel findings that hopefully will trigger more research to look at it from different angles, including trials,” he said.

Some Reassurances, Some Sobering Truths About Dialysis Needs After TAVR

Strengths and Weaknesses of Mitral Regurgitation Quantification: Is There a Difference Between Primary and Secondary?