High-Dose Atorvastatin Does Not Impact Cognition, but Small Changes Observed on Brain MRI

Researchers say the findings are far from definitive and require validation. 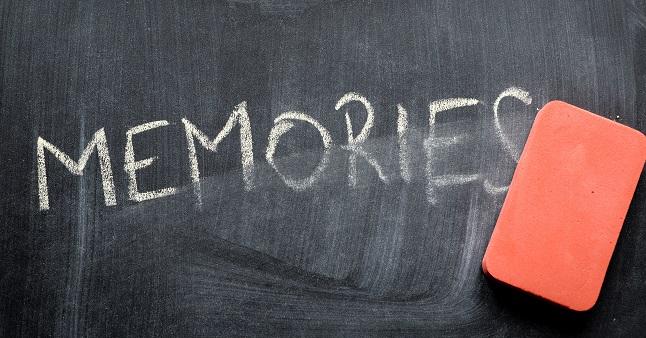 WASHINGTON, DC—Treating patients with high-dose atorvastatin does not lead to impairments in memory in healthy men and women who receive the lipid-lowering therapy, according to the results of a new study. Treatment does, however, result in some small changes in functional MRI measurements, including differences in regional neural activation when patients were on and off statin therapy and compared with placebo, researchers have found.

Presenting the results this week at the American College of Cardiology (ACC) 2017 Scientific Session in Washington, DC, lead investigator Beth Taylor, PhD (Hartford Hospital and University of Connecticut), said the data provided “no convincing evidence of measurable verbal or nonverbal memory dysfunction due to statin medication.”

While the findings on the whole are reassuring, the clinical implications of the observed regional differences in neural activation are unclear. “Certainly they warrant, we think, confirmation in a larger clinical trial,” she said. “Perhaps functional MRI may be a more sensitive tool to establish differences, just like we’re doing in the muscle. Could this contribute to those occasional reports of memory loss and confusion? We simply don’t know.”

Neil Stone, MD (Northwestern University School of Medicine, Chicago, IL), one of the panel discussants during the featured clinical research session and chair of the American College of Cardiology/American Heart Association guidelines for the treatment of cholesterol, said that when they were drafting their recommendations they examined data from randomized controlled trials and high-quality meta-analyses, but could not find “a clear-cut signal” between statin therapy and cognitive impairment.

“We also noted that in a lot of the randomized controlled trials, one in five people, especially over age 70, had cognitive problems,” said Stone. “They just weren’t more common on the statin. So, as we begin to worry about individual patients who say to us, ‘Doctor, I couldn’t remember my assistant’s name, is that due to the statin?’ we have to be mindful that cognitive abnormalities are frequent as we get older.”

Mild central nervous system (CNS) complaints are the second most commonly reported side effect of statin therapy (muscle pain/weakness is the most common). In 2012, the US Food and Drug Administration updated the label for statins to warn of the potential for memory loss, confusion, and other cognitive impairments.

Moreover, traditional cognitive testing with neuropsychological tools have very small effect sizes, said Taylor. The neuropsychological tests that have been used to assess the CNS effects of statins are designed primarily for assessing patients with stroke or Alzheimer’s disease. “They are not designed for these very small, sensitive changes we might observe [with statins],” said Taylor.

In the present study, the researchers recruited patients participating in the ongoing Effect of Statins on Skeletal Muscle Performance (STOMP) trial, a study first published in 2012 showing atorvastatin did not reduce muscle strength but did increase creatine-kinase levels. In this analysis, they included 66 patients treated with atorvastatin 80 mg and 84 patients treated with placebo. They assessed the cognitive function of the atorvastatin-treated patients after they had been treated with the drug for 6 months and at 2 months after treatment had stopped.

Patients in the study performed a series of neuropsychological tests to assess learning and memory as well as two functional MRI tests. With one MRI assessment, subjects were asked to memorize and recognize various abstract images, a test that activates the medial temporal, cingulate, inferior frontal, and posterior parietal brain regions. A second functional MRI test also assessed verbal working memory—memorizing a set of consonants, maintaining the memory/sounds after a period of rest, and then retrieving the consonants. Again, the test was designed to activate specific regions of the brain.

Regarding the non-MRI neuropsychological testing, the researchers observed only minimal changes between statin- and placebo-treated patients, “which was nothing to write home about,” according to Taylor. The findings from a comprehensive questionnaire that includes self-reported failures in perception, memory, and motor function showed no significant difference between statin-treated patients when they were on- versus off-drug and compared with those who received placebo.

“Really, no matter how we looked at the Cognitive Failures Questionnaire—if we parsed it by domain, by high scores, or by overall scores—there were no difference between the two groups in terms of cognitive function,” said Taylor.

The regional activation patterns of the brain assessed by MRI were nearly identical between the statin-treated patients on- and off-drug and those who received placebo. Taylor noted that participants treated with atorvastatin had small altered patterns of regional neural activation on and off statin therapy compared with the placebo-treated patients, specifically in the paracentral lobule/precuneus regions during the abstract memory test and right putamen during the verbal working memory test.

Taylor noted that differences in neural activation compared with placebo were seen when patients were taking atorvastatin and when they were not, making it difficult to determine the significance of the findings.

Douglas Mann, MD (Washington University School of Medicine, St. Louis, MO), the co-chair of the ACC session, noted that the patients included in the STOMP analysis were healthy, with a mean age of 48 years when randomized to treatment. “The age group studied is relatively young and most of the time, ordinarily, these people would not be on statins,” said Mann. “One concern would be that if there is a small biological effect of the statin, and this is superimposed onto a 70-year-old patient, [the researchers] might have seen something different.”

Taylor agreed the patients are young, and reported that when they examined outcomes in some of the older patients included in their analysis, they “did not see any obvious age effects.” However, she noted, the study was underpowered to look at age-specific effects.

The current MRI research suggests further study is needed, said Stone, though he cautioned that as researchers study multiple aspects of cognition and memory, the statistical analyses need to be adjusted to account for the repeated measurements. Taylor agreed that functional MRI data can be subject to publication bias resulting from these repeated measurements, but said their analysis did adjust for multiple comparisons.