New research should help physicians “understand the nuances” of test results in the setting of chronic kidney disease, experts say. 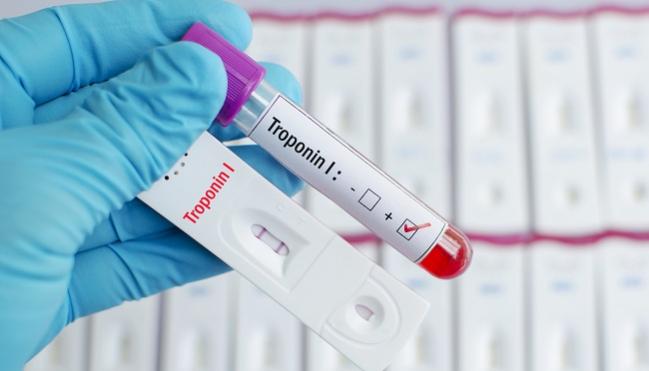 High-sensitivity troponin testing can be used to risk stratify patients with renal impairment who present with ACS symptoms, but the results must be interpreted differently than for patients with normal kidney function, according to new research. Patients with kidney disease tend to have higher levels of baseline troponins and also be at greater risk for cardiovascular events, so the reliability of high-sensitivity troponin assays—used commonly throughout the world to diagnose MI—has been questioned in this population.

“We often struggle in a clinical setting with patients [who have kidney disease] when they come in with a number of conditions and we find that their troponin is elevated,” senior study author Neeraj Dhaun, MBChB, PhD (University of Edinburgh, Scotland), told TCTMD. “It is often considered that troponin is elevated in kidney patients because they have kidney disease—that it's not actually a measure of heart problems.”

Along with Eve Miller-Hodges, MBChB, PhD (University of Edinburgh), Dhaun and colleagues looked at 4,726 patients who underwent high-sensitivity troponin I testing (Architect STAT troponin I assay; Abbott Laboratories) for suspected ACS at one of three hospitals in their region between June 2013 and January 2014. Nineteen percent of patients were deemed to have renal impairment (estimated glomerular filtration rate< 60 mL/min/1.73m2).

Patients with troponin concentrations < 5 ng/L at presentation were considered low risk for the primary outcome (index type 1 MI, or type 1 MI or cardiac death at 30 days) regardless of renal function, but this was more commonly seen in those without renal impairment (56% vs 17%; P < 0.001).

This finding is “encouraging,” Dhaun said, because it means that patients with kidney dysfunction who present to hospital with potential ACS can be “safely discharged” if their troponin I level is below 5 ng/L.

For those in the middle with troponin I concentrations of between 5 ng/L and the 99th percentile, the risks of both readmission with type 1 MI or cardiac death and all-cause mortality at 1 year were higher for those with renal impairment.

This is probably the “most interesting” finding, according to Dhaun, as these are patients who would normally be sent home given current practice in the United Kingdom. “But what our study shows is that these patients are at increased future risk of cardiovascular disease and we should be targeting them for cardiovascular interventions,” he said.

The results were published online October 4, 2017, ahead of print in Circulation.

In the United States today, only one high-sensitivity troponin T assay (Elecsys Troponin T STAT assay, Roche) is approved for use by the Food and Drug Administration. Allan Jaffe, MD (Mayo Clinic, Rochester, MN), who was not involved in the study, told TCTMD that given the relatively recent approval of the Roche assay, “I would suspect or hope that the dam will break and that more high-sensitivity assays will be approved.” The one used in this study “is available throughout the rest of the world, so it's not one of those that is still in a developmental phase,” he said, adding that he hopes this assay will be available for US physicians “fairly rapidly.”

Renal-dysfunction patients commonly have troponin elevations—with those of troponin T often being higher than troponin I—Jaffe reiterated. “Therefore, it’s not terribly surprising that if you take a group that is going to have a lot of increases already, that the increases lack some degree of specificity for myocardial infarction to a much greater extent than do other groups,” he said. “But prognostically, these elevations are terribly important whether they are associated with MI or not.”

For those immersed in the world of high-sensitivity troponin assays, “there are no surprises in these data, but it is always good to document the impact in a more systematic way for clinicians who may not appreciate all the nuances, and that’s the potential benefit of this manuscript,” he said. The key messages of this study are that for patients with renal impairment “low numbers of high sensitivity troponins are less common and thus a single-sample rule out approach is less efficacious and applicable to many fewer patients; the specificity of a given elevation is not as high for MI as it is in those without renal disease; and the prognosis of those who have high values, even without MI, need to be taken seriously.”