The genetic analysis addresses limitations of past studies that suggested being overweight or obese might sometimes be protective. 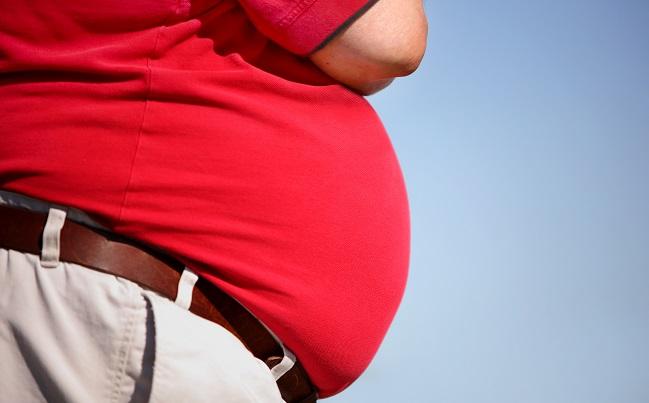 New data from a large genetic analysis help dispel the notion that being overweight or obese protects some individuals from adverse clinical outcomes.

“These genetic studies of body mass index—and this isn’t the first, although it is one the biggest—are useful because if you look at BMI and its relationship to outcomes, such as mortality, just on the basis of observational data, you tend to see a U-shaped curve,” said senior investigator Naveed Sattar, MD (University of Glasgow, Scotland). On the basis of these data, along with other reports supporting the “obesity paradox,” he said, some “make the assumption that in certain people being overweight or obese is good for you.”

Over the years, the apparent benefits of being overweight have been noted in individuals with hypertension, peripheral artery disease, type 2 diabetes, and patients on hemodialysis. Additionally, the phenomenon has been observed in patients undergoing TAVR, with fatter patients having lower rates of mortality at 1 year than normal or underweight patients.

To TCTMD, Sattar noted that the apparent effects of body mass are heavily influenced by confounding variables, such as whether or not the person smokes, and this may have influenced studies showing the inverse correlation between outcomes and BMI. Reverse causality might also be at play, with a patient’s lower weight reflecting the presence of chronic illnesses such as cancer and severe heart failure, or even subclinical disease that would increase their risk of adverse outcomes.

“That can confound the relationship in terms of what see with regard to outcomes,” he said.

The study, led by Donald Lyall, PhD (University of Glasgow), was published July 5, 2017, in JAMA Cardiology.

The researchers performed a Mendelian randomization analysis and developed a genetic risk score based on 93 single nucleotide polymorphisms (SNPs) linked with BMI. These SNPs served as a proxy for BMI and allowed researchers to determine if being overweight plays a causal role in cardiometabolic disease risk.

While poor lifestyle is the main reason individuals are overweight, there is also a genetic component influencing BMI, said Sattar. Approximately one-third of variations in BMI can be attributed to common genetic variants, such as those on the FTO gene.

These findings refocus attention and strengthen the evidence base supporting the “causal” connection between BMI and hypertension, diabetes, and coronary heart disease, according to Christopher O’Donnell, MD (Veterans Affairs Boston Healthcare System and Brigham and Women’s Hospital, MA), who wrote an editor’s note accompanying the study.

Regarding the previously published observational studies suggesting that being overweight is protective, Sattar said such findings confuse not only the public but also physicians. Clinicians may be inclined to “take their foot off the gas a bit” when it comes to weight management advice in overweight patients, he suggested. It’s equally confusing for patients, who hear only the message that overweight people live longer and take from that they don’t need to worry about their diets, said Sattar.

The study does have limitations, he conceded, pointing out a Mendelian randomization analysis assumes that SNPs are associated solely with the variable in question. It’s possible, however, that genes associated with increased BMI might also be associated with other factors.

“Having said that, this does give us a different look at the evidence,” he said. “If you take our study, [along] with some of the other genetic Mendelian randomization studies, it suggests that high BMI is associated with lots of adverse outcomes. None of them suggest any protection from being overweight.”