In an exploratory study, canagliflozin appeared to blunt the rise in NT-proBNP and high-sensitivity troponin I in diabetic patients. 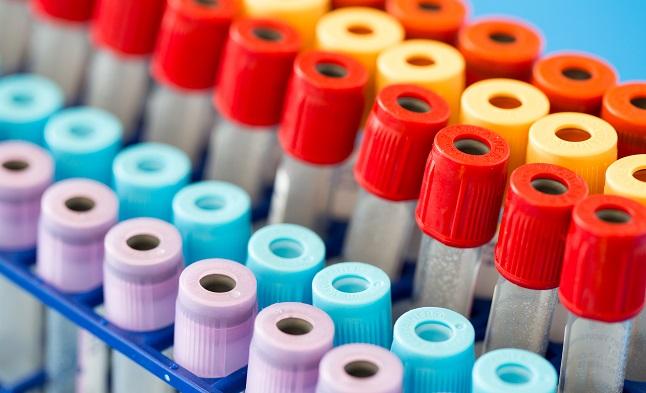 Treatment with the sodium glucose co-transporter 2 (SGLT2) inhibitor canagliflozin appears to slow the rise of two established cardiovascular biomarkers associated with heart failure risk in patients with type 2 diabetes compared with placebo, a new study suggests. These data provide clues as to how the drug benefits the cardiovascular system, as seen in other recent type 2 diabetes drug trials using SGLT2 inhibitors, researchers say.

The study, published online ahead of the August 8, 2017, issue of the Journal of the American College of Cardiology, is very important “because it is the first definitive proof that treatment with canagliflozin has a mechanistic impact on heart injury and stress,” lead author James L. Januzzi Jr, MD (Massachusetts General Hospital, Boston, MA), told TCTMD.

Despite these positive results, Januzzi said it remained unclear from a mechanistic perspective why treatment with SGLT2 inhibitors reduced cardiovascular risk.

Looking for answers, he and his colleagues analyzed previously collected serum samples from 666 patients ages 55 to 80 with type 2 diabetes randomly assigned to receive canagliflozin 100 mg, canagliflozin 300 mg, or placebo. The post-hoc analysis looked at the median percent change in serum N-terminal pro-B-type natriuretic peptide (NT-proBNP), high-sensitivity troponin I (hsTnl), soluble (s)ST2, and galectin-3 from baseline to 26, 52, and 104 weeks.

Soluble ST2 and galectin-3 are relatively newer biomarkers, he noted. “In prior work with the Framingham Heart Study we found that sST2 predicted onset of heart failure in apparently well people,” he said.

In their analysis, assignment to placebo resulted in increases in both serum NT-proBNP and serum hsTnl levels that were significantly greater than any rise seen among canagliflozin-treated patients. Over a 2-year period, placebo-treated patients saw a median rise from baseline of 12.5 pg/mL for NT-proBNP, compared to a negligible change among the canagliflozin-treated patients. Similarly, hsTnl rose by 0.3 pg/mL in the placebo group, but held steady in the SGLT2 inhibitor group. No differences in serum sST2 occurred in either arm of the study at any time point. For serum galectin-3, the placebo group saw modest increases as compared with canagliflozin at 26 and 52 weeks, but this difference was not statistically significant at 2 years.

In an accompanying editorial, Nikolaus Marx, MD (University Hospital, Aachen, Germany), says these data hint at the mechanisms contributing to the cardiovascular effects of SGLT2 inhibitors.

“Because changes in biomarkers over time are thought to provide prognostic information, the results of the study by Januzzi et al suggest that SGLT2 inhibitors may prevent or delay the development of cardiovascular disease, particularly the development of heart failure,” Marx writes.

Januzzi agreed, adding that when EMPA-REG OUTCOME was published, its results were a surprise to many.

“It drew our attention to a possible favorable impact on heart muscle performance and stress,” Januzzi said. “The results from this study indicate that there clearly appears to be a link between treatment with canagliflozin and reduction in cardiac stress and injury, which helps us understand why these drugs are so beneficial.”

The cardiovascular risk reduction seen with treatment with SGLT2 inhibitors is quite substantial and significantly larger than any potential risk for amputation. James L. Januzzi

With that in mind, Marx writes that “the biomarker data shown here can only to a limited extent be extrapolated to the higher-risk populations in the EMPA-REG OUTCOME and the Integrated CANVAS Program.”

In May, the US Food and Drug Administration issued a safety announcement noting that data from two large clinical trials have concluded that canagliflozin increases risk for leg and foot amputations.

Januzzi acknowledged this potential risk with canagliflozin, but added that any new therapy needs to be scrutinized in terms of the risk and benefit it brings to patients.

“Patients with diabetes, particularly those with a cardiovascular risk background such as studied in CANVAS are by definition at higher risk for vascular complications including peripheral artery disease complications such as amputation,” Januzzi said. “It is necessary to think carefully about potential risks and benefits of these drugs, recognizing that the cardiovascular risk reduction seen with treatment with SGLT2 inhibitors is quite substantial and significantly larger than any potential risk for amputation.”