Device companies and their workers were severely affected by the natural disasters that struck Puerto Rico and California. 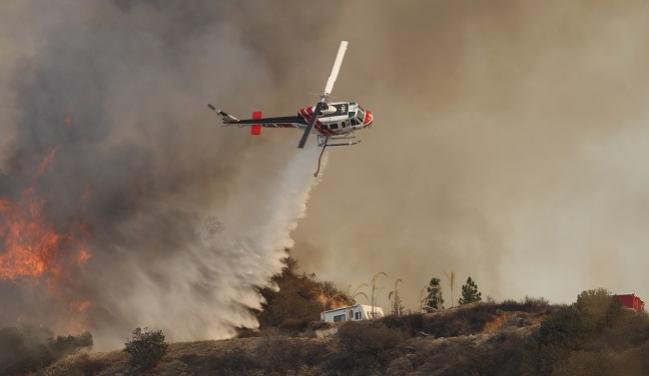 For Medtronic’s part, its four manufacturing facilities in Puerto Rico are all back up and running on some level after Hurricane Maria battered the island starting with its landfall on September 20. “We continue to increase our operations capability there,” company spokesperson Fernando Vivanco told TCTMD, noting that almost all of Medtronic’s roughly 5,000 employees in Puerto Rico are back to work.

Vivanco said the company has been helping its workers on the island by distributing food, water, and fuel; providing showers, washers, and dryers at some of its facilities; and setting up temporary day care centers. “The welfare of our employees and their families is a primary concern,” Vivanco said. He added that he is not aware of any injuries or deaths among Medtronic workers.

Just as the company was coming to grips with the aftermath of the hurricane, it also got hit by the wildfires still ravaging California. Its Santa Rosa facilities, which house the aortic/peripheral disease and coronary/structural heart disease units and about 900 employees, remain under a mandatory evacuation order, but Vivanco confirmed that the buildings are still standing and said that he expects employees to return soon.

In both Puerto Rico and California, he said, Medtronic implemented business-continuity plans to manage effects on the company’s operations. When asked about the potential financial impact of the recent events, Vivanco said the situation in California is still being assessed. Regarding Puerto Rico, he pointed to an October 6 press release, in which the company “estimates an impact to both revenue and non-GAAP net earnings up to $250 million dollars in the fiscal 2018 second quarter, which closes on October 27, 2017,” and says that it is too early to tell what the impact might be beyond that.

Medtronic is not alone, however, in dealing with the effects of natural disasters. Abbott, for example, has facilities in both California and Puerto Rico. The company’s facilities in California are operational, according to spokesperson Scott Stoffel.

He told TCTMD in an email that there are about 1,300 Abbott employees in Puerto Rico, where “we have manufacturing for some cardiovascular products, and additional employees to support sales for our other businesses.”

The company is supporting its employees on the island through its Clara Abbott Foundation and contributing to the broader relief efforts following Hurricane Maria, Stoffel said. The company also has provided relief for earthquakes in Mexico and Hurricanes Harvey and Irma. “To date, Abbott and the Abbott Fund have provided $4.25 million in funding and products to support hurricane and earthquake relief efforts in recent weeks,” Stoffel said.

In terms of Abbott’s business operations in Puerto Rico, Stoffel said that its manufacturing and other facilities are operating and that no product inventory was lost because of the hurricane. “Our focus is to maintain supply of our products for the people who need them,” Stoffel said. “Financially, there is no material impact.”

A spokesperson for Boston Scientific, Kate Haranis, told TCTMD in an email that the company has a plant in Dorado, Puerto Rico, which manufacturers most of its pacemakers and implantable cardioverter defibrillator leads.

She said the company has confirmed the safety of all of its roughly 1,000 employees on the island. “Our focus is still on assisting our colleagues who have lost their homes and are facing other pressing needs,” she said. “In addition to distributing immediate aid, we will continue to deliver supplies to help them through the difficult days ahead.”

Boston Scientific’s facilities suffered minimal damage, Haranis said. “The plant is operational and all commercial product lines were re-established, with a focus on high-volume products,” she said. “Full volume will also require restoration of the electric grid, but we are able to run production on our back-up generators and are optimistic we can minimize customer impact.”

The Effect of Northeast Japan Earthquake on Acute Myocardial Infarction