After a decade of radiation concerns, operators need to remember why they are doing a CT in the first place as well as assuage patient fears, experts say. 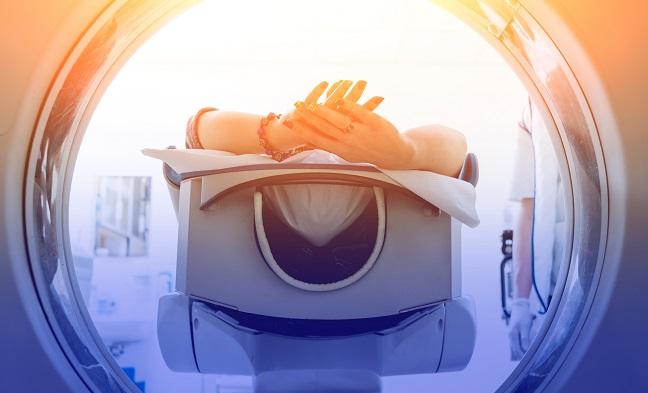 WASHINGTON, DC—Dose-sparing strategies to reduce radiation during cardiac CT have slashed risks to patients and physicians alike, but experts speaking in a dedicated session at the Society of Cardiovascular Computed Tomography (SCCT) 2017 Annual Scientific Meeting warned that complacency may be setting in, hindering further improvements.

About 10 years ago, research began to emerge showing that patients undergoing cardiac CT were receiving high doses of radiation that did not necessarily correlate with image quality. Hospitals varied widely in their practices and while several dose-minimizing strategies were known, they were not frequently employed.

In 2009, the SCCT issued guidelines to address the concerns, leading to better awareness among imagers, manufacturers, and the general public that have helped drive the risks down.

But that awareness may be waning, session co-chair and medical physicist Mahadevappa Mahesh, MS, PhD (Johns Hopkins Hospital, Baltimore, MD), told TCTMD. “People are beginning to become complacent,” he said. “It's very fortunate that the [average radiation] dose has come down. However, we have to make sure that we [don’t forget about this issue].”

Because of the progress that has been made over the last few years, presenter Stephan Achenbach, MD (University of Erlangen-Nuremberg, Germany), said the topic of radiation dose is “not as pertinent anymore as it used to be.” Using a variety of scanning techniques like altering the mode on the scanner to take images in a prospective instead of retrospective fashion and lowering the peak kilovoltage have enabled patients to be imaged with substantially less radiation today, he explained.

But it’s possible that some operators take it too far, Achenbach said, adding that if the audience were to take away only one lesson from his talk, it would be that “it’s not the race for the lowest dose. The primary goal is to have a fully interpretable scan.”

It’s not the race for the lowest dose. The primary goal is to have a fully interpretable scan. Stephan Achenbach

Mahesh echoed the importance of this concept. “We see sometimes people getting more excited and try to push the dose to the lowest level. They can jeopardize the diagnosis,” he said.

Much of the incentive to do so is coming from “mass media articles that are [suggesting] that CT imaging is so bad,” Mahesh commented. After hearing so much about this in the news, “people get worried about radiation dose without understanding the whole reality. . . . Balancing between the dose and image quality is very critical.”

In another presentation, Ed Nicol, MD (Imperial College London School of Medicine, England), explained how his institution overhauled their protocol and started a dose monitoring program to better find that balance.

After upgrading their scanner in 2011, “our doses were not quite as good as we had hoped,” he said. In order to really “take the time to sit back and benchmark,” they formed collaborative working groups among the technologists, medical physicists, and clinicians. “This is a level of nuance and a level of detail that I suspect a lot of organizations currently don’t take the time to do,” Nicol observed.

It took 3 years, but Nicol reported that his team streamlined their ability to deliver the right patient radiation doses while improving their imaging ability. The result was a paper published in 2016 that serves to guide other institutions as to how to lower their own radiation doses practically.

In both 2014 and 2017, Nicol and colleagues compared the average radiation doses of 50 UK centers and more than 1,300 coronary CTA scans. Although the results were blinded, the centers with the four highest average doses “have changed practice,” he reported. “Peer pressure [drove] down the dose.”

While some dose registries exist in both the United States and the United Kingdom for CT radiation doses in general, Nicol said, “there is still relatively little literature out there in terms of actual dose with regard to national and international correlation.

“It’s hugely valuable to know where you’re at. . . . You know you do not want to be the outlier,” he continued, advocating for a more extensive network of dose registries. Having this knowledge could also be “a powerful tool to persuade your administrators that it’s time to upgrade your scanner.”

It’s hugely valuable to know where you’re at. . . . You know you do not want to be the outlier. Ed Nicol

In the US, dose monitoring registries are “happening in bits and pieces,” Mahesh told TCTMD. “Now with the regulations requiring everyone to report something about the radiation dose of the patients, there are registries available now” for the most common CT scans in the head, chest, abdomen, and pelvis, but not yet for cardiac CT.

“The beneficial part is if a site is interested in knowing their dose with respect to others, then they can correct [it],” he said. “Unfortunately sometimes what happens is the site is more interested in signing up to the dose registry for some regulatory purpose and not actually examining their data. And that will defeat the purpose.”

Another big role for the clinician today is to restore confidence in patients about the safety of necessary CT scans and to help them balance their risk and benefit, according to presenter B. Kelly Han, MD (Children’s Heart Clinic, Minneapolis, MN). She told the story of a case in which she followed a patient for 5 years “with the completely wrong diagnosis because the patient’s parents were freaked out about radiation.”

From her perspective as a pediatric cardiologist, it seems like “no one cares about radiation in the cath lab. But they freak out about CT,” she said. “It’s really permeated our patients. We have patients cancelling their CTs, and we can’t even start the conversation.”

The problem is that the risk of not performing the scan is “never known” ahead of time, Mahesh added.

Overall, he concluded, “we have seen a lot of major significant changes in the past 10 years, and it's really heartening to see that . . . technology has changed and the way we do [things] has changed.”

Contrast and Radiation Safety: Dose Reporting, Monitoring and the Role of Dose Registries