Two prominent cardiovascular surgeons, however, call TAVR without on-site surgery a step backward for the field and suggest it shouldn’t be done. 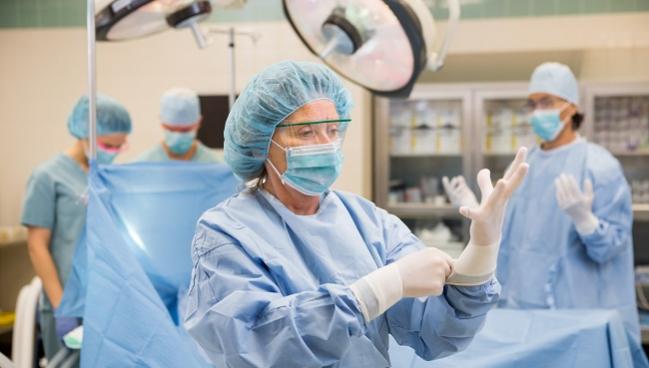 Patients undergoing transfemoral TAVR at hospitals without surgical backup fared just as well in the short- and long-term as patients treated at hospitals with on-site surgical services, according to the results of a new European study.

Although patients undergoing TAVR at hospitals without on-site surgery were at significantly higher risk than those treated at centers with surgery (logistic EuroSCORE 20.9% vs 14.2%; P < 0.001), investigators report no differences in procedural, 30-day, and 1-year survival rates in the propensity-matched analysis.

Procedural survival—defined as survival within 72 hours of TAVR—was 98.6% among those treated at the hospitals with surgical backup and 96.9% in patients treated at hospitals without on-site surgery (P = 0.034). Unadjusted 30-day and 1-year survival rates also favored procedures performed at centers with surgery. The 30-day survival rate at centers with and without on-site surgery was 96.0% and 93.1%, respectively (P = 0.039), while the 1-year survival rates were 86.1% and 80.9%, respectively (P = 0.017).

In the propensity-matched analysis, however, there were no significant differences in the short- and long-term survival rates among those treated at TAVR hospitals with versus without surgical backup.

Not So Fast, Say the Surgeons

Michael Mack, MD (Baylor Scott & White Health, Dallas, TX), and Lars Svensson, MD, PhD (Cleveland Clinic, OH), emphatically agree that the new study should not greenlight a future where TAVR is performed without on-site surgical support. In fact, in an editorial, they call TAVR without on-site surgery a “disappointing step backward.” While the Austrian researchers have shown that TAVR can be performed without the availability of a surgical suite, “the question remains, at what price and to what end?” ask Mack and Svensson.

They point out that the unadjusted procedural mortality rate in the three centers without cardiac surgery was 3.1%, more than twice as high as the 1.4% observed in centers with surgical support. It’s unknown if any of the nine deaths at centers without on-site surgery could have been avoided if surgical rescue was available, they add.

Taking the long view, Mack and Svensson question why there is a need to perform TAVR without on-site surgery, particularly in a country with fewer than 9 million people and where long, extended travel isn’t a major issue. Moreover, increased demand for the procedure is hardly a justification given that the three hospitals performing TAVR without surgery are low-volume centers averaging just 16 procedures per year.

The introduction of TAVR into clinical practice has “fostered and catalyzed” the multidisciplinary heart team approach, which puts all the patient’s therapeutic options for aortic stenosis on the table, according to Mack and Svensson. “The rationale for abandoning this approach and retreating to the times of siloed care does not seem to us to be a movement toward better patient care,” they write. “We feel that it is critically important for all patients to have equal access to all aspects of care.”

In the United States, an expert consensus statement from several societies, including the American Association for Thoracic Surgery, American College of Cardiology Foundation, Society for Cardiovascular Angiography and Interventions, and Society of Thoracic Surgeons, recommends the participation of a multidisciplinary heart team involving surgeon review as part of the TAVR program. The national coverage determination from the Centers for Medicare & Medicaid Services also requires a multidisciplinary heart team to meet in order to begin and maintain a TAVR program.

For their part, the researchers explain that despite the absence of on-site surgery, the procedures are still performed in close cooperation with cardiac surgeons from associated institutions who collaborate as part of the heart team. Moreover, these procedures were done in labs equipped for potential emergency thoracotomy, with cardiovascular anesthesiologists, cardiothoracic surgeons, and vascular surgeons present during each case to allow for bailout surgery if needed. In the absence of hybrid surgical/cath labs, TAVR without on-site surgery “might be adequate as long as all efforts are made to guarantee a close cooperation between the members of the heart team,” Egger and colleagues say.

Mack and Svensson suggest the Austrian approach looks an awful lot like on-site cardiac surgery given the equipment and personnel in place. As for high-risk patients undergoing surgical bailout having a poor prognosis, nearly two-thirds of TAVR patients converted to surgery survive the operation. “It does not appear that this is a persuasive argument to forgo surgical availability,” they write.

No Safety Net: TAVR Can Be Done at Centers Without Surgical Backup, German Study Suggests