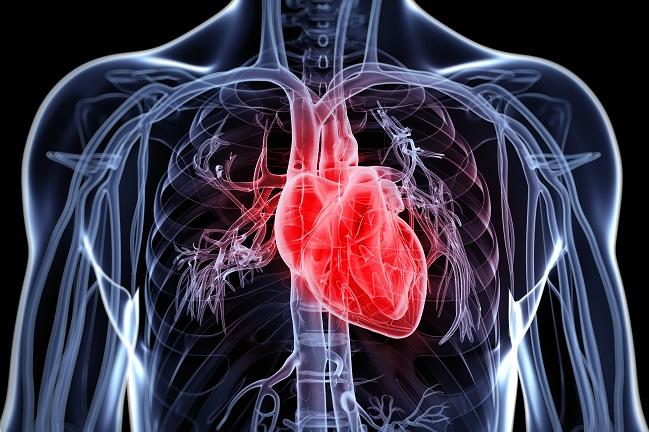 Compared with men, women evaluated for CAD are less likely to have obstructive disease, but a new study suggests they are more likely to be carrying a hidden biological risk in the form of impaired coronary flow reserve (CFR).

“Our data confirm that ischemic heart disease is more than just diagnosing and treating obstructive coronary plaques visible on coronary angiography,” lead author Viviany R. Taqueti, MD, MPH (Brigham and Women’s Hospital, Boston, MA), told TCTMD in an email. “Indeed, we found that in women, the prevalent pathologic phenotype was impaired CFR in the absence of multivessel CAD, whereas in men, most of those with impaired CFR had multivessel obstructive CAD. This may have important and novel implications because we often treat symptomatic multivessel CAD with surgical revascularization, which prior studies have suggested may mitigate some of the negative effects of an impaired CFR.”

Overall, she said, the findings suggest that “fully closing the ‘gender gap’ in ischemic heart disease will likely require more than equitable application of current guidelines. We need to think creatively about the biological contributions underlying what may be a surprisingly common phenotype with a disproportionate impact on women’s cardiovascular health.”

In the study, which was presented earlier this week at the American Heart Association Scientific Sessions 2016 in New Orleans, LA, and simultaneously published in Circulation, Taqueti and colleagues looked at 329 patients (43% women) who were referred for angiography after stress testing and who had LVEF > 40%. Despite similarities in age, use of cardiovascular medications, and extent of LV ischemia and scar on imaging, women had lower pretest clinical scores, with lower rates of prior MI or PCI, and higher LVEF compared with men. Women also had a lower burden of obstructive CAD and lower rates of early revascularization.

Despite their fewer traditional clinical risk factors and imaging findings, women had greater risk of CV events over 3 years of follow up compared with men. After taking into account lower burden of obstructive CAD on angiography, women still had higher risk of events than men (adjusted HR 2.05; 95% CI 1.05-4.02). In men, poor outcomes were closely associated with presence of severely obstructive CAD. In women, however, outcomes appeared to be as poor in those with less severe CAD as in those with severely obstructive disease.

According to Taqueti, the data represent an important first step. “A clearer understanding of the relationship between microvascular dysfunction and conditions comorbid with CAD, including insulin resistance and heart failure, may guide development of novel systemic therapies to harness the benefit of more ‘complete revascularization’ in a manner not defined by anatomy alone,” she said.

Importantly, Taqueti hypothesized that CFR may be an important biomarker of risk not only for prospective studies evaluating the role of ischemia and revascularization, but also as a target of emerging anti-inflammatory, lipid-lowering, and neurohormonal-modulating agents (ie, inhibitors of IL-1, PCSK9, neprilysin and SGLT2) on cardiovascular outcomes.

CFR “captures more fully what is going on in the heart” said Taqueti, by not only evaluating how well the arteries respond to and accommodate stress conditions, but also taking into account obstructive plaque in the epicardial arteries as well as diffuse atherosclerosis and small-vessel disease in the coronary circulation.

Co-author and session co-moderator Leslee Shaw, PhD (Emory University School of Medicine, Atlanta, GA), told TCTMD in an interview that she believes there are “a large chunk of women who just are not being identified and/or treated.” CFR, though not widely used clinically, “balances really nicely with our understanding of anatomy,” she added. “Understanding flow as well as the patient’s anatomy is required in order for us to truly identify at-risk patients . . . in whom the arteries are not functioning normally.”

Shaw said the study “builds on decades of evidence” on CFR and, coupled with exposure to very small levels of radiation via PET imaging, supports more research in this area, including whether CFR should be an endpoint in trials of drugs known to have an impact on vascular function, many of which are widely used in women.

“This is an evolution of understanding the importance of rest and stress flows that augments and maybe even provides more unique, novel data, particularly around those patients with nonobstructive disease, which is 40% to 60% of the population,” Shaw concluded.

Sex Disparities in MI Care Are Narrowing, but There’s Still a Long Way to Go