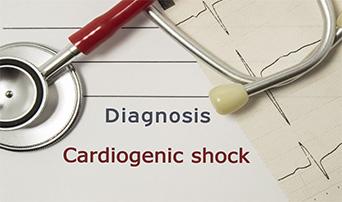 WASHINGTON, DC—Patients with STEMI complicated by severe cardiogenic shock do not derive a benefit from routine use of the Impella CP mechanical circulatory support (MCS) device during primary PCI, according to a small randomized study.

All-cause mortality through 6 months was high and did not significantly differ from that seen in patients treated with the intra-aortic balloon pump (IABP), lead author Dagmar Ouweneel, MSc (Academic Medical Center, University of Amsterdam, the Netherlands), and colleagues report online October 29, 2016, in the Journal of the American College of Cardiology.

Still, because of the exploratory nature of the study, the authors conclude that “adequately powered randomized clinical trials are needed to ascertain the value of Impella in patients with cardiogenic shock after acute myocardial infarction.”

Commenting on the study for TCTMD, Srihari Naidu, MD (Westchester Medical Center, Valhalla, NY), pointed to several possible reasons to explain the lack of a difference in mortality, including the fact that the trial was underpowered due to the small sample size, the potential need for more powerful devices, and the possibility that starting support earlier in the course of treatment could impact the results.

Also, this particular population was very high risk, he noted, with all patients requiring mechanical ventilation and nearly all requiring resuscitation from a cardiac arrest. “So it may have been that this was unique population that was too far gone from a neurologic standpoint,” he said.

Even if MCS devices do not reduce mortality, however, they do still have a role in stabilizing patients to allow for time to address other issues, speak with the family, and perform any necessary procedures, Naidu said.

Looking at mortality is important, he added, but “whether we need to evaluate these devices completely based on that, I don’t think is appropriate, because there are other benefits of these devices early on.”

Patients with acute MI complicated by cardiogenic shock have a high mortality risk. Although short-term MCS improves hemodynamic measures, it has not been shown to improve outcomes in this patient population. IABPs have been the most commonly used support devices for decades, but newer devices like the Impella percutaneous ventricular assist devices (Abiomed), which received approval by the US Food and Drug Administration for use in cardiogenic shock in April 2016, are also employed.

At the start of the current study—the IMPRESS in Severe Shock trial—guidelines recommended using IABPs in patients with cardiogenic shock, but after the IABP-SHOCK II study failed to show a benefit from the intervention, the recommendations were downgraded to class IIa in the US guidance and to class III in the European guidance.

Nevertheless the trial continued, enrolling 48 patients with STEMI complicated by severe cardiogenic shock defined by a requirement for mechanical ventilation and either a systolic blood pressure lower than 90 mm Hg for more than 30 minutes or the need for inotropes or vasopressors. Nearly all patients (92%) had had a cardiac arrest before randomization. All patients underwent primary PCI.

Follow-up echocardiography showed that LVEF did not differ between groups—46% with Impella CP and 49% with IABP.

This Is Not the End for Support Therapy

Few studies have explored the use of MCS in patients with cardiogenic shock, particularly with a comparison between IABPs and other devices. So the investigators also performed a meta-analysis of trials comparing Impella devices and IABPs, which was published today as a separate research letter in JACC. The analysis included just three studies with a total of 95 patients and yielded results similar to the IMPRESS in Severe Shock study, with no difference in all-cause mortality at 30 days or 6 months.

In an accompanying editorial, Uwe Zeymer, MD (Klinikum Ludwigshafen, Germany), and Holger Thiele, MD (University Heart Center Lübeck, Germany), congratulate the investigators for performing the trial without support from industry but criticize it for being underpowered.

They also question whether the participants did, in fact, have severe cardiogenic shock, pointing to 6-month mortality rates similar to those seen in larger trials, including IABP-SHOCK II.

“Being largely underpowered, [the study] can only be regarded as a feasibility trial,” they write. “It may serve as the basis for a larger clinical trial, preferably versus optimal medical therapy. However, based on the absolute mortality difference of 4%, such a trial would need approximately 2,500 [cardiogenic shock] patients to show a real mortality difference with a power of 80%.”

Zeymer and Thiele say many questions still remain regarding appropriate patient selection, the impact of the timing of device insertion, whether any MCS devices can reduce mortality in patients with cardiogenic shock, whether a device is currently available with the appropriate design and sufficient support, and whether the complications outweigh the benefit.

“The failure of the IABP in the IABP-SHOCK II trial and also the failure of Impella in the feasibility [IMPRESS in Severe Shock] trial should not be considered as the end of MCS device therapy itself,” they conclude. “These trials should be more considered as seminal trials for future research in this field to answer all these open questions.”

Naidu agreed with the need for further research, saying that the IMPRESS in Severe Shock trial is important in that it shows the feasibility of performing randomized studies in this population and may spur the field to undertake larger trials.

Fallout From Rehospitalization After Acute MI May Extend Beyond Economics

Outcomes of Impella in 347 Patients With Cardiogenic Shock: The US Impella Registry

Mechanical Circulatory Support in High-Risk PCI: A Guide to Which, When, Who, and How