Previously undiagnosed malignancies that turn up during TAVR planning pose quandaries for physicians that will only mount as younger patients are treated. 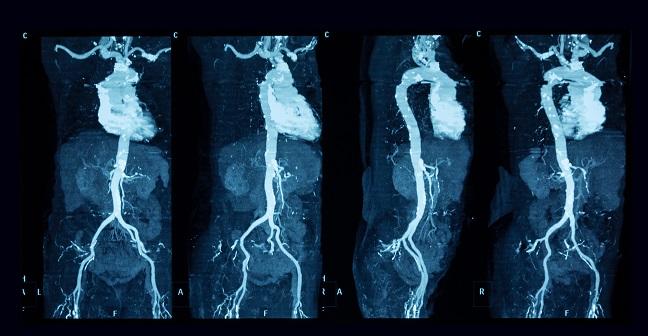 The presence of incidental findings on CT angiography (CTA) among patients undergoing TAVR is associated with increased risks of noncardiovascular and overall mortality but not cardiovascular mortality, according to a new study that retrospectively followed patients for up to 5 years.

Ever since CTA became the gold standard for assessing the aortic annulus and sizing the valve prosthesis prior to TAVR, the question emerged as to what to do about incidental findings on CTA, Rodrigo Bagur, MD, PhD (University Hospital, London Health Sciences Centre, Canada), told TCTMD. Large-scale data from studies such as SOURCE and PARTNER suggest that approximately two-thirds of patients who undergo TAVR die from noncardiac causes. As such, identifying patients at high risk for early mortality can help guide clinical care, and the presence of incidental findings on CTA may provide important prognostic clues.

To TCTMD, senior author R. Nils Planken, MD, PhD (Academic Medical Center, Amsterdam, the Netherlands), likened the questions raised by incidental findings on CTA to those that arise when nonspecific findings are found during routine screening. Which patients require follow-up? Who will benefit from treatment? In the case of potential TAVR patients, who among them are likely have a life expectancy too short to make TAVR a reasonable option?

“These findings pop up during meetings with the heart team and lead to discussions [that] take time and are inefficient,” Planken said, adding that there is considerable uncertainty over what should be done and what the impact will be on life expectancy. “These patients are assessed for a treatment purpose, and the images are there. Radiation and contrast have been used, and these patients deserve a thorough evaluation of their images.”

These patients are assessed for a treatment purpose, and the images are there. Radiation and contrast have been used, and these patients deserve a thorough evaluation of their images. R. Nils Planken

The authors conducted a retrospective analysis of 553 patients who underwent pre-TAVR CTA at a single center between 2009 and 2014. They divided patients based on the presence or absence of incidental findings and analyzed up to 5 years of all-cause, non-cardiovascular, and cardiovascular mortality. Their results were published online ahead of print June 29, 2017, in the American Journal of Cardiology.

Bagur said the study results add to the current understanding of the clinical implications of incidental findings by extending follow-up to 5 years. Other studies have only followed patients for 1 to 2 years.

Planken pointed out that while the individuals in his study were typical TAVR patients in their 80s, the questions raised by incidental findings will become even more compelling and difficult to answer as the procedure is increasingly offered to younger patients.

“Ultimately, we would like to have a prediction model that is lesion-specific to use within the heart team for [clinical] decision-making, but our sample size was not big enough to do that,” he said. “In the future, it would be helpful if other reports that will come out would use standard classifications of incidental findings and standard ways of reporting, so we can have a really large database. Then you can use it for prediction models.” Such models could prove beneficial at many levels of clinical decision-making, he explained, starting with the radiologist deciding which findings to report, and continuing with which patients require further follow-up and which may prove not to be good candidates for TAVR at all because of other health concerns.

Bagur agreed. “Because TAVR is now performed in intermediate- and low-risk patients with a longer life expectancy than initial cohorts of high-risk and very old patients, developing a score, or incorporating it to current ones, that can predict worse outcomes based on incidental findings could be a goal for further research,” he said. Current perioperative risk assessment tools, Bagur noted, do not take into account incidental findings at all, not even malignant ones. The latter category is probably not included, he explained, because patients with active cancer would not likely find themselves as candidates for surgery in the first place.

Shingles Strongly Tied to Increase in MI and Stroke Risks