Stop, pause, or bridge: there is a lot of variability in how drug therapy for nonvalvular A-fib is managed during elective or urgent procedures. 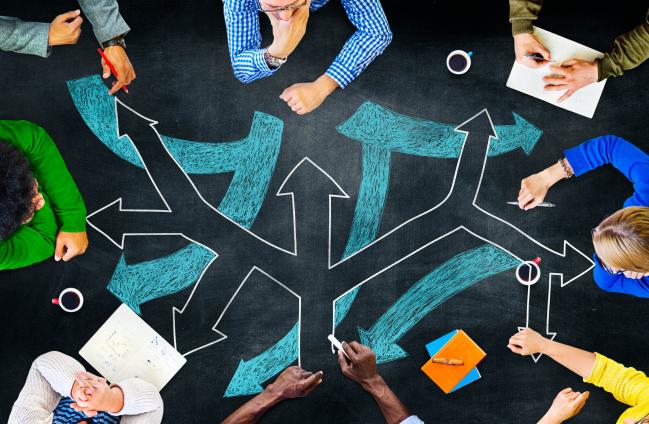 The latest expert consensus decision pathway from the American College of Cardiology tackles tricky decisions surrounding the periprocedural management of anticoagulation in patients with nonvalvular A-fib.

The document and accompanying smartphone app walk clinicians through choices about interruption and how it should be done, bridging with an IV or subcutaneous agent, and restarting anticoagulation after the procedure.

Temporary interruption of anticoagulation is “a common clinical problem, and there is not clear guidance as to what should be done,” John Doherty, MD (Thomas Jefferson University, Philadelphia, PA), chair of the writing committee, told TCTMD.

The decision pathway—published online January 9, 2017, ahead of print in the Journal of the American College of Cardiology—“is hopefully going to allow patients to be shepherded safely through this kind of process without getting into clotting problems or bleeding problems,” he said.

An estimated 250,000 North American patients have their anticoagulation temporarily stopped for a procedure each year, according to the authors, although standardized protocols do not exist at most centers and practice varies substantially. The complexity of decisions surrounding interruption is enhanced by the lack of definitive studies and by the involvement of clinicians from multiple specialties.

The new guidance represents a way to ease decision-making, and it contains visual algorithms for each step of the process. Though it is aimed primarily at patients with nonvalvular A-fib undergoing elective procedures, the parts discussing reinitiation of anticoagulation may be relevant for patients undergoing urgent or emergent procedures, the authors say.

The initial choice regarding whether to interrupt takes into consideration the inherent bleeding risks of both the procedure and the patient, as well as the thrombotic risk of stopping anticoagulation. For less serious procedures, such as cataract surgery, anticoagulation probably does not need to be stopped, Doherty said.

An important factor to consider throughout the process is whether patients are taking warfarin or one of the newer non-vitamin K antagonist oral anticoagulants (NOACs), particularly after the decision to interrupt has been made. Bridging with a parenteral agent is “rarely, if ever, needed” in NOAC-treated patients because of the short half-lives of the drugs, the authors say, whereas warfarin-treated patients at high thromboembolic risk are more likely to derive a benefit from bridging.

“It was our premise at the outset that a lot of patients are being bridged in a way that does not incorporate their risk,” Doherty said, noting that the document emphasizes the consideration of thrombotic and bleeding risks when deciding on a course of action.

When it comes to restarting anticoagulation, hemostasis at the procedure site is required regardless of whether patients are taking warfarin or a NOAC, according to the guidance.

This type of document, Doherty said, is intended to complement practice guidelines. “Where consensus pathways differ from guidelines is that these are areas in which the clinical evidence is not as robust and the practice patterns are variable,” he said. “It’s a way, based on the current state of knowledge, to guide people through the decision process.”

It remains to be seen how the document will be received, he said, pointing out that some clinicians are philosophically aligned with bridging or nonbridging approaches to temporarily interrupting anticoagulation and thus may take issue with some of the recommendations.

Doherty noted, however, that the guidance was peer reviewed by multiple professional societies involved in issuing recommendations regarding anticoagulation and that over 500 comments were taken into consideration before issuing the pathway.