While there had been hope morphine could curb the effects of reperfusion injury, a small Korean study found no benefit of treatment. 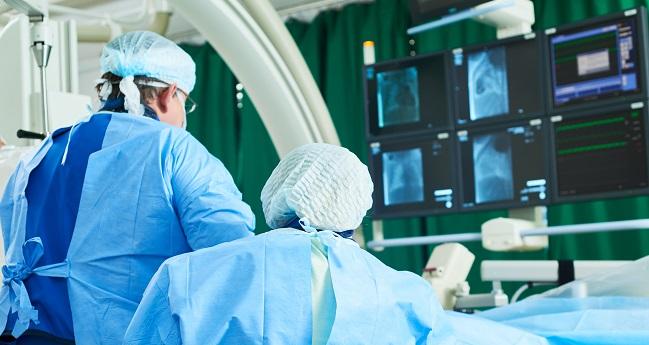 Intracoronary administration of morphine in STEMI patients undergoing primary PCI fails to reduce myocardial infarct size, a new randomized study has shown. It had been hoped that morphine could help prevent reperfusion injury.

The results suggest it’s unlikely morphine during primary PCI is protective, although study investigators did not rule investigating whether a different dose, a change in timing, or a different route of administering morphine might have a clinical benefit.

“Although several cardioprotective strategies have been attempted to prevent reperfusion injury and to reduce myocardial infarct size, none of them has been definitively proven to be effective,” according to senior investigator Joo-Yong Hanh, MD (Samsung Medical Center, Seoul, Korea), and colleagues. “Considering the high mortality and substantial rate of patients with LV dysfunction after STEMI, identifying an effective therapy for preventing lethal reperfusion injury is highly demanding.”

In their paper published online April 3, 2017 in the Journal of the American Heart Association, the researchers, including first author Hye Bin Gwag, MD (Samsung Medical Center), explain that previous laboratory and animal studies have hinted morphine could reduce reperfusion injury and myocardial infarct size in a way similar to ischemic periconditioning. To test the hypothesis in a clinical trial, they randomized 91 STEMI patients (TIMI flow grade 0-1) undergoing primary PCI to intracoronary morphine (3 mg diluted with 3 mL of normal saline) or normal saline administered into the coronary artery immediately after the restoration of flow.

Cardiac magnetic resonance (CMR) imaging performed 5 days after the index event revealed no significant difference in myocardial infarct size, which was defined as percentage of LV volume. Other CMR measurements, including the extent of microvascular obstruction and the myocardial salvage index, were also similar between the morphine-treated patients and controls. Additionally, there was no difference in peak creatine kinase-MB levels, final TIMI flow, myocardial blush grade, or complete resolution of ST-segment between the study arms.

The researchers point out that several studies have shown morphine, which is frequently given in the STEMI setting to provide pain relief, may impair antiplatelet activity by delaying absorption in the gastrointestinal tract.

“However, morphine did not show any harmful effects in our study,” write Gwag and colleagues.

Absorb BVS Use Restricted in Europe

N-Acetylcysteine for Myocardial Salvage in STEMI? NACIAM Trial Treads Where Many Have Flopped Before