In a large Taiwanese database, patients with atrial flutter had a much lower incidence of stroke at the same CHA2DS2-VASc score as patients with A-fib. 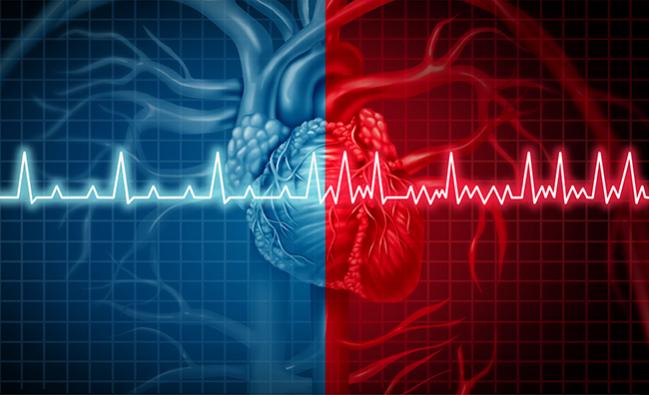 Although patients with A-fib and those with atrial flutter (AFL) are generally managed by clinicians in much the same way for stroke prevention, new data suggest that a common risk score used for both sets of patients is less predictive among AFL patients.

In a new study of 200,000 individuals in Taiwan, those with AFL had a significantly lower risk of ischemic stroke compared with A-fib patients despite having similar CHA2DS2-VASc scores.

According to the authors, led by Yu-Sheng Lin, MD (Chang Gung Memorial Hospital, Chiayi, Taiwan), the results “suggest that the efficacy and safety of oral anticoagulants to reduce ischemic stroke in patients with AFL with the currently recommended CHA2DS2-VASc score should be reevaluated.”

Geoffrey Barnes, MD (University of Michigan, Ann Arbor), who was not involved in the analysis, said the new findings are potentially important because despite the fact that AFL patients are commonly seen in clinical practice, data on how best to manage them is sparse. He added that many clinical trials and even guideline recommendations tend to lump A-fib and AFL patients together without much thought to their differences.

“This study is interesting and thought-provoking, and it does raise the question of whether we should be treating A-fib and A-flutter the exact same,” Barnes told TCTMD. “In particular, when we give patients an estimate of stroke we may not be able to use the same numbers for patients with A-fib and A-flutter.”

The study was published online August 3, 2018, ahead of print in JAMA Network Open.

For the study, Lin and colleagues analyzed data on 188,811 patients with A-fib and 6,121 with AFL included in the Taiwan National Health Insurance Research Database. These patients were matched with 24,484 control subjects that had no rhythm disorders. The mean CHA2DS2-VASc score was 2.2 for controls, 3.0 for the AFL group, and 3.5 for the A-fib group. The burden of comorbidities was higher in both the A-fib and AFL cohorts compared with controls.

At 3 years, the incidence of stroke per 100 person-years was 3.08 in the group with A-fib, 1.45 in those with AFL, and 0.97 in controls. Incidence increased in all three groups with increasing CHA2DS2-VASc scores. However, comparing the groups by score, the researchers found that the risk of ischemic stroke for A-fib patients with a score of 1 was similar to that of AFL patients with a score of 2. Additionally, a score of 2 in the A-fib cohort was similar to a score of 4 in the AFL cohort. Compared with controls, A-fib patients had a higher incidence of stroke across all levels of CHA2DS2-VASc score, while AFL patients only had higher rates compared with controls at scores of 5-9.

All-cause mortality per 100 person-years was 17.8 in the A-fib cohort, 13.9 in the AFL cohort, and 4.2 in controls, increasing in all three groups with increasing CHA2DS2-VASc scores. At scores of 1, 2, and 3, mortality incidence was higher for those with A-fib than AFL. As the scores increased, the differences in incidence between the two groups became less pronounced.

“The key here is to try to validate this in a prospective manner, because if so that would probably change my clinical practice,” Barnes observed.

Among the unanswered questions about the current study, he said, are whether the results can be generalized to a more ethnically diverse population beyond Taiwan and what impact ablation may have on risk since it is often possible to cure AFL with ablation therapy. Another issue is that the study authors intentionally excluded patients who were on anticoagulants already. “They can’t control for why a clinician chose not to treat those patients, and that could account for some of the differences between the populations,” Barnes said.

Yet another consideration is the diagnosis of AFL itself. “Many clinicians don’t distinguish between A-fib and A-flutter that well,” he noted. In a database study such as this where ICD codes and claims were used to identify patients, some misidentification may have occurred, Barnes added. “Unless you go through and look at the EKGs for each patient you really can’t be sure that they were only looking at strictly A-fib and strictly A-flutter groups. It’s possible that there may have been some cross contamination of these groups, and that’s another reason to study this further.”

We Asked, You Answered: Learning by the Numbers

Stroke Not the Only Concern in Patients With A-fib