Over a decade, only 5,005 such surgeries were performed in the US. In-hospital mortality held steady at 8.8% despite rising experience. 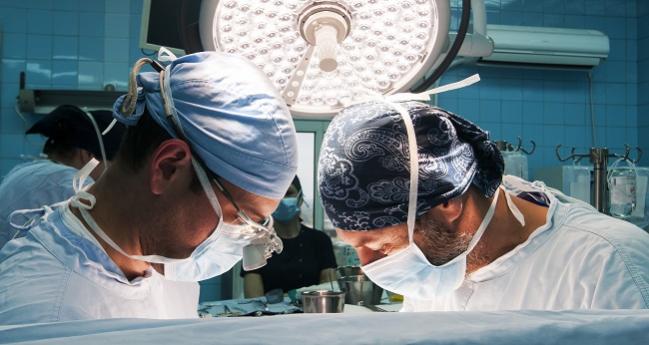 In the midst of exploding interest in aortic and mitral interventions, the tricuspid valve remains relatively uncharted territory. Isolated tricuspid valve (TV) surgery is particularly rare, but a new analysis of administrative claims data is helping to shed light on this high-risk population.

Over a recent 10-year period between 2004 and 2013, only 5,005 isolated TV surgeries were performed across the United States, researchers led by Chad J. Zack, MD (Mayo Clinic, Rochester, MN), found. And while the annual case volume rose from 290 in 2004 to 780 in 2013, this growing experience hasn’t translated to lower in-hospital mortality. Across the years, in-hospital mortality held steady at 8.8%, with a higher risk seen for patients having TV replacement versus repair (adjusted OR 1.91; 95% CI 1.18-3.08).

The findings were published online this week ahead of the December 19, 2017, issue of the Journal of the American College of Cardiology.

“The tricuspid valve has been described by many people as the ‘forgotten valve,’” Martin B. Leon, MD (NewYork-Presbyterian/Columbia University Medical Center, New York, NY), who was not involved in the study, told TCTMD. It is in part the high mortality rate and a reluctance to put patients through surgery that the prospect of less invasive options is so attractive, he suggested.

Despite the rarity of isolated TV surgery, an estimated 2.5 million patients have moderate or severe tricuspid regurgitation (TR) in the United States, Leon said, with a yearly incidence of 200,000 to 250,000 new patients.

This study, then, offers a unique perspective, said Leon. Of the approximately 10,000 TV surgeries done each year, “the vast majority—more than 90% of them—are done in conjunction with left-sided surgery” for aortic stenosis or mitral valve disease, he explained. “So the tricuspid has been, to a certain extent, an innocent bystander in patients with left-sided disease and had been treated usually in the context of left-sided disease, only rarely treated by surgery as an isolated operation.”

Operators doing mitral valve surgery should check the right side of the heart to see whether patients show signs of severe TR or significant annular dilatation, Leon advised, because 1-year outcomes are worse if the tricuspid valve isn’t fixed.

What Sets These Cases Apart?

In an editorial accompanying the paper, Thomas M. Bashore, MD, and John D. Serfas, MD (Duke University Medical Center, Durham, NC), point out that the study lacks critical information about the patients included in the analysis.

“Nothing is known about patients’ left or right ventricular function or size, pulmonary artery pressures, or even the specific indication for surgery,” they note.

Indeed, what can’t be drawn from the data is the “acuity” of the patients, Leon agreed. “Unfortunately from this study you couldn’t tell how sick they were.”

While TV surgery has a Class I indication in patients with primary tricuspid valve disease and severe symptoms that are refractory to medical therapy, this designation is based not on randomized trials but on consensus opinion, Leon said. “And the problem there is, as shown in this study, that when you operate on these patients, they do very poorly.”

Beyond the high in-hospital mortality, Zack et al showed that 26.5% of patients in their dataset developed acute kidney injury, 36.8% required transfusion, 26.0% received a permanent pacemaker, 2.6% had a cerebrovascular accident, and 2.1% had postoperative infection. Median length of stay was 11 days, with median total hospital charges of $161,500. One in five patients were discharged to a skilled nursing facility.

“People tend to manage these patients medically rather than incur the high mortality and morbidity of surgery,” Leon said. For the tricuspid valve, compared with the aortic valve, “there’s a longer time horizon in terms of the disease’s natural history and development, and a longer time horizon from the standpoint of onset of symptoms to major negative clinical outcomes such as mortality.”

Bashore and Serfas speculate that, given the study’s exclusion of patients with congenital heart disease and endocarditis, its resulting population includes a substantial proportion of patients with functional (rather than primary) TR, which is particularly challenging.

“Functional TR occurs because of various combinations of annular dilation and chordal retraction or stretch,” they say. “As opposed to the mitral valve, wherein chordae are attached to well-defined papillary muscles, the three leaflets of the TV not only attach to discrete papillary muscles, but many chordae also attach directly to the walls of the RV.”

Moreover, the editorialists note, the tricuspid annulus is “an active participant” that is dynamic throughout the cardiac cycle and influences the geometry of chordal attachments.

In functional TR cases that involve poor RV function, treating the condition might actually worsen the situation, they explain. “The high mortality observed by Zack et al may be related to TV repair/replacement in patients who have such a significantly dysfunctional RV. Because we have such poor measures of RV function available to us, the decision of when to undergo TV repair/replacement has always been and continues to remain a clinical challenge. It often comes down to a judgment call.”

Operating on patients at this stage in their disease, when they have RV dysfunction, will not result in a good outcome, Leon stressed. “This is the perfect population of patients for transcatheter techniques.”

The goal, he said, is creating “safe ways to treat the tricuspid valve without requiring open surgery.”

While there haven’t yet been any US Food and Drug Administration pivotal trials of transcatheter therapies specific to tricuspid disease, “it’s coming,” Leon predicted. “You can expect within the next 1 to 2 years, there will be [such trials] that will be very interesting to follow.”

Coronary CTA in the ED for Chest Pain Ups Statins, Aspirin on Discharge in Those at Highest Risk