Between years 1 and 5, researchers continued to find a difference in MACE compared with angiography-guided PCI. 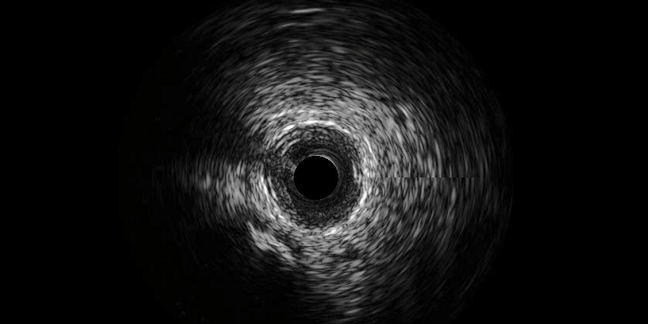 SAN FRANCISCO, CA—When intravascular ultrasound is used to guide PCI with second-generation DES in long lesions, the clinical benefits over angiographic guidance extend up to 5 years, according to long-term results from the IVUS-XPL trial.

Previously, the investigators reported positive 1-year findings. The current analysis notably shows that the initial insight provided by IVUS continues to bear fruit between 1 and 5 years. 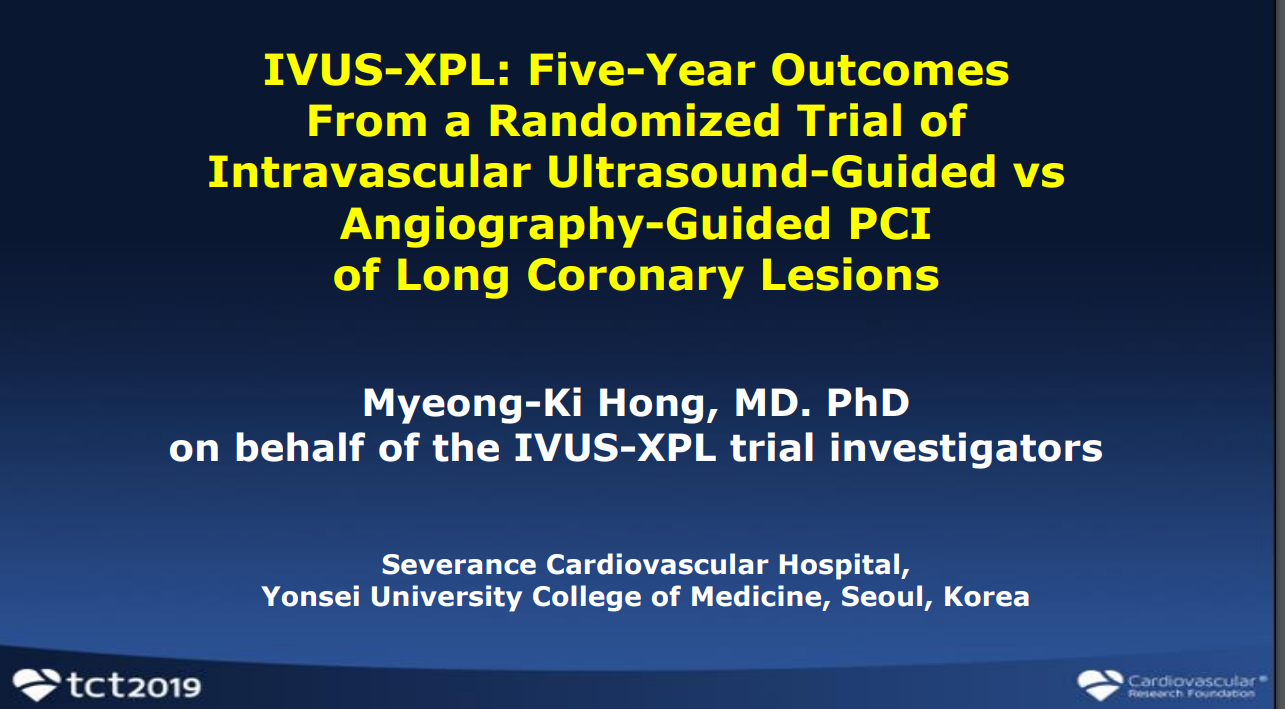 This is the first randomized trial to track the outcomes of IVUS versus angiographic guidance beyond 2 years, the researchers say. In IVUS-XPL, they emphasize, “the 1-year beneficial effect of IVUS guidance was not only sustained up to 5 years but increased between 1 and 5 years.”

“What IVUS is providing here is a tool to help operators achieve a bigger lumen dimension at [the time of the] procedure,” he explained, adding that thanks to the use of a second-generation DES, this comparatively larger lumen size with imaging-guided PCI translates into a lasting clinical benefit.

With BMS, the emphasis had been on “controlling the mechanics of restenosis,” Costa noted, but the DES era shifted toward the “biological aspects of the process.”

IVUS-XPL, he commented, “should bring us back to thinking: don’t be sloppy. Something [seemingly small] might have an impact in 5 years.”

For IVUS-XPL, the researchers enrolled 1,400 patients (mean age 64 years; 69% men) who had typical chest pain or evidence of myocardial ischemia and required stent lengths of at least 28 mm based on visual estimate; the average stent length was 39.3 mm. All patients received Xience Prime stents (Abbott Vascular) and dual antiplatelet therapy with aspirin and clopidogrel for at least 6 months.

Patients randomized to IVUS guidance had stent size and length selected by online IVUS measurements, with adjunct high-pressure dilation used according to physician discretion based on IVUS, which was allowed at any time during PCI but mandatory after the procedure. In the angiography-guided arm, stent size and length were chosen by visual estimation, with adjunct high-pressure postdilation used if the procedure did not yield an optimal result, defined as residual diameter stenosis of less than 30% by visual estimation and absence of dissection.

The primary endpoint of the trial—12-month MACE (cardiac death, target lesion-related MI, or ischemia-driven TLR)—occurred less frequently in the IVUS-guided arm (2.9% vs 5.8%; log-rank P = 0.007), due to a reduction in ischemia-driven TLR.

Five-year follow-up data were available for 85% of the original cohort. Cumulative incidence of MACE again was lower with IVUS versus angiographic guidance, this time also due to ischemia-driven TLR. In a landmark analysis of events between 1 and 5 years, “the Kaplan-Meier curves also show . . . favorable clinical outcome in the IVUS-guided PCI group,” Hong said, noting that results were consistent across subgroups.

In their paper, Hong et al also highlight the relevance of using a second-generation DES. “Everolimus-eluting stents have improved stent performance with better vascular healing and re-endothelialization properties suggesting a reduced need for intravascular imaging guidance,” they explain. Yet “the clinical benefit of use of IVUS, while perhaps attenuated, is still important in contemporary clinical practice,” the researchers note, pointing out that ischemia-driven TLR continued to occur beyond 1 year.

Session co-moderator Anthony DeMaria, MD (University of California, San Diego), asked: “Based on your results, are you now doing IVUS guidance in all of your PCIs?”

Hong said that imaging efforts should focus on complex lesions, namely those that are long, located in the left main, bifurcation, chronic total occlusion, or heavily calcified.

Costa agreed, citing the need for a “cost-effective approach to care.”

“Where you’re going to derive the biggest benefit is where you have the biggest risk,” he noted to TCTMD. “Assuming you already have a proper indication for treatment, then you have to use all your resources to achieve optimal results. Imaging is part of that [in 2019]. Even in the drug-eluting stent era, there is more opportunity for error and there’s more opportunity for restenosis, because the segment is long. It’s a marker of other diseases, too—usually a long lesion doesn’t come by itself. . . . It shows burden of disease.”

Don’t be sloppy. Something [seemingly small] might have an impact in 5 years. Marco Costa

For operators learning to use IVUS, it might be easiest to start with type A lesions, Akiko Maehara, MD (Columbia University and Cardiovascular Research Foundation, New York, NY), said at TCT. But she agreed that complex lesions merit the most attention.

Maehara, a panelist in the Main Arena, was curious why IVUS was linked to an ongoing improvement in outcomes, given that the effects of stent underexpansion—avoided under IVUS guidance—should mainly occur within the first year. Hence, the IVUS group’s reduction in TLR might be related instead to late catch-up or neoatherosclerosis in the angiography group, she suggested, adding, “It could be because you cover [the lesion] better compared to the angiographic guidance.”

Why, Maehara asked, did TLR continue to diverge?

“Personally, I think it may be the difference in the stent generation: more improved stent platform or polymer and release kinetics. [But] we need more data,” Hong commented.

Hong, however, reiterated that the better periprocedural imaging likely underpins these differences, even beyond 1 year.

Note: Study co-author Gary S. Mintz is a faculty member of the Cardiovascular Research Foundation, the publisher of TCTMD.