Medicare data from 617 patients who underwent a repeat TAVI show mortality rates at 30 days and 1 year of 6.0% and 22.0%, respectively. As reported in JACC: Cardiovascular Interventions, death rates were lower in those who underwent their first TAVI between 2015 and 2017 compared with those treated between 2012 and 2014.

Over 8 years of follow-up, the composite outcome of all-cause mortality, stroke, and MI did not significantly differ between TAVI and SAVR in patients with symptomatic severe aortic stenosis at lower surgical risk (54.5% vs 54.8%; P = 0.94), data from the NOTION trial indicate. As reported by TCTMD structural valve deterioration over time occurred in fewer patients with TAVI than SAVR (13.9% vs 28.3%; P = 0.001), while bioprosthetic valve failure was seen at similar rates (8.7% vs 10.5%; P = 0.61). The results were published in the European Heart Journal. 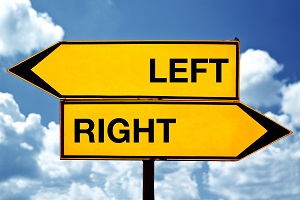 A paper in Structural Heart details two experiences of off-label MitraClip (Abbott) use via left-sided femoral venous access for tricuspid valve edge-to-edge repair. The researchers used this access route after unsuccessful deliveries of the clip via the right femoral, leading them to suggest that “the left-sided femoral venous access may be the preferred approach for the tricuspid clip procedure with the commercially available MitraClip system.”

When used by experienced operators, handheld ultrasound devices have high rates of sensitivity and specificity for predicting reduced LVEF, wall motion abnormality, LV dilatation and LV hypertrophy, according to a meta-analysis of 33 studies. “This study provides a strong rationale for considering handheld ultrasound devices as an auxiliary tool to the physical examination in secondary care, to aid the clinical decision making when considering referral for transthoracic echocardiography,” the authors write in Heart. 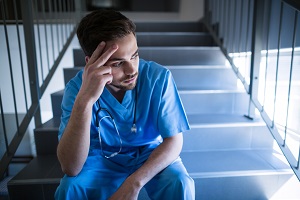 Survey data obtained from Veterans Affairs cath labs across the United States show similar patterns of challenges and stressors in the first 6 months of the pandemic regardless of whether or not they treated COVID-19 patients. Reporting in the Journal of Cardiovascular Nursing, the study authors say the primary themes that emerged from the survey were that staff were worried for patients, often reported being confused about COVID-19 testing and guidance on personal protective equipment, and voiced frustration about ineffective communication from leadership. Going forward, the researchers say cath lab staff “will need help to grieve, recover, and rebound.”

Another survey, this one of more than 3,600 people with “long COVID,” suggests that brain fog, cognitive dysfunction, and fatigue are among the most common symptoms. Of those who reported cognitive dysfunction, memory loss, or both, 86.2% said their ability to work was impacted to some degree by their symptoms, investigators report in Lancet EClinicalMedicine. 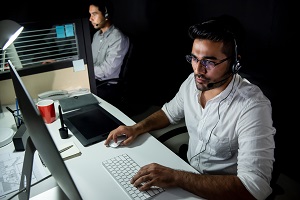 Independent of genetic predisposition, night-shift work is associated with an increased risk of atrial fibrillation and CAD, according to a study in the European Heart Journal that looked at the health of workers in the United Kingdom over a median of 10 years. Longer exposure to night shifts was linked to greater risk, although signs of harm were seen even in those who reported working an average of 3 to 8 nights per month.

The percentage of patients who require urgent implantation of a supplementary valve during TAVI has decreased in recent years, registry data show. Compared with patients who had only a single valve implanted, those who had two-valve procedures had more periprocedural, life-threatening complications and higher mortality at 30 days (HR 2.58; 95% CI 1.04-6.45), investigators report in JAMA Cardiology.

Older patients hospitalized for heart failure with reduced ejection fraction (HFrEF) are less likely to die or be hospitalized for any cause when they are discharged on sacubitril/valsartan (Entresto; Novartis) rather than ACE inhibitors. The findings, published in the Journal of the American Heart Association and derived from a cohort with a median age of 78, add needed real-world data on the efficacy of the angiotensin receptor-neprilysin inhibitor in patients over age 65, the study authors note.