An analysis of the FDA’s MAUDE database suggests clinicians should be vigilant, potentially escalating anticoagulation, one author says. 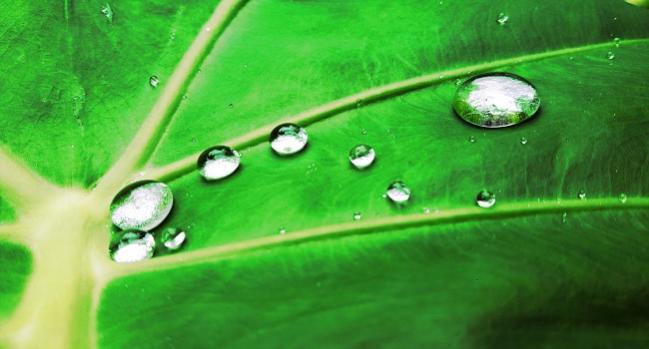 Amid growing concern over the link between subclinical leaflet thrombosis and stroke/TIA after TAVR, new research suggests that for patients who develop clinical symptoms related to leaflet thrombosis, there may also be the risk of more serious events such as cardiogenic shock and death. Clinicians may need to be more mindful regarding the treatment plans of patients found to have thrombus formation on their surgical or transcatheter bioprostheses, investigators say.

Specifically, the researchers looked at leaflet thromboses that produced symptoms of heart failure or stroke/TIA and were then diagnosed via echocardiography, CT, autopsy, or surgical explant.

The incidence of subclinical leaflet thrombosis among TAVR patients, on the other hand, has been highly debated given that it is often hard to observe on imaging, but a recent analysis that combined data from CT scans in 890 patients enrolled in the RESOLVE and SAVORY registries suggested that the problem might be more frequent and more serious than previously thought.

The findings of the current study, presented this week at the European Society of Cardiology Congress 2017 and simultaneously published in Structural Heart, reinforce the fact that “if your patient has clinical symptoms and there's evidence of leaflet thrombosis on the valve, you ought to make sure you're doing something to address it,” study author Ankur Kalra, MD (University Hospitals Cleveland Medical Center, OH), told TCTMD. Right now, that means escalated medical therapy—as leaflet thrombosis has shown to improve with anticoagulation—though many questions remain, he added.

Kalra along with Abdul Moiz Hafiz, MD (Southern Illinois University School of Medicine, Springfield, IL), and colleagues identified 30 cases of confirmed valve dysfunction due to leaflet thrombosis among 5,691 TAVR-related adverse events in patients treated between January 2012 and October 2015 that were recorded in the US Food and Drug Administration’s MAUDE database. Most cases (60.0%) occurred within the first year after TAVR and presented as aortic stenosis (53.3%), regurgitation (23.3%), or both (13.3%).

“Clinical or symptomatic leaflet thrombosis following TAVR should not be regarded casually as a benign event, and needs to be addressed seriously,” the authors write. “As indications for TAVR expand, an early diagnosis of leaflet thrombosis may be crucial for planning appropriate management and optimizing clinical outcome.”

“While these data do not provide the frequency of these events, and undoubtedly the clinical events often led to the recognition of leaflet thrombosis, they are useful in that they establish definitive evidence of its occurrence,” the researchers say. Obviously, the limitation of any study pulling data from MAUDE, where events can be both under- and overreported, is present in this analysis, and Kalra and colleagues note that their results must be viewed in that context.

Additionally, the lack of baseline data on patients prevents their ability to create a risk model to determine who is most likely to experience valve thrombosis, Kalra said. “We would love to, but the database by the FDA is not granular enough to allow us to do that.”

The challenge is that the development of a thrombus on the valve could be a function of the patient, the procedure, or a combination of both, he added. “We need to do a better job at figuring out which patients need to be on anticoagulation in addition to antiplatelet therapy,” Kalra said. “The bigger question is should this become standard of care immediately after TAVR, and that is something which the field does not know the answer to.”

In an editorial accompanying the study, James McCabe, MD, and Mark Reisman, MD (University of Washington Medical School, Seattle), question the justification for anticoagulation after TAVR, “given its inherent risks, when the incidence of clinically manifest valve thrombosis remains unknown, especially considering that the manifest clinical events may commonly occur 1, 2, or even 5 years after implantation.”

Still, the current study clarifies “that there is a clinically manifest form of transcatheter leaflet thrombosis and that it is not simply a matter of thromboembolic complications but can present with valve dysfunction or even cardiogenic shock,” they conclude. “Yet, it remains unknown if leaflet thrombosis is the pandemic scourge by which TAVR may run [afoul].”

In an interview with TCTMD, Ori Ben-Yehuda, MD (Cardiovascular Research Foundation, New York, NY), deputy editor of Structural Heart, said that the study is “sort of remarkable in that the outcomes of the cases that were reported were quite poor, [suggesting] that this may be, at least in a segment of the population that's afflicted with this, of great clinical importance.”

Yet because of the limitations of MAUDE, the issue “needs to be studied much more systematically in a real-world setting in order for us to know what the true incidence is and what the true outcomes are,” he commented, adding that clinical trials and registry studies need to include “more rigorous follow-up” including CT and echocardiography to be more meaningful.

The ongoing ATLANTIS and GALILEO-4D studies should provide more information on this topic, Ben-Yehuda said. “We already do know that dual antiplatelet therapies are not effective but anticoagulation leads to bleeding so it's a risk/benefit [situation], so a lot more needs to be learned about this,” he said.

Nonagenarians Fare Well After TAVR, Once They Get Beyond 30 Days