The findings are at odds with the Katsanos meta-analysis, but experts say much more is needed to settle the debate. 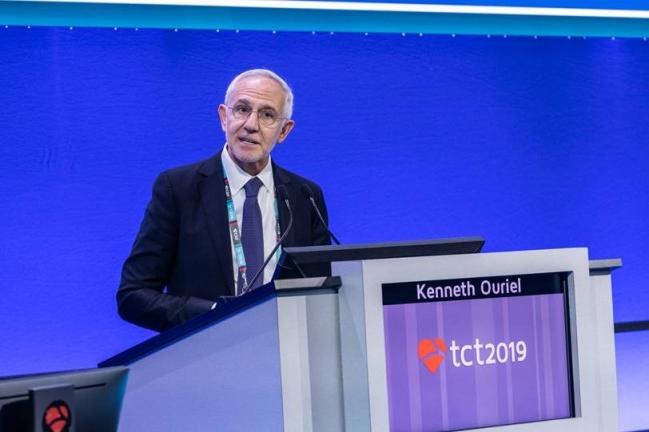 SAN FRANCISCO, CA—Patient-level data from the LEVANT series of trials looking at a paclitaxel-coated balloon for the treatment of PAD show no differences in mortality compared with a plain balloon, researchers said here at TCT 2019.

While LEVANT was not powered for mortality, the analysis is part of efforts by researchers to dig deeper into existing data sets to try to understand the persistent signal of mortality that has been a source of consternation in the endovascular community for nearly a year.

As part of the patient-level analysis, the LEVANT investigators incorporated a committee of vascular surgeons, interventional radiologists, and oncologists to readjudicate the deaths from LEVANT 1 and LEVANT 2. Although there was a numerically higher number of deaths at 5 years in LEVANT 2 in the paclitaxel arm compared with the uncoated balloon, the difference was not statistically significant and none of the deaths were adjudicated as related to paclitaxel.

The researchers, led by Kenneth Ouriel, MD (Syntactx LLC, New York, NY), also found no dose-response relationships or clustering of deaths in any category, which they say argues against a relationship between paclitaxel use in the peripherals and increased risk of death.

“If you have a drug that causes death, it should cause death through one mechanism and you would see more MIs maybe, or more pneumonia; it should be one thing. There was no one thing,” Ouriel said in an interview with TCTMD. “Yes, mortality was higher numerically, but it wasn't from any one type of cause of death.”

There's no question we needed something after Katsanos and now we have a flurry of articles, none of which have confirmed the non-patient-level data. Kenneth Ouriel

The study comes on the heels of requests from researchers, the US Food and Drug Administration, and others to report long-term patient-level data in an attempt to explain the findings of a meta-analysis published last year by Konstantinos Katsanos, MD, PhD (Patras University Hospital, Rion, Greece), that linked treatment with paclitaxel-coated balloons and stents to increased risk of all-cause death in patients with femoropopliteal artery disease beyond 1 year compared with uncoated balloons or stents.

“There's no question we needed something after Katsanos and now we have a flurry of articles, none of which have confirmed the non-patient-level data,” Ouriel said in a press conference prior to his presentation.

Dharam Kumbhani, MD (UT Southwestern Medical Center, Dallas, TX), speaking in the press conference, said even nearly a year later, it is still hard to know if the Katsanos meta-analysis was wrong or right. “It was definitely hypothesis-generating, and that has spurred many studies including this one. I think [the new LEVANT data] are reassuring that perhaps what they saw was maybe a fluke,” Kumbhani said.

But Kumbhani and Ouriel both agreed that the jury is still out.

“No one has come up with a mechanism, so what can you say? On the other hand, there is a signal in not just one trial . . . that tells me there is something going on there,” Ouriel observed, adding, “In my own opinion, it's probably related to the design of the trials.”

The pivotal trials have been picked apart all year in sessions at society meetings and during a 2-day FDA panel meeting in June. LEVANT is the latest to put forth a patient-level meta-analysis. Published simultaneously online ahead of print in JACC: Cardiovascular Interventions, it aggregates data from the LEVANT 1, LEVANT 2, and LEVANT Japan trials. However, LEVANT Japan deaths were not readjudicated due to unavailability of original source documents and translations.

One emerging theme over the last few months has been that mortality data are needed on patients from the RCTs who underwent repeat revascularization, a common scenario in PAD patients. The new LEVANT analysis also includes data from the Continued Access arm of LEVANT 2 and shows that 5-year survival among DCB patients was higher among those who had a reintervention with or without another paclitaxel device compared with no reintervention (87.8% vs 79.3%). The same was true for uncoated balloon patients who had an intervention with or without a DCB. When a paclitaxel-coated device was the reintervention choice in either the DCB group or uncoated balloon group, survival was again numerically better.

Both the DCB and uncoated balloon arms had similar proportions of patients who died of undetermined cause (1.6% vs 1.4%; P > 0.999). Similarly, the number of CV deaths were balanced, with the most common types being heart failure and MI. For non-CV deaths, lung and GI cancers were the most frequent causes. Rates of serious adverse events also were similar between DCB patients and uncoated balloon patients.

In an accompanying editorial, Krishna J. Rocha-Singh, MD (St. John's Hospital, Springfield, IL), points out flaws with the patient-level meta-analysis, including the fact that the Continued Access data set “to our knowledge has yet to undergo peer review and publication, denying readers a better understanding of the Lutonix DCB risk versus benefit equation.” Other issues include whether the interventional metrics and outcomes were site-reported, and the degree to which independent data monitoring was performed.

Ultimately, Rocha-Singh says while the FDA and others continue to try to gather better information to understand the mortality signal, clinicians “are left to our personal conversations with our patients and the review of a new, yet to be released Instructions for Use (IFU) document to assist informed decision making in conveying our current understanding of the potential mortality risks of paclitaxel drug-coated devices use, if any.”

Sahil A. Parikh, MD (NewYork-Presbyterian/Columbia University Irving Medical Center, New York, NY), who was not involved in the study, told TCTMD that while the safety data from this latest study are reassuring, “we have yet to see long-term efficacy data from LEVANT . . . and it would be helpful to have that to understand the benefit. That is something that hopefully will be forthcoming.”

The adjudication efforts of the LEVANT investigators are to be commended, Parikh added, but “we don’t really know the pathological causes of death in any of these patients because there has not been one autopsy study that we’ve been able to find.” While that is not surprising since mortality was never an endpoint in any of the DCB PAD trials, he said, it does put the entire effort of retrospectively looking at the deaths at a disadvantage.

Speaking in the press conference, Roxana Mehran, MD (Icahn School of Medicine at Mount Sinai, New York, NY), likewise said the research community has to be “open and honest” about the fact that peripheral vascular disease trials have not been as careful with their follow-up and data collection as they should have been.

“We have to do better,” she observed. “There is no reason [for] the loss to follow-up, and now we have to backtrack and figure out what this signal actually means. That’s an important lesson that we learned.”

To TCTMD, Ouriel said despite the chaos of the last few months, “we’re better off than we were before in terms of having more data and also having some anecdotal evidence that people are more willing to use drug-coated balloons than they were in the first quarter of 2019.”

LEVANT: 5-Year Outcomes From Three Randomized Trials of Percutaneous Angioplasty With vs. Without a Drug-Coated Balloon in Patients With Femoropopliteal Arterial Disease 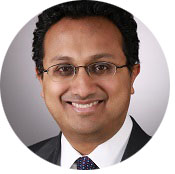