Liberal IVC Filter Use Not Warranted in Severe Trauma Patients

New RCT data should curb “intuitive” use of filters to prevent pulmonary embolism in majority of severely injured patients. 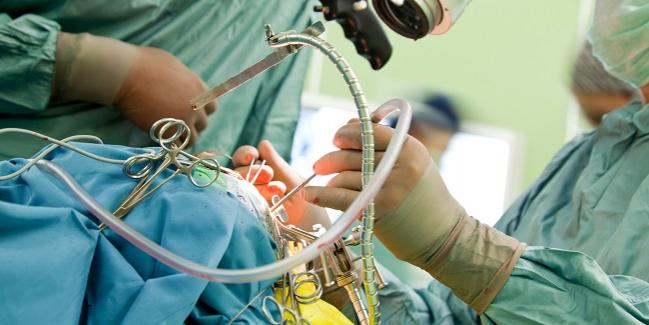 The latest study to tackle the safety and efficacy of inferior vena cava (IVC) filters—this time in trauma patients—has found no benefit of device insertion in reducing symptomatic pulmonary embolism (PE) or death at 90 days. But in a smaller subset of severely injured patients who were unable to take anticoagulants for the first 7 days following their injuries, prophylactic use of an IVC filter may be worth considering, the authors say.

Kwok Ho, PhD (Royal Perth Hospital, Australia), presented the study results Sunday at the International Society on Thrombosis and Haemostasis 2019 Congress in Melbourne, Australia; they were published simultaneously in the New England Journal of Medicine.

Traumatic accidents, particularly when the brain is involved, pose a quandary for physicians. Venous thromboembolism is common in trauma victims, with proximal deep vein thrombosis occurring in close to one in five patients and PE in more than one in ten, the paper notes. Fatal PE is responsible for 12% of deaths following major trauma, yet in patients with traumatic brain injury or those in need of surgery, prophylactic anticoagulation itself puts patients at major risk of bleeding, such that many trauma centers have turned to IVC filters to prevent embolic events.

I think sometimes intuition is driving us to do a lot of things that are not necessarily correct. Kwok Ho

IVC filters first started to become “very popular” with trauma surgeons, Ho told TCTMD, following the incorporation of prophylactic use in the Eastern Association for the Surgery of Trauma practice guidelines in 2002. More recently, use of prophylactic IVC filters has been largely discouraged except in specific high-risk scenarios, with different professional groups releasing somewhat conflicting guidance, and most omitting recommendations for PE prophylaxis in trauma patients. But there has been no prior randomized study evidence to support IVC filter use in trauma, Ho noted—a void the current multicenter, randomized, controlled trial was launched to fill.

Ho and colleagues randomized 240 severely injured patients (median age 39) with a contraindication to anticoagulation within the first 72 hours to early placement of an IVC filter or no filter. In a figure that speaks to the severity of their injuries, 27 patients died after enrollment in the study.

Because some patients in the trial were deemed capable of handling anticoagulation after the first 72 hours, Ho and colleagues looked separately at patients who did not receive an anticoagulant until after day seven. Here, none of the patients implanted with a filter developed pulmonary embolism compared with five (14.7%) in the no-filter group, including one patient who died of fatal saddle PE with deep vein thrombosis in both calves. At the time of retrieval, trapped thrombus was found in the filters in six patients.

All filters were successfully removed, although more than one attempt at retrieval was required in seven patients. In 37 patients, filter removal did not occur within the recommended 90 days, due primarily to technical issues or loss to follow-up.

Speaking with TCTMD, Ho said that retrievability and other improvements to IVC filter technology has helped boost the “dramatic escalation” in the use of these devices, despite the lack of evidence. Fear of PE is also a major driver and, he agreed, filters intuitively made sense in patients who couldn’t take prophylactic anticoagulation from the start. “I think sometimes intuition is driving us to do a lot of things that are not necessarily correct,” Ho said.

A key conclusion from the paper should be that timing matters, he stressed, noting that some patients in the no-filter group started anticoagulation at day four, five, six, and seven, and this appeared to help close the gap with the filter group, leading to a neutral primary endpoint. “What that means is, we have time to wait, but not too long,” he said. “If you wait too long then there’s a problem.”

That speaks to the significant difference in PE seen among patients who received no anticoagulation until after day seven, something Ho believes physicians need to factor into their decision-making. “In my opinion, for trauma patients, if they are at very high risk of thromboembolism and at high risk of bleeding, or they have prolonged contraindication to anticoagulation, then maybe they may benefit from a filter,” Ho said. “But we just have to be sure to select the highest-risk group and not use it too liberally.”

The Role of IVC filters in PE Patients: Are filters Over-Utilized?

‘Bioconvertible’ IVC Filter Does Its Job Then Moves On: SENTRY Trial