Statin use is on the rise overall, but the guidelines only led to an increase in diabetic patients taking the drugs, say investigators. 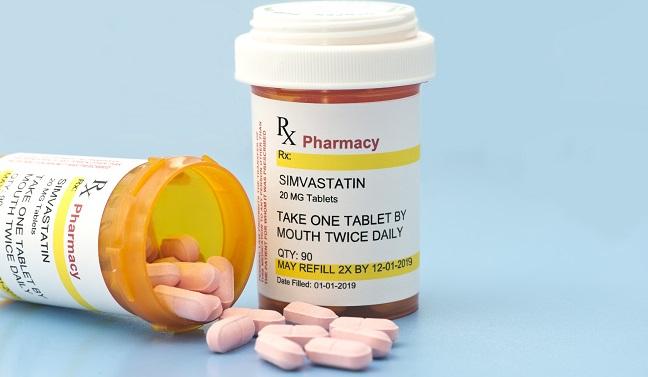 Lipid and lipoprotein levels have declined in the United States since the publication of the 2013 American College of Cardiology/American Heart Association (ACC/AHA) cholesterol guidelines, specifically among people who were taking lipid-lowering therapy, according to a new analysis from the National Health and Nutrition Examination Survey (NHANES).

Triglyceride levels also declined from 2005-2006 to the end of the study period, but did not decline any further after the publication of the guidelines. HDL cholesterol levels were unchanged.

Trends during the 10-year period, as well as the trends in lipid levels after the publication of the ACC/AHA guidelines, were “favorable,” senior investigator Pankaj Arora, MD (University of Alabama, Birmingham), told TCTMD. He noted that the 2013 cholesterol guidelines were unique in that the writing committee eliminated LDL cholesterol targets. Instead of aiming to treat LDL cholesterol to a specific goal, the guidelines emphasized treatment based on risk, with use of a moderate- or high-intensity statin depending on the patient’s 10-year risk of atherosclerotic cardiovascular disease (ASCVD).

“The guidelines in 2013, as well as the updated ones in 2018, changed the focus from titration and ‘get to goal’ to a disease- or risk-based assessment,” said Arora. “We talk to our patients rather than simply chasing just LDL levels. With the NHANES data, we wanted to see how the guidelines impacted nationwide trends in lipid levels and to really get a sense which way we were headed.”

The 2013 guidelines listed four primary- and secondary-prevention groups of patients who should be treated with statins based on randomized controlled clinical trials showing that the benefit of treatment outweighed the risk of adverse events. The four treatment groups included those with clinical ASCVD, patients without ASCVD but with LDL cholesterol levels ≥ 190 mg/dL, patients with diabetes and LDL cholesterol levels 70-189 mg/dL, and patients with a 10-year risk of atherosclerotic cardiovascular disease ≥ 7.5%.

In this analysis of 32,278 NHANES participants, which was published today in the Journal of the American College of Cardiology, the overall proportion of patients eligible for statins who were taking the lipid-lowering therapy increased from 41.3% in 2005-2006 to 49.2% in 2015-2016 (P for trend = 0.008), but the use of statins in eligible patients did not change after the release of the cholesterol guidelines. While there was no significant increase in statin use overall among patients from 2013-2014 to 2015-2016, there was an increase among adults with diabetes, both from 2005-2006 to 2015-2016, as well as in the 2 years following the release of the guidelines.

“I think this is an area where we can improve patient’s perception of statin safety,” Arora said, explaining the lack of increase in statin use in some patient groups following the release of the guidelines. “There is a fear of side effects, so a lot of education is needed,” he advised. Targeted interventions could help address the treatment gap in populations who would benefit from statin therapy, said Aurora. “Focusing prevention efforts to increase education about cholesterol levels can also make an impact.”

In 2018, the ACC/AHA released new guidelines for the treatment of cholesterol and returned to “treatment thresholds” for initiating statin therapy. There is no target regarding LDL cholesterol levels, but the consensus is that lower is better. Depending on patient risk, the ACC/AHA recommends moderate- or high-intensity statin therapy—and additional agents as needed, such as ezetimibe or PCSK9 inhibitors—with the goal of achieving anywhere from a 30% to more than 50% reduction in LDL cholesterol from baseline.

Conversations in Cardiology: Should Interventional Cardiologists Get Paid for Being On Call?