In an analysis from the ARIC study, the associations with physical domains were seen even when ABI values were only borderline low. 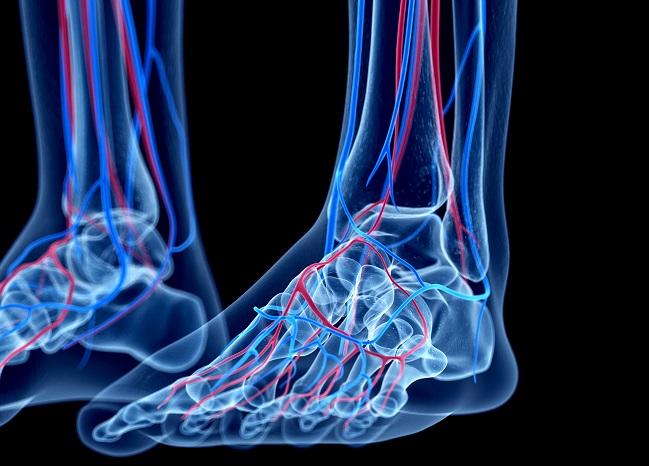 Low ankle-brachial index (ABI), even when too borderline to be considered peripheral artery disease, is associated with diminished quality of life (QoL) in terms of physical functioning, impaired activities, bodily pain, and general health, a new analysis indicates. While most mental functioning showed no relationship with ABI, researchers did find a reduction in vitality, suggesting that physical limitations and concerns—such as a fear of falling—may take more of a toll than previously appreciated.

“Further studies might assess whether PAD-specific interventions would comprehensively improve physical components of QoL and vitality in community-dwelling older adults with a low ABI but otherwise not diagnosed as PAD,” note researchers led by Aozhou Wu, MHS (Johns Hopkins University, Baltimore, MD), in a study published last week in the Journal of the American Heart Association.

Their data come from the ARIC (Atherosclerosis Risk in Communities) Study, a multisite, prospective, cohort study originally intended to investigate the natural history of atherosclerosis and related CV events. Enrollment in ARIC occurred from 1987 to 1989 in four communities: Forsyth County, NC; Jackson, MS; suburbs of Minneapolis, MN; and Washington County, MD. At the time of enrollment, the participants were between 45 and 64 years old.

The new study includes data from 5,115 participants who were aged 66 to 90 years when seen at their fifth scheduled examination, which took place between 2011 and 2013.

Compared with individuals who had ABI values > 1.10, those with lower extremity PAD (< 0.90), borderline low ABI (0.90-0.99), or low ABI (1.00-1.09) had worse physical QoL on all measured physical domains including functioning, impaired activities, pain, and general health. Across the spectrum of ABI scores, those in the lowest category (< 0.90) had the most deficits in exercise, activities, and walking done during leisure time. However, even those in the borderline low category reported impairments in their leisure-time activities and frequency of walking.

Although vitality was the only area of mental functioning linked to low ABI, Wu and colleagues say this finding should be investigated further, as it may be related to limited physical activity as well as impaired working ability. “In addition, resting or exertional leg symptoms or fear of falling due to PAD . . . may further contribute to reduced mental elements of QoL,” they write.

Of note, the researchers detected an unexpected racial interaction in the mental health analyses that they say is unclear and potentially hypothesis generating. While Caucasians with low ABI values were more likely than those with higher ABI to report having depressive symptoms and feeling hopeless, lower ABI in African-Americans was actually associated with a decreased risk of either depressive symptoms (OR 0.84; 95% CI 0.74- 0.96; P = 0.001) or feeling hopeless (OR 0.83; 95% CI 0.78-0.88; P < 0.001).

US Data Show Positive Trends in Cardiovascular Care, Though Opportunities for Progress Persist