It’s not clear whether the finding is due to the blood pressure itself or the underlying heart disease, one expert says. 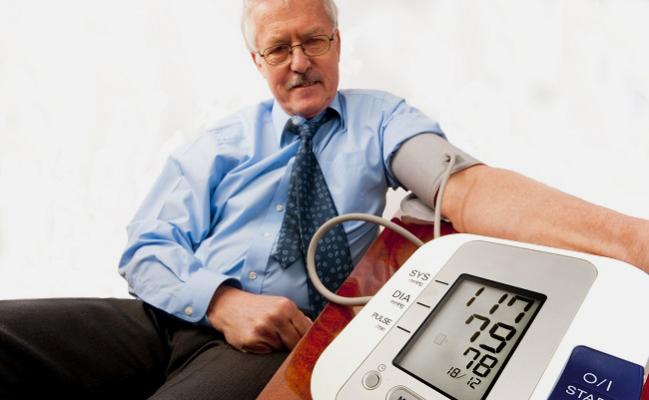 A systolic blood pressure (BP) below 120 mm Hg is considered normal in adults, but readings that low are associated with poor outcomes in hospitalized patients who have heart failure with preserved ejection fraction (HFpEF), an observational study shows.

Patients with a systolic pressure below that threshold at discharge had higher risks of all-cause death at 30 days, 1 year, and during follow-up lasting up to 6 years, according to co-lead authors Apostolos Tsimploulis, MD, and Phillip Lam, MD (Washington DC VA Medical Center and MedStar Washington Hospital Center), and colleagues.

Increased risks of a composite of heart failure readmission or all-cause mortality were seen at each time point as well, they report in a study published online February 14, 2018, ahead of print in JAMA Cardiology.

“Findings from our study provide evidence that a lower systolic BP level is a marker of underlying pathophysiologic processes that is associated with poor outcomes in patients with HFpEF,” Tsimploulis and Lam told TCTMD in emailed comments. “Future prospective randomized trials need to examine the impact of various systolic BP target levels on outcomes in patients with HFpEF.”

They add that they would not recommend any practice changes based on this study. “However, our findings inform clinicians that the optimal systolic BP target for HFpEF remains unclear and aggressive control of systolic BP in older patients with HFpEF may be avoided.”

“However, once patients develop HF, a lower systolic BP level may have a paradoxical association with a higher risk of cardiovascular morbidity and mortality,” the authors note in their paper, adding that less is known about the relationship in patients with HFpEF.

To address that gap, Tsimploulis, Lam, and colleagues examined data from the Medicare-linked OPTIMIZE-HF registry, which tracked heart failure hospitalizations from 259 hospitals in 48 states between March 2003 and December 2004. The current analysis focused on 3,915 patients who were discharged alive, had preserved ejection fraction (50% or higher), and had stable systolic BP levels (no more than a 20-mm Hg variation between admission and discharge). Overall, 27.5% of patients had a systolic BP below 120 mm Hg at discharge.

After propensity score-matching, a low systolic BP at discharge was associated with greater risks of all-cause mortality and of a composite of heart failure readmissions and all-cause mortality through 30 days, 1 year, and a median follow-up of 2.1 years (up to 6 years).

The relationship with mortality was consistent across most subgroups, although patients who had a glomerular filtration rate below 45 mL/min/1.73 m2 or who did not receive ACE inhibitors or angiotensin II receptor blockers at discharge seemed to fare worse with a lower systolic BP.

Commenting for TCTMD, John Sanderson, MD (Chinese University of Hong Kong), said that it has been known that patients with heart failure with reduced ejection fraction do worse with low systolic BP; this study extends those findings to the HFpEF population.

Thus, there is dilemma when it comes to deciding how to treat BP in these patients, many of whom have hypertension before developing heart failure, he continued.

Sanderson said the poorer outcomes seen in patients with lower BP readings are likely “a reflection of the underlying heart disease.” That fits the concept that patients who have high BP eventually develop heart failure, at which point the BP starts falling due to impaired cardiac function despite the fact that the underlying cause of hypertension remains, he explained.

As for how BP should be managed in these patients, Sanderson said it’s not clear whether clinicians should continue to focus on lowering BP in these patients or pull back on treatment and allow BP to rise. He said there’s just not enough evidence in this area and prospective trials are needed.

Nevertheless, Sanderson said, the current study provides useful information, even though the explanation for the findings might be complicated. “It makes clinicians maybe take note not to perhaps reduce the blood pressure too much,” he said.

Clinician-Patient Mismatch: How to Get Past the Imbalance in Knowledge (and Power)