In patients with significant LV hypertrophy, it may be reasonable to fix the valve before symptoms develop, say investigators. 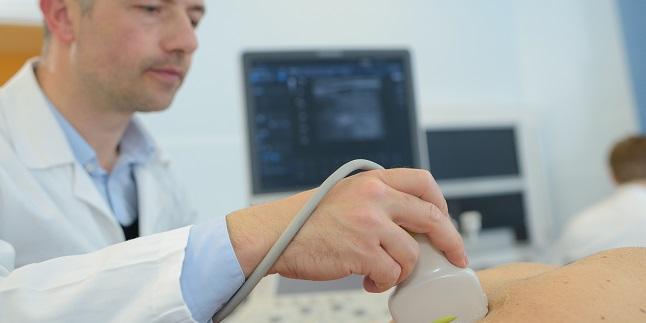 Patients with severe symptomatic aortic stenosis at intermediate and high risk for surgery who, after TAVR, have a larger regression in left ventricular mass at 1 year will then go on to have significantly better clinical outcomes in long-term follow-up, as well as better quality of life, than those with less ventricular mass regression, according to a new analysis of the PARTNER trials and registries.

Regardless of how left ventricular regression was measured, the reduction in LV mass after valve replacement was associated with reductions in all-cause mortality, cardiovascular mortality, and rehospitalization between 1 and 5 years, report investigators.

For these patients, all of whom had moderate or severe left ventricular hypertrophy (LVH) at baseline, nearly 40% still had severe LVH at 1 year; this severe residual hypertrophy was associated with a significantly higher risk of dying and rehospitalization during the follow-up period.

The findings, according to senior investigator Brian Lindman, MD (Vanderbilt University Medical Center, Nashville, TN), may have clinical implications regarding the timing of TAVR. Rather than wait for symptoms in patients with severe aortic stenosis, it may be better to intervene before “too much” LVH develops given that untoward consequences of inadequate regression after valve replacement, he said. Differentiating adaptive LVH that will regress from maladaptive LVH that won’t regress would be helpful in these decisions.

In an editorial, Mani Vannan, MBBS (Piedmont Heart Institute, Atlanta, GA), Julien Tridetti, MD, and Patrizio Lancellotti, MD, PhD (both from University of Liège, Belgium), agree that there is an unsettled question as to timing of intervention in patients with severe aortic stenosis. Patient symptoms serve as a key trigger for surgery or TAVR, but a range of research studies are actively looking to identify signals for intervening in asymptomatic severe aortic stenosis. One approach, write the editorialists, would be to stage severe aortic stenosis based on markers of left ventricle and myocardial remodeling.

“The ongoing randomized studies using the LV structure and function indices to randomize patients with asymptomatic severe AS to TAVR versus follow-up will provide us with answers,” they write.

In the United States, the EARLY TAVR trial is currently evaluating whether replacing the aortic valve in patients with asymptomatic severe aortic stenosis is superior to watchful waiting. In the trial, patients will be classified as asymptomatic based on their ability to perform a treadmill stress test and the primary endpoint is a 2-year composite that includes all-cause mortality, all strokes, and unplanned cardiovascular hospitalization.

No Regression? ‘That’s Not Good’

To TCTMD, Lindman explained that there is a long-held assumption that while LVH develops in the setting of pressure overload from aortic stenosis, once the heart is unloaded by fixing or replacing the valve the hypertrophy that has developed will regress without that stimulus. After outflow is restored, the heart will move back towards a more normal structure and mass, he said. However, several studies as well as their recently published paper indicate the reality is more complex and regression of LVH often doesn’t occur or occurs incompletely.

In 2014, the researchers first showed that the early regression of severe LVH after TAVR in high-risk patients was associated with a reduction in hospitalizations at 1 year, mostly for heart failure. Up until then, despite the assumptions that LVH after valve replacement was beneficial, there were limited data to show that it led to better outcomes.

That set the stage for this latest analysis, which involved more patients and longer follow-up. The new analysis, led by Katherine Chau, MD (NewYork-Presbyterian/Columbia University Irving Medical Center, New York, NY), and published May 11, 2020, in the Journal of the American College of Cardiology, included 1,434 patients from the PARTNER 1, 2, and S3 trials and registries who had the left ventricular mass index (LVMi) measured at 1 year.

In total, 434 and 1,000 had moderate and severe LVH at baseline, respectively. The median LVMi was 146 g/m2 for all patients, or 156 g/m2 for men and 135 g/m2 for women. The majority of left ventricular mass regression happened in the first year after TAVR, but there was continued regression in LVMi out to 3 years. Overall, the median percent decrease in LVMi was 8% at 30 days, 15% at 1 year, 18% at 2 years, and 21% at 3 years. Men and women had similar gradual decreases in LVMi over time.

“Although there was an overall decrease of 14.5% in the left ventricular mass index in the overall population, there was a sizeable group of patients who had no regression, or an increase in LV mass index after TAVR,” said Lindman. “That’s not good.”

“For all of these outcomes, there is a significant adjusted association between a greater reduction in LV mass index and a lower event rate,” said Lindman. “It updates the 2014 paper by including mortality and harder endpoints.”

For the 1,434 patients included in the current analysis, all of whom had moderate or severe LVH, 22% had no LVH, 18% had mild LVH, 22% had moderate LVH, and 39% had severe LVH at 1 year after TAVR. In an adjusted analysis, those patients with severe residual LVH 1 year after TAVR had a 71% higher risk of all-cause, a 71% higher risk of cardiovascular mortality, and an 89% increased risk of rehospitalization between 1 and 5 years compared with those without severe residual LVH.

Offering a glimpse at the results from the paper still in press, which uses similar data from the PARTNER trials, Lindman said they show that a larger degree of LVH prior to TAVR is associated with higher mortality and more rehospitalizations at 5 years. This further supports an earlier intervention, and the idea that LVH resulting from severe aortic stenosis is not a benign process.

In addition to possibly intervening earlier in the disease before pressure overload results in LV remodeling that can’t be altered with TAVR, another clinical implication might be the use of adjunctive medical therapy in patients with residual LVH after valve replacement. In hypertension, several drug classes have been shown to reduce LVH independent of the effect on blood pressure. It’s possible that renin-angiotensin-aldosterone-system inhibitors or other drugs might be used in patients after TAVR to augment the left ventricular mass regression, say investigators. This, however, requires further study.

As to why some patients experience a regression in LVH and others don’t, Lindman said they aren’t really sure. In multivariate analysis, moderate or severe aortic regurgitation (as opposed to less) was associated with less regression, and it’s possible that current-generation transcatheter valves, which reduce paravalvular leak, might improve things—but Lindman said that’s speculation at this stage. There is a need for advanced imaging (eg, cardiac MRI) and circulating biomarkers to better characterize the biology of the myocardium and not just its mass, he suggested. These tools may provide insights that help differentiate adaptive LVH (which is more prone to regress after valve replacement) from maladaptive LVH (less likely to regress after valve replacement) and help with clinical decision-making.