Given the risks, an LAA occlusion device may be a good option after electrical isolation of the appendage, one expert says. 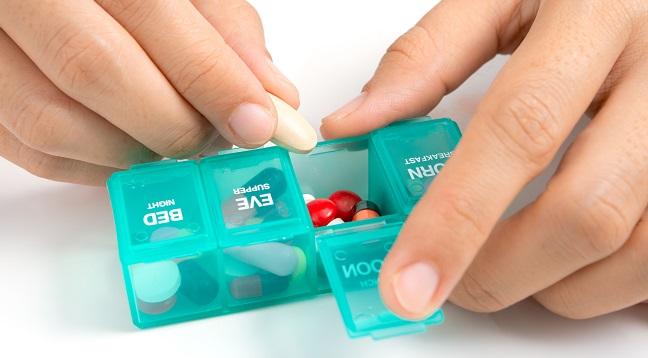 Performing electrical isolation of the left atrial appendage (LAA) during catheter ablation for A-fib to boost rhythm control carries a risk of stroke that seems to be mitigated either by continued oral anticoagulation or implantation of an LAA occlusion device, new data show.

The findings were published online ahead of the August 27, 2019, issue of the Journal of the American College of Cardiology.

There were also data suggesting that LAA occlusion might have a role in this setting. Of 90 patients who had a stroke/TIA, 84 went on to have their appendage excluded with the Lariat device (SentreHEART) or occluded with the Watchman device (Boston Scientific). About 1 year later, nearly all of these patients were off oral anticoagulation. There was only one thromboembolic event—in a patient still taking oral anticoagulation after Watchman implantation—during that time.

Senior author Andrea Natale, MD (Texas Cardiac Arrhythmia Institute), noted that there is an ongoing debate about the use of electrical LAA isolation during ablation, with some questioning whether it might be dangerous in terms of stroke risk.

“I think the study showed that as long as patients are educated and counseled properly about the importance of staying on the blood thinner, it is safe,” Natale told TCTMD, adding, however, that patients often don’t want to be on oral anticoagulation and stop taking it. “Appendage closure could be an option that maybe we should consider more often to put these people back to where they could be without the appendage isolation,” he said.

Pulmonary vein antrum isolation has become the main ablation technique for A-fib, but recurrence of the arrhythmia remains common after the procedure. Physicians have sought to improve ablation results by targeting other areas, including the LAA. Isolating the appendage, however, can create physiological conditions conducive to producing clots that can embolize and cause strokes, similar to what’s seen in A-fib in general, even if that patient is in sinus rhythm, Natale explained. Thus, there remains controversy about the role of electrical LAA isolation.

In this study, the investigators provided information on the thromboembolic risk associated with electrical LAA isolation in the largest cohort to date. The analysis included 1,854 patients who underwent ablation that included isolation of the appendage and who remained in sinus rhythm when they had follow-up transesophageal echocardiography at 6 months for the assessment of LAA function. Follow-up for stroke/TIA risk lasted for median of 2.3 years, during which time 91.2% of patients remained free of arrhythmias.

Patients with normal LAA function in terms of velocity, contractility, and consistent A waves at 6 months discontinued oral anticoagulation regardless of CHA2DS2-VASc score ; 18% of the cohort fell into this category. There were no strokes or TIAs in this group.

For the rest of the patients, who had impairment of at least one LAA functional parameter at 6 months, the researchers strongly recommended continuation of oral anticoagulation. Nearly three-quarters of patients complied with this advice and had a much lower risk of stroke/TIA during follow-up than those who stopped anticoagulation.

LAA exclusion or occlusion was used is most of the patients who had a stroke/TIA, and there was only one event subsequent to those treatments through a median follow-up of 12.4 months.

“Clearly, patients benefited [from electrical LAA isolation] because they are free from atrial fibrillation, but they become very dependent on blood thinners, and this is regardless of their CHA2DS2-VASc score,” Natale said. “So we hope that these data will allow us to extend the indication for appendage closure with Watchman or other devices regardless of the risk because the appendage isolation becomes sort of an adjunctive risk factor [for stroke] if patients stop their blood thinner.”

Boris Schmidt, MD, who co-wrote an editorial accompanying the study with K.R. Julian Chun, MD (both from Cardioangiologisches Centrum Bethanien, AGAPLESION Markus Krankenhaus, Frankfurt/Main, Germany), told TCTMD that this is the largest cohort of patients undergoing electrical LAA isolation investigated so far, with the results showing that the procedure provides very good outcomes in terms of rhythm control and that the attendant stroke risk can be managed.

“If the anticoagulation is stopped, even if it’s stopped for only a very short period of time, obviously the patients are at high risk for stroke and that’s why the authors also suggest that maybe in some patients LAA occlusion using a device is the appropriate management strategy,” Schmidt said.

Asked whether he agreed with the approach of stopping oral anticoagulation in patients with normal LAA function 6 months after the procedure, a practice that goes against advice in guidelines and consensus statements, Schmidt pointed out that the number of patients who fell into this category was small. “I do not think that from this study we can draw the conclusion that it is safe to stop oral anticoagulation in all patients in sinus rhythm 6 months after the ablation,” he said. “The data in this paper and from other studies is not strong enough to support this way of managing patients.”

Natale said, however, that the reality is that most patients want to stop their oral anticoagulation and many do against the advice of their physicians anyway. Though there are no randomized trials demonstrating the safety of this strategy, other observational studies have suggested it is indeed safe and many high-volume centers are already doing it, he added. “Obviously, after an appendage isolation that’s not enough. You also have to prove that their mechanical function is still preserved before you do that, so you need more information.”

Schmidt agreed with Natale that the study provided strong support for use of LAA occlusion devices in patients who have undergone electrical isolation of the appendage, pointing to a study from his group showing that patients did better with a device than with continued oral anticoagulation after such a procedure.

The authors acknowledge the need for additional studies as well. “The safety of LAA electrical isolation under optimal anticoagulation, as observed in this consecutive series, should be further evaluated in randomized trials before being generalized to newly introduced antithrombotic regimens,” they write. “Additionally, discontinuation of oral anticoagulation based on the LAA function irrespective of the CHA2DS2-VASc score in [these] patients is not a standard practice, and larger studies will be needed to verify the safety of this approach.”

Genes Bolster Case for Link Between Insomnia and CV Risk

Electrical Approaches to NVAF in 2018 (Standalone or in Combination With LAA Occlusion): Evidence and Practical Recommendations

Rationale for and Outcomes of LAA Closure Plus Pulmonary Vein Isolation