The dose-response relationship is clear, with investigators reporting that no amount of meat eating was safe. 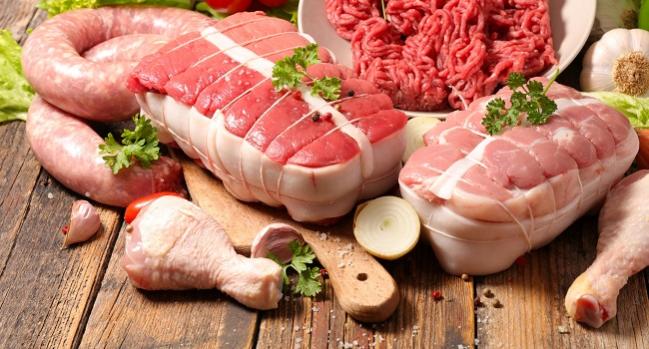 Eating meat, including both processed meat such as bacon, sausages, and hot dogs and unprocessed red meat, is associated with small increases in the risks of incident cardiovascular disease and all-cause mortality, according to pooled data from six prospective cohort studies.

“The increased risk associated with eating these animal-protein foods, particularly processed meat and unprocessed red meat, is small,” lead investigator Victor Zhong, PhD (Cornell University, Ithaca, NY), told TCTMD. “However, most people eat meat, poultry, and fish on a weekly or daily basis. This eating behavior is modifiable. Therefore, modifying intake of these animal-protein foods may be an important strategy to help reduce cardiovascular and premature death events at the population level.”

Zhong said the positive link between processed-meat intake and cardiovascular disease and mortality is largely considered well established. The link with unprocessed red meat, however, is less certain, although many studies have shown a positive association between eating red meat and cardiovascular disease and mortality. Dietary guidelines, on the whole, recommend limiting processed meat and unprocessed red meat to prevent chronic diseases, he said.

No Amount of Meat Shown Safe

Published online February 3, 2020, in JAMA Internal Medicine, the analysis included data from ARIC, CARDIA, the Cardiovascular Health Study, the Framingham Heart Study, the Framingham Offspring Study, and MESA, all of which are part of the Lifetime Risk Pooling Project. Baseline diet data were collected between 1985 and 2002, and the analysis included 29,682 participants (mean age 53.7 years; 44.4% men) followed for a median of 19.0 years. Median intake of processed meat, unprocessed red meat, poultry, and fish was 1.5, 3.0, 2.0, and 1.6 servings per week, respectively.

In the fully adjusted model, two servings per week of processed red meat was associated with an increased risk of incident cardiovascular disease when compared with no intake (HR 1.07; 95% CI 1.04-1.11). The absolute difference in risk over 30 years was 1.74%. Eating two servings of unprocessed red meat per week was also associated with an increased risk of cardiovascular disease (HR 1.03; 95% CI 1.01-1.06), as was eating a similar amount of poultry (HR 1.04; 95% CI 1.01-1.06), when compared with zero servings. The absolute differences in risk at 30 years were 0.62% and 1.03%, respectively. Only consumption of unprocessed red meat and processed meat was associated with all-cause mortality, and the magnitude in risk was similar to that of cardiovascular disease.

“Our study did not find a safe consumption amount for unprocessed red meat and processed meat,” said Zhong. “Only zero consumption was associated with no increased risk of heart disease and premature death.” The study, he added, indicated a clear dose-response relationship with respect to eating meat and outcomes.

From a clinical perspective, Zhong said physicians should try to individualize dietary recommendations based the patient’s disease status, existing risk factors, and treatment goals, rather than taking a one-size-fits-all approach. “Nonetheless, limiting or stopping eating unprocessed red meat and processed meat can be an appropriate recommendation given the current evidence,” he said. “There are many other healthier choices including egg whites, fish, and plant-based sources of protein such as nuts, legumes, and whole grains.”

Last year, a group of Canadian researchers rattled the dietary field anew when they published a controversial meta-analysis and systematic review questioning the association between meat consumption and adverse cardiometabolic outcomes and mortality. While the study did show that limiting processed meat and unprocessed red meat was associated with a small reduction in the risk of cardiovascular mortality, stroke, MI, and type 2 diabetes, they concluded that the quality of evidence was of “low certainty.” As such, the researchers questioned whether dietary guidelines should continue to advocate for limiting meat.

To TCTMD, Zhong said the results from that meta-analysis and systematic review are generally consistent with the latest findings, with both studies showing that eating processed meat and unprocessed red meat is positively associated with cardiovascular disease and mortality. The dietary recommendations that emerged from the meta-analysis and review—that adults continue with their current consumption of red meat and unprocessed meat—contradicted the researchers’ own data, as well data from other studies, said Zhong.

The methodology of the 2019 paper also was challenged, as Zhong pointed out, and study investigators were later criticized when it was reported that the lead author Bradley Johnston, PhD (Dalhousie University, Halifax, Canada), failed to disclose previous funding from AgriLife Research, a state agency affiliated with Texas A&M University that’s partially funded by the beef industry.

Dedicated Structural Heart Training Pathway in the Works for Surgeons

Complete PFO Closure May Be Key for Migraine Reduction