Whether transcatheter heart valves will last as well as surgical bioprostheses is an issue that has garnered increased attention in recent months. 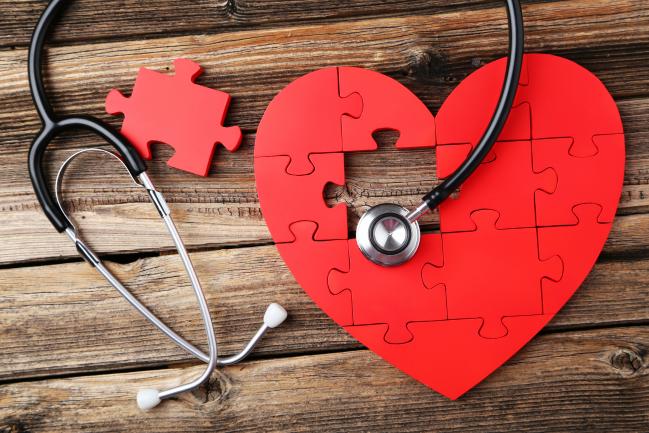 WASHINGTON, DC—New data from the PARTNER 1 trial and some single-center studies are “reassuring” in terms of the midterm durability of TAVR, although a common refrain here was that there remains a need for a standardized definition of valve degeneration and longer-term follow-up.

A look at trends in hemodynamic parameters in PARTNER 1 and their relationship with death and reintervention up to 5 years after TAVR suggests that structural valve deterioration does not frequently occur, Pamela Douglas, MD (Duke Clinical Research Institute, Durham, NC), reported at TCT 2016.

Only 20 of the roughly 2,400 patients included in the analysis required reintervention, and in only five of those cases was it due to a structural cause (aortic stenosis in one, valve thrombosis in one, and transvalvular aortic regurgitation in three). The rest were related to paravalvular leak, procedural implant complications, or endocarditis.

He pointed out that two single-center studies looking at patients with more than 5 years of follow-up after TAVR—one from Germany and one from his center in Vancouver—presented at TCT also showed very low rates of structural valve degeneration using varying definitions. A third study from Rouen University Hospital in France provided similar results. “I think this reinforces . . . that the structural integrity of these valves is good enough for the patients we are currently treating,” Webb said, referring primarily to elderly patients with a high burden of comorbidities.

But, he added, “what we really need is more information on the durability in patients who are going to have more longevity.”

Clarity is also needed on which definition of structural valve deterioration should be used moving forward, he said, noting that looking at freedom from reoperation—which has been used in many surgical series—“is a very broad and ineffective way to look at this.”

That said, current evidence suggests that transcatheter valves have durability comparable to surgical valves, according to Webb. “I think people should be very reassured,” he said, calling, though for “more and longer-term follow-up both of transcatheter and of surgical valves.”

Whether transcatheter heart valves will hold up as well as surgical bioprostheses is an issue that has garnered increased attention since a presentation in May at EuroPCR suggested that among patients who survive at least 5 years after TAVR, up to half will have their valves begin to deteriorate by 10 years.

At a TCT press conference, Jeffrey Popma, MD (Beth Israel Deaconess Medical Center, Boston, MA), while questioning the definition of valve deterioration in that study, credited the presentation with getting the field to take a more in-depth look at the issue. “My impression was it was a good start to talking about structural deterioration, but the data [like Douglas presented] with numerators and denominators in good sets is actually what we need.”

For the PARTNER analysis, investigators looked at data from all patients who underwent successful TAVR with the first-generation Sapien valve (Edwards Lifesciences) in either of the trial cohorts or the continued access trial. Postimplantation echocardiography was performed at 7 days, 30 days, 6 months, and 1 year, and then annually thereafter. The analysis included 2,404 patients who had serial echo data available, including 282 patients who survived to 5 years.

The researchers first looked at trends in mean gradient, Doppler velocity index, and effective orifice area, finding favorable changes immediately after the procedure followed by stabilization for up to 5 years. That suggests “freedom from structural valve deterioration, as would be expected for midterm follow-up of a surgically implanted bioprosthesis,” Douglas said, pointing out that similar trends in hemodynamics were seen in the patients who underwent surgery in the trial.

Next, the investigators examined the relationship between clinical events—specifically death and reintervention—and the hemodynamic variables. If those events were due to structural valve deterioration, Douglas said, they would be associated with a higher mean gradient and lower Doppler velocity index. What was observed, however, was that patients who had events had a lower mean gradient, ejection fraction, and stroke volume index, with no difference in Doppler velocity index.

That suggests, Douglas said, “that these hemodynamic patterns are associated with a primary causative role for low-flow, low-output states due to underlying or concomitant disease rather than to valve deterioration.”

“As somebody who does a lot of TAVIs, I feel very comfortable that actually we’re doing the right thing,” he said.

Another panelist, Robert Bonow, MD (Northwestern Medicine, Chicago, IL), agreed but pointed out that the study included only first-generation devices. He also called for longer-term data, adding, “As we move into a less-sick, younger population with newer devices, we need to keep an eye on this topic, because durability really is the remaining frontier that we need to overcome in terms of moving to younger patients.”

At the press conference, Popma also highlighted the work that remains to be done to help settle the durability question. “This is one step of 30 steps that we’re going to make over the next several years to figure out the durability of transcatheter valves,” he said, pointing out that ongoing trials in lower-risk patients will include serial echocardiography for up to 10 years.

Highlights (and my Interpretations) From: PARTNER I 5-YEAR Echo and PARTNER II Quality of Life

First Look at Long-term Durability of Transcatheter Heart Valves: Assessment of Valve Function up To 10-years After Implantation