Studies have linked migraines to ischemic stroke and MI, but a new analysis also sees an uptick in the risks of venous thromboembolism and A-fib. 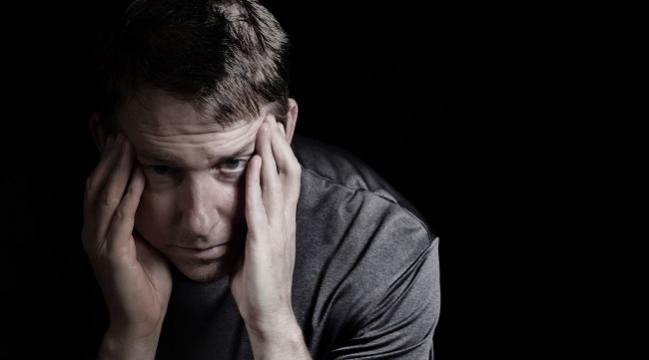 Migraines may heighten the risks of a wider range of cardiovascular diseases than previously thought, bolstering calls for the debilitating headaches to be included in CVD risk prediction tools, according to researchers of a nationwide population-based study.

While migraines, particularly when paired with aura, have been linked in the past with an increased risk of ischemic stroke and ischemic heart disease, the new findings extend the association to other forms of cardiovascular disease including venous thromboembolism and atrial fibrillation.

“What we found was that the absolute risk at the individual level was quite low, which we expected to see because of the relatively young age of the study population—we had a median age of 35 years in our study,” Kasper Adelborg, MD, PhD (Aarhus University Hospital, Aarhus, Denmark), lead author on the study, told TCTMD. “At the individual level the risk is still very small,” he said, “but looking at a population level at this association, this translates into a substantial increased risk, because migraine is so prevalent.”

Adelborg and colleagues reported their findings online this week in the BMJ.

Additional analyses indicated that these associations were more marked for women than for men, for those with aura versus no aura, and in the short term following a migraine incident (0-1 years) as opposed to further out.

“Migraine may be an important risk factor for most cardiovascular diseases,” Adelborg and colleagues conclude.

Adding Up the Risks

To TCTMD, Adelborg noted that, to date, migraine has been included in at least one CVD risk prediction tool: the Qrisk3 calculator. “That’s also underscoring the increasing recognition of migraine as a risk factor for cardiovascular outcomes,” he said. “Clinicians should take all relevant variables into account when assessing an individual patient’s risk.”

Commenting on the study by email, Peter Wilmshurst, MD (Royal Stoke University Hospital, Stoke-on-Trent, England), told TCTMD that the study “extends and confirms what we already knew from epidemiological studies, namely that migraine, particularly migraine with aura, is associated with an increased risk of cardiovascular problems. We knew about the increased risk of stroke and myocardial infarction, and now some more cardiovascular diseases have been identified as having a greater incidence in migraineurs.

“Unfortunately, the epidemiological studies do not provide any insight into the mechanism or mechanisms,” he added.

Among the plausible contenders, Wilmshurst continued, is paradoxical embolism across a PFO, altered platelet function associated with migraine and migraine with aura, or anti-migraine treatments themselves. “Until we can drill down by performing further investigation and find which migraineurs are at greatest risk—or increased risk compared with the general population—we will not be able to provide treatment to ameliorate the increased risk,” he stressed.

Adelborg noted, however, that the aim of the current study was not to explore underlying mechanisms. That said, the breadth of the findings and the different degree of risk at different time points hint that migraine likely exerts a multifactorial effect on cardiovascular endpoints. For example, cerebral artery vasospasm could play a causal role in both migraine and ischemic stroke whereas venous thromboembolism might be secondary to prolonged bed rest during a migraine attack.

Asked by TCTMD how presence of migraine should be considered alongside other, more traditional CV risk markers such as blood pressure or lipids, Adelborg stressed that the study was not designed to answer this question but that, in his opinion, it likely could be play an additive role.

In an editorial accompanying the paper, Tobias Kurth, MD, ScD (Institute of Public Health, Charité – Universitätsmedizin Berlin, Germany), and his co-authors appear to agree, but they add that having this information offers little in the way of solace to patients.

“We now have plenty of evidence that migraine should be taken seriously as a strong cardiovascular risk marker,” Kurth and colleagues write. “However, whether migraine itself is the problem or whether the disease is a marker of another underlying cause remains unclear. From the patient’s perspective, this knowledge, coupled with a lack of evidence on any possible solutions to lower cardiovascular risk, contributes to feelings of anxiety, helplessness, and frustration.”

PFO Closure for Migraine: Dead, Alive, or in Need of Another Trial?