Experts at STS argue for increased education, collaboration, and mentorship to overcome some of the intrinsic human hurdles all surgeons face. 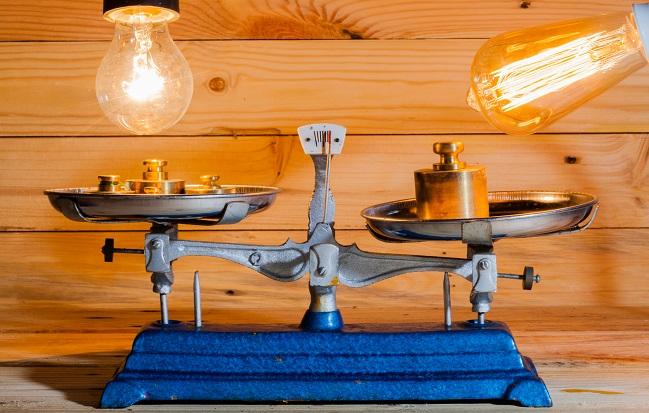 SAN DIEGO, CA—Unconscious and implicit biases can and do affect the day-to-day decision-making processes of even the most aware physician, yet change can come through education, interaction, and conversation, according to experts speaking during a dedicated session at the annual meeting of the Society of Thoracic Surgeons (STS).

Even though the turnout to the session, which was co-sponsored by the Women in Thoracic Surgery (WTS) group, was “excellent,” moderator Valerie Ann Williams, MD (St. Elizabeth Healthcare, Cincinnati, OH), told TCTMD she wished “the whole society was here.” Because “the mind doesn't know what the eye doesn't see, so to speak. . . . Bringing attention to [bias] is the first step,” she added.

Discussing the issue of gender bias in the male-dominated cardiothoracic field, DuyKhanh Ceppa, MD (Indiana University School of Medicine, Indianapolis), said that women “are inherently violating gender schemas” and experience a backlash as a result.

Of note, “as attending surgeons, we know that a woman physician typically scores lower with patient satisfaction ratings than male physicians, despite similar practices, although the data on patient satisfaction scores are conflicting,” she said. “Women physicians typically scored lower with teaching evaluations from both medical students and residents, which by the way has an indirect effect on our ability to get promoted.”

“What I want you to take home from this is that responses from men and women diverge more often than they converge,” Ceppa said. “Given that less than 10% of currently practicing cardiothoracic surgeons are women, . . . women cardiothoracic surgeons are practicing with colleagues and leaders who do not even perceive, much less acknowledge, the inherent disadvantages under which they are practicing. It is incumbent upon us to increase awareness of gender bias, but more importantly, to advocate for policies that would assist in mitigating the negative impact of these biases.”

Jessica Donington, MD (University of Chicago, IL), who spoke during the session, said it’s important for physicians to first recognize unconscious and implicit biases “so that we know how to go around them, how to bypass them, [and] how to recognize them in ourselves and in others.”

Donington highlighted several studies which have shown that scores on the implicit-association test, which measures the strength of a person’s association with distinct objects and feelings, correlate with discriminatory behavior. This translates into subtle ways individuals evaluate certain professional candidates or how they treat their patients,” she said.

Implicit bias is “in all of us and it's important that we recognize it,” Donington stressed. “It's part of how we survive in a complex society, but it's a little bit of a bad byproduct of that, and we need to be able to recognize and learn how to work around it as our society becomes more advanced and our field does also.”

Turning the conversation to racial bias, presenter Jane Yanagawa, MD (UCLA, David Geffen School of Medicine, Los Angeles, CA), acknowledged that few data exist on “how implicit bias might affect provider and provider interactions in a diverse healthcare team and also how that then translates into patient outcomes.”

But such biases aren’t the only thing that can affect the racial dynamic, and thereby perpetuate racial disparities, she said. “For example, racial anxiety, that just means having anxiety about interacting with someone of a different race, . . . is essentially a self-confirming belief that you as a member of a certain group will be evaluated by a negative stereotype that affects that group.”

Additionally, to illustrate the concept of microaggressions, Yanagawa told the story of how she was recently mistaken for not one but two different Asian surgeons—one who is male—at a clinic she has visited on a monthly basis for 5 years. “I’m not proud that I got upset, maybe it's racial anxiety, but I just could not believe it,” she said, adding that this video also explains the concept of microaggressions in a digestible manner.

“Implicit bias in terms of racial disparity in healthcare is obviously very important,” she concluded. “It has the potential to kill people or ruin people's careers, and in terms of microaggressions, the ability to really take away your individuality and reduce your self-worth.”

Mentorship and sponsorship are solutions to this problem, according to Robert Higgins, MD (Johns Hopkins University School of Public Health, Baltimore, MD). “Unconscious bias impacts medicine and surgery across the spectrum of learners and faculty,” he said during his presentation. “In fact, it can really be a challenge. But now we're responsible for addressing the issues. It's going to require strategic effort and commitments, not just platitudes and observational data.”

Given that “you can’t be what you can’t see,” Higgins stressed the importance of the visibility of women and underrepresented minorities in leadership positions. “While this doesn't mean that white men can't be great mentors and role models, and many of them in my story have been instrumental, . . . it does become a challenge for women and for those who are underrepresented in our environment to aspire to aspirational leadership roles if they don't see examples of success.”

Many programs used today by organizations to reduce bias and increase diversity are out of date and rely solely on changing manager-level behavior, Higgins said. Many may even activate the biases of some participants given how people tend to react against rules.

Instead, “the solution may be providing opportunities for a more collegial work environment,” he suggested. For example, exposing faculty to a more diverse group in which to collaborate will enable them to engage in mentorship of those who have been underrepresented in surgery until now.

With regard to mentoring in the era of #MeToo, Higgins said that if men see it as a positive experience, they will “speak up” for the success of their female colleagues. “It also inspires male mentors to see the big picture, and so from that perspective, they are prepared to not only respond when they observe sexist behavior but also right some wrongs. It's a reciprocal relationship that I think makes a big difference.”

In a discussion following the presentations, Leah Backhus, MD, MPH (Palo Alto VA Health Care System, CA), commented on the challenge of coming to terms with the fact that everyone has their own unconscious and implicit biases.

“I walk into the OR, and I may very well assume that this female with scrubs on is the circulator, which is terrible, right? But then I say, ‘I am sorry, I've totally been assumed to be the circulator a million times too. So I get it and let's just move on.’ How can we perpetuate that level of destigmatization and consciousness to actually try to tackle the problem?” she asked.

Donington replied that education is key. “When people say the wrong thing to me, I smile, I educate them, and move on,” she said.

“No one, I don’t think, is upset about someone who is sorry for something,” Yanagawa added. “It’s that you're more upset about what does that mean, that there are all these other consequences related to the fact that someone said that to me right now.”

Williams said change will ultimately take a while, “but I think this is the first step. It's just recognition and discussion.”

TAVR-Related Complications, High Resource Use Decreasing at a Surgeon-Led Program

Is There a Volume-Outcome Relationship With Newer TAVR Valves? Maybe Not, Registry Suggests