Most patients aged 50 or below didn’t meet criteria set by current cholesterol-treatment guidelines, according to registry data. 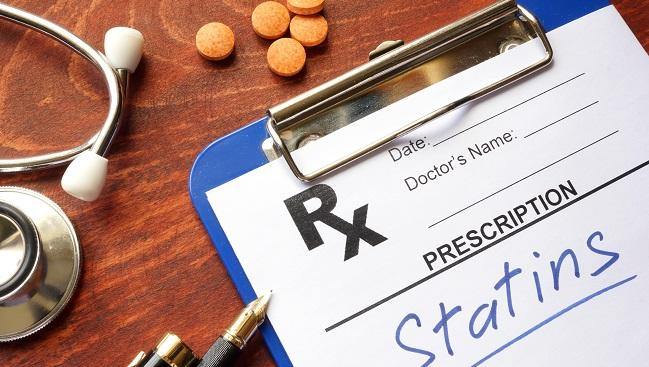 ANAHEIM, CA—Only a minority of patients in their 50s or younger who experience a first MI are on statin therapy prior to their event, according to new data from the YOUNG-MI Registry. Even more striking, researchers say, is that among those not on the drugs, more than half wouldn’t have met the guideline-specified criteria for statin therapy in the first place.

Current means of estimating risk used by both the 2013 American College of Cardiology/American Heart Association (ACC/AHA) cholesterol guidelines and the 2016 US Preventive Services Task Force (USPSTF) statin recommendations are “heavily influenced by age and gender,” explained senior author Ron Blankstein, MD (Brigham and Women’s Hospital, Boston, MA). “As a result, most young individuals, even when they have risk factors, are classified as having low risk and do not meet the criteria to be on statin therapy.”

This gap speaks to the need for better risk-assessment tools, Blankstein told TCTMD in an email. Missing out on statin therapy is only one consequence of patients falsely being classified as “low risk,” he explained, adding that “other implications [can include] more lenient treatment of other modifiable risk factors.”

Underlying risk factors should be treated aggressively, even if patients are considered to be at ‘low risk’ based on our guidelines. Ron Blankstein

The YOUNG-MI findings were presented today at the American Heart Association 2017 Scientific Sessions in Anaheim, CA, and simultaneously published online in the Journal of the American College of Cardiology.

For their analysis, Blankstein along with lead author Avinainder Singh, MBBS (Brigham and Women’s Hospital), and colleagues started with a cohort of 1,685 patients who had a type 1 MI by the age of 50 between 2000 and 2016. Among them, only 210 (12.5%) received statins prior to their MI.

The researchers then excluded the statin-treated group, leaving a cohort of 1,475 patients with a median age of 45 years. More than half (57%) presented with STEMI, 20% were women, and 72% were white. Most (83%) had at least one CV risk factor (diabetes, dyslipidemia, hypertension, or smoking). The patients’ median 10-year risk of developing atherosclerotic cardiovascular disease was 4.8%.

Based on the 2013 ACC/AHA guidelines, only 49% would have been considered candidates for statin therapy. And according to the 2016 USPSTF recommendations, the proportion of statin-eligible patients dropped even further, to 29%.

Overall, 63% of women and 46% of men were not eligible for statins according to either the ACC/AHA or USPSTF metrics (P < 0.001). In terms of risk factors, women were less likely to have hyperlipidemia than men and tended to have lower total cholesterol, LDL, and triglyceride levels as well as higher HDL level. Yet women were significantly more likely to be obese and nonsignificantly more apt to smoke.

One of the difficulties in ascertaining risk is that “our current techniques lack specificity,” Blankstein said. “At this time, rather than saying that we should just treat all young individuals—a method that would certainly reduce events but would also result in overtreatment in many—we conclude . . . there is a need recalibrate existing risk scores or develop novel approaches for risk prediction among young adults.” Also, he said, “greater emphasis on cardiovascular disease prevention is needed, since around 90% of these individuals who experience an MI at a young age had at least one risk factor.”

Clinicians should be alert to risk factors such as smoking—“remarkably,” Blankstein pointed out, 52% of patients here were smokers—as well as family history of premature CVD, hypertension, dyslipidemia, and diabetes. “Underlying risk factors should be treated aggressively, even if patients are considered to be at ‘low risk’ based on our guidelines, and all patients should be counselled on the important role of diet and exercise for CVD prevention,” he advised. Selective use of coronary artery calcium scanning could be considered, Blankstein suggested, and eventually genomic and proteomic techniques may prove useful in identifying those at risk.

Regarding care for female patients, Blankstein pointed out that MI rates are lower in younger women than in younger men. That said, the risk calculators performed more poorly in women. Another YOUNG-MI analysis released this week at AHA, with Amber Fatima, MD (Brigham and Women’s Hospital), as lead author, also was revealing, he added. “Importantly, . . . women who had an MI had a worse prognosis than men,” with higher odds of readmission at 1 year, which highlights “the need for aggressive secondary prevention in women who experience a MI at a young age.”

One question is whether putting large numbers of young patients on statins for periods spanning decades might also have ill effects.

Asked by TCTMD about this possibility, Blankstein reassured: “Statins have been widely used for several decades now, and we have not observed any signal of harm from long-term therapy.” Moreover, he stressed, studies have shown that when it comes to therapies for reducing LDL cholesterol, the message is the lower, the longer, the better. “Thus, there is a compelling argument that can be made for starting statin therapy earlier in life, if we can do so for the right patients,” he said.

“And we must remember that our prevention efforts should target more than just who needs to be on a statin, and that given the profound burden of cardiovascular disease, population-wide primordial prevention efforts need to be started as early as possible for all individuals,” Blankstein concluded.

Smoking and Acute MI: The Younger the Patient, the Higher the Risk