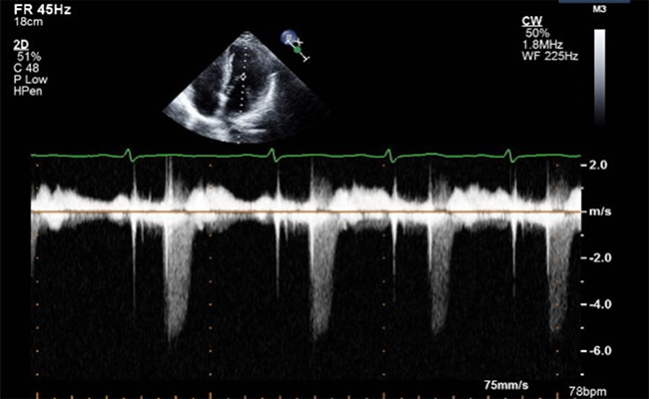 WASHINGTON, DC—Early commercial experience in the United States with percutaneous mitral valve repair is consistent with other registries despite mortality rates hovering around 20% at 1 year for patients with successful procedures, according to the latest report from the Society of Thoracic Surgeons (STS)/American College of Cardiology (ACC) Transcatheter Valve Therapy (TVT) Registry.

The outcomes for patients treated with MitraClip (Abbott Vascular) were presented last week by Paul Sorajja, MD (Minneapolis Heart Institute, Minnesota), during the American College of Cardiology 2017 Scientific Session. MitraClip was approved by the US Food and Drug Administration (FDA) in 2013 for the treatment of patients with significant symptomatic degenerative mitral regurgitation (MR) who are at prohibitive risk for surgery. But since the early days of its FDA review, the device has been plagued by questions of efficacy and whether the benefits outweigh the risk.

Sorajja reported that at 1 year the cumulative mortality rate was 25.9% and the rate of hospitalization for heart failure was 20.2%. Either of these events occurred in 37.9% of the cohort. Among patients with postprocedural grade 3/4 MR, however, the 1-year mortality rate was 48.9% compared with 29.2% for those with grade 2 and 21.7% for grade 0/1.

“I think [these outcomes] are on par with what we would expect,” Sorajja told TCTMD. “If you compare the TVT Registry outcomes with other national and multinational studies, as well as EVEREST preclinical data, the mortality estimates and heart-failure hospitalization are all pretty much in line. The challenge here is that we just don’t have a comparator, because these are patients who do not have any surgical option.”

Sorajja presented data through September 2015 from the registry, which collects patient-level data on transcatheter valve repair and replacement procedures at 250 sites in the United States. The current analysis included 2,952 MitraClip patients from the registry. Of these, 1,865 (63%) had available linked Centers for Medicare & Medicaid Services data on 1-year outcomes.

For the entire cohort, acute procedural success—defined as mitral regurgitation of grade 2 or less without cardiac surgery or death—was high at 91.8% for all registry patients. In-hospital mortality was 2.7%, and the average length of stay was 2 days, with 85.9% of patients discharged directly home. These numbers suggest outcomes are improving slightly—in a 2015 presentation at ACC, Sorajja reported that hospital stay averaged 3 days, with 82% of patients discharged directly home.

To TCTMD, he said comfort with the procedure is the most likely explanation for those improvements in the more recent data. “There is little reason to keep these patients in the hospital longer and we’ve seen that the risk of in-hospital complications is low, which I think is what contributes to these numbers going down,” Sorajja commented.

The TVT Registry differs from other registries such as SENTINEL, ACCESS-EU, and the EVEREST II HRS in that the population is older with higher rates of degenerative MR and lung disease. Additionally, 16% of the population has TR, which is considered an exclusion criterion in most studies of the MitraClip device, Sorajja pointed out. This includes the ongoing COAPT trial, which is randomizing patients with grade 3 or greater functional MR and symptomatic heart failure to either MitraClip or optimal medical therapy.

During his presentation, Sorajja said the 21.7% rate of mortality at 1 year for patients with grade 0/1 MR—so-called “one and done” patients—is “a little bit disappointing, but that’s the high-risk nature of this population.” Just over half of the cohort was considered frail at baseline, the average STS PROM score was 6.1%, 5% of patients had NYHA class III/IV heart failure, and 93% had grade 3/4 MR.

To TCTMD, Sorajja said he considers the results to be positive overall but also noted that the poor outcomes for patients with functional MR await further clarification from the COAPT data. This study, he said, “should be highly powered to show the benefit or lack thereof, of MitraClip in those patients.”

Panelist Gregg W. Stone, MD (Columbia University Medical Center, New York, NY), observed, “The TR finding is very interesting as an independent predictor of mortality, and supports a lot of other studies that we have seen recently.”

Similarly, panelist Francesco Maisano, MD (University Hospital Zurich, Switzerland), said it is important to keep an open mind when considering MitraClip in patients with TR, but he added that it is difficult to know when tricuspid insufficiency is a marker of advanced disease.

“It has to be so individualized because, first of all, the prognosis is very poor for untreated TR,” Sorajja commented. “But on the other hand, if you have a patient in front of you who wants a chance to feel better, even to a mild degree, where do we draw that line? MitraClip has never been proposed as a life-saving therapy, but it has been proposed as a quality-of-life improvement therapy. I’m not saying MitraClip is palliative, but it is a therapy that is known to improve heart-failure symptoms and hospitalization.”