For many, the ability to ease administrative burdens and negotiate more forcefully with insurers is appealing. 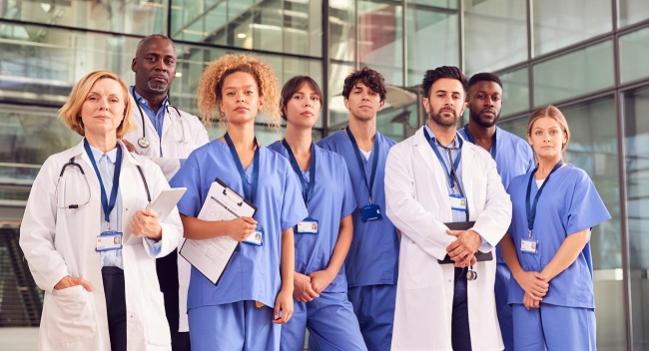 Cardiologists are ever more likely to join larger practices with their peers and less likely to go it alone, according to an analysis of US data comparing 2013 and 2017.

“Anecdotally, we knew that there is a lot of consolidation” in healthcare, among insurers, hospitals, and primary care physicians, he said. “The question was: are we seeing it in one of the biggest outpatient specialty groups, cardiologists? The answer is, yes, it is happening.”

Although not that numerous, very large practices are on the rise—the proportion that had 50 or more cardiologists nearly doubled over the 5 years, the researchers report in their paper published online ahead of the August 4, 2020, issue of the Journal of the American College of Cardiology. “Those practices are huge. And what we’re seeing is the loss of small practices with cardiologists: these are solo practices or maybe [offices] where they have a partner or maybe they work with a few more cardiologists. That’s all declining in favor of joining these larger practices,” Figueroa told TCTMD.

What remains to be seen, he said, is how this trend affects healthcare costs and quality in the long run, as well as how the patient-physician relationship might evolve.

If you’re [in a small practice], nobody’s looking over your shoulder. You’re just doing what you do. But if you’re in my group, we have peer review and we hold each other accountable. Christopher J. White

The researchers also sought out whether market-level factors might be influencing consolidation, and they found that practices in geographic regions with higher concentration—ie, fewer healthcare systems divvying up the patient population—were more likely to have more cardiologists. Yet “greater growth in the number of cardiologists in practice together was not associated with physician-level characteristics, such as age and sex of physician within a market, or community-level factors, such as median income or the proportion of white patients in the community,” they note.

A ‘Port in the Storm’

Some cardiologists may bristle at the loss of independence, but not all consolidation is the same, Christopher J. White, MD (Ochsner Medical Center, New Orleans, LA), observed to TCTMD. Profit-minded hospital systems buying up smaller practices, for instance, are a different beast compared with what happens when clinicians choose to join forces. At Ochsner, physician-led consolidation has improved efficiency and reduced financial risk to practitioners, he said. It also has given them more power to negotiate with insurers.

Both he and Figueroa agreed that the shift in US healthcare toward value-based payments is instrumental. This has put more of an onus on physicians to report quality, keep electronic health records, track patients, and think more broadly about the care they provide. “It is not easy to deal with the administrative complexity,” Figueroa said, adding, “It’s also really hard if you’re a solo practitioner to figure out all of the different regulations that are being passed on to you. And so there’s a huge incentive to join larger groups, because you can spread the administrative burden across a bigger number of doctors.”

On top of these factors is the desire to promote physician well-being and avoid burnout—larger practices can offer more control over work hours, freedom to take vacations, and support from colleagues.

It’s unclear how these settings affect the doctor-patient relationship, Figueroa said. And unfortunately, consolidation may mean rural populations will be underserved as providers move toward urban centers, he added. There also are signs that larger groups lead to higher healthcare costs.

For White, who didn’t take part in the study, a “silver lining” is the ability of group practices to enable better care. “How do we make sure that we [meet] appropriate use criteria? How do we make sure that we’re not doing unnecessary procedures? Well, if you’re [in a small practice] out there, nobody’s looking over your shoulder. You’re just doing what you do. But if you’re in my group, we have peer review and we hold each other accountable,” he noted.

In the face of the COVID-19 pandemic, the greater stability offered by larger practices may be appealing.

Cardiologists paid under a fee-for-service model have likely been suffering as patients have stayed home, Figueroa pointed out. “I’m suspecting they took huge financial hits in the COVID era, and it’s going to be really interesting to see what happens in terms of where cardiologists go to practice. The people that are most at risk are the small practices.”

But “let’s not just limit this to COVID, because there will be another pandemic after COVID,” White stressed.

“The universe is too small and too interconnected. It’ll be Ebola or another unnamed virus, there will be something—this is not the last pandemic that we’re going to see,” he continued. “Hopefully these difficult lessons we’re learning in the United States today about a lack of national response will inform our next round. We didn’t have to do this. We could’ve been South Korea. We could’ve been Germany. We chose not to be Germany, and it’s killing us.”

Natural disasters, pandemics, and the like “will drive consolidation because they’re disruptors. And disruptors make you change,” he concluded. Physicians, White predicted, may be ever more apt to seek a “port in the storm.”

Which Modality and When? New Guidance for Cardiac Imaging in COVID-19

An Age/Old Dilemma? Pulling Senior Cardiologists From the Front During COVID-19

American College of Cardiology Steps Up: Equal Pay, Opportunities for All