In a retrospective analysis of patients who underwent total knee arthoplasty between 2013 and 2015, aspirin was not inferior to other anticoagulants. 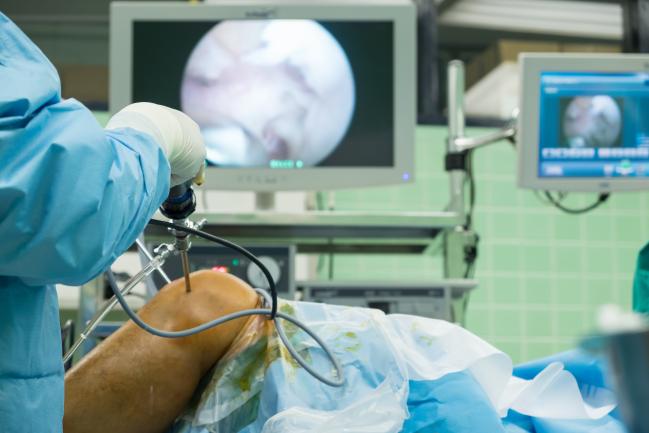 Brandon R. Hood, MD (University of Michigan, Ann Arbor), and colleagues note that the selection of prophylaxis for TKA patients is the subject of “significant debate,” with the decision being subject to individual practice variations and interpretation of clinical guidelines.

According to Hood and colleagues, a 2008 practice survey conducted by the American Association of Hip and Knee Surgeons found that while most orthopedic surgeons felt low-molecular-weight heparin (LMWH) was the best choice, “aspirin was felt to be the easiest to use with the lowest risk of bleeding or wound complications.”

Commenting on the study for TCTMD, Alok Kapoor, MD (University of Massachusetts Medical School, Worcester, MA), said improvements in TKA technique and postoperative care have had an additive effect on the low rates of VTE seen in contemporary practice.

"We've spent a lot of energy trying to decide on which agent is best, but I think there's a body of evidence suggesting that it’s not really that important which agent you choose, including whether you use aspirin. If you have a good nonpharmacologic program that includes getting the patient up the same day as surgery, and use of passive motion machines and pneumatic compression . . .  and you have them on some form of pharmacotherapy, you can probably prevent most of these events," Kapoor said.

Aspirin Noninferior to Other Agents for PE, DVT, and Death Risk

In the paper, published online October 17, 2018, in JAMA Surgery, Hood and colleagues examined data on 41,537 patients enrolled in the Michigan Arthroplasty Registry Collaborative Quality Initiative who underwent TKA between 2013 and 2015 and were followed for 90 days for events.

Compared with patients receiving any VTE prophylaxis, those receiving none had a much greater increased risk of the primary composite endpoint of PE, DVT, or death (adjusted OR 5.13; 95% CI 3.74-7.02).

Hood and colleagues also note that the use of aspirin increased from 10.2% to 50.0% during the course of the study period, with no concurrent rise in VTE or bleeding events.

According to Kapoor, those numbers are consistent with other reports and reflect the increasing comfort of surgeons with using aspirin alone. Without a large randomized trial to confirm that aspirin is equivalent, though, clinicians are basing their judgment on experience and small, nonrandomized databases.

Hood and colleagues note that clinicians may prefer it over other agents due to the fact that it is simple and safe.

“Aspirin is also much less expensive,” they write. “The reported cost for a 30-day supply of rivaroxaban is approximately $379 to $450 and that of LMWH is estimated at $450 to $890.29. Warfarin costs a few dollars for a 30-day course, but with monitoring considered, the cost approaches that of the other anticoagulants. In contrast, aspirin costs approximately $2 per month, and no monitoring is needed.” Still, Hood et al say clinical judgment should guide therapy selection.

“The question remains unanswered of which specific selection criteria should be used to determine a recommendation for an exact pharmacologic agent, and generalizing to all patients would be inappropriate based on this study,” the editorialists write. “More granular, nuanced risk stratification may further direct surgeons in their VTE prophylaxis choice.”

Sterling and Haut go on to say they still want more data because “the story is far from over.” They suggest that answer will likely come from the ongoing, randomized PEPPER trial, which is comparing low-dose aspirin, warfarin, and rivaroxaban in 25,000 patients.